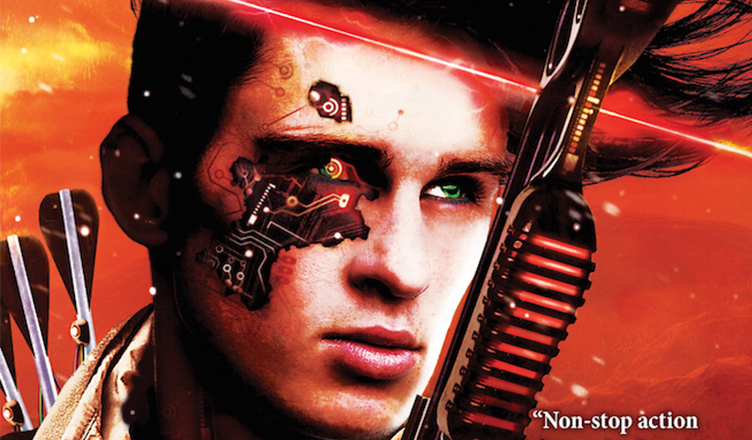 When a new enemy threatens her home, Riven’s 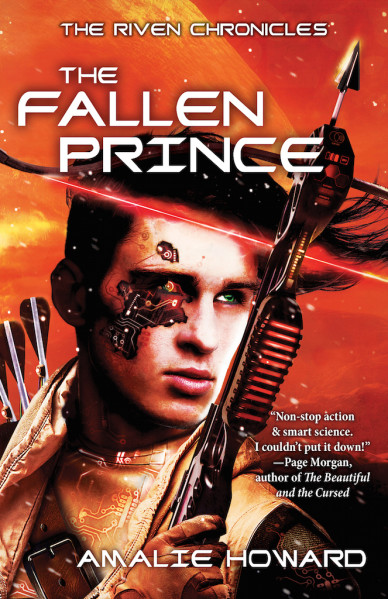 only hope may be the man who made her a monster.

Riven has fought for a hard-won peace in her world, and has come to shaky terms with who and what she is—a human with cyborg DNA. Now that the rightful ruler of Neospes has been reinstated, Riven is on the hunt for her father in the Otherworld to bring him to justice for his crimes against her people.

But when she receives an unwelcome visit from two former allies, she knows that trouble is brewing once again in Neospes. The army has been decimated and there are precious few left to fight this mysterious new threat.

To muster a first line of defense, her people need help from the one person Riven loathes most: her father. But what he wants in return is her complete surrender.

And now Riven must choose: save Neospes or save herself.

Last week I reviewed Amalie Howard’s novel “The Almost Girl.” I’m sure most of you remember it, seeing as how I called the book a “hot mess” gave it 2.9 stars then immediately turned around and boasted about how much I enjoyed it. (Believe me, I’m as confused as you are.) My reason for recommending the book was based entirely on it’s ability to be an entertaining distraction. (An underrated quality I hold infinitely dear.)

Now, at the risk of spoiling “The Almost Girl” (that’s code for: if you haven’t read it, maybe you should stop reading this review) it’s fairly safe to say that things (by the end of the novel) were pretty much tied up with a cute little cyborg bow. The evil scientist was chastised, the slightly creepy clone king was ousted from power, (banished to the Outers where really large things enjoy eating things like him) and Riven was free to be a happy little hybrid. In short, I could have stopped with “The Almost Girl” and been perfectly content. There was no cliffhanger.

However, the title of the second book “The Fallen Prince” grabbed my attention. Where in the world could Howard possibly take this story? How much more was I willing to believe before I threw in the towel? I guess it was time to find out. So I gave it a go. Hell, I had nothing better to do.

Let me start out first by saying that “The Fallen Prince” was significantly better than it’s sister. On all fronts. The action wasn’t as stumbly, the plot was a little less predictable (I stress the word little) and the overtly cliched characters finally broke away from the molds that were holding them back.

The biggest problem I had with Riven in the first novel was that she was nothing that she claimed to be and everything she despised. She was weak. It’s as simple as that. In “The Fallen Prince” she finally filled the shoes she was meant to. She was strong, determined, and decisive. Admittedly she was still naive, but I can forgive that and chalk it up to being a teenager forced into adult situations.

As for Caden, he was also privy to a whirlwind transformation. The most significant being his ability to convey genuine emotion. In “The Almost Girl” Caden was the Mary. Despite his rather blase’ approached to dating (“It was easy.”) he was the obnoxiously perfect character. He was always kind, always understanding, and always said the right thing at the right time. It was kind of nauseating. Thankfully Howard injected him with a few more guts when it came to continuing his story. Not only did he issue tough commands, but he also got jealous. On several occasions. It was kind of beautiful.

But Riven and Caden weren’t the piece de resistance of “The Fallen Prince” it was their nemesis. Oh holy crazy balls. WHAT AT NUT JOB!

I won’t give you details about the who/what/where of said nemesis (though it’s fairly simple to figure out) but I will say that the choices made surrounding him were spot on. The added tension, the complete disregard for human life, his ice-cold negotiating skills, they had me glued to the edge of my seat. Especially when all of his choices involved an entirely new world of devious, jungle-kin, slave owning characters. It was a cacophony of bull-crap wrapped in a blanket of lies and I enjoyed every last second of it.

All of that said, it’s still situational fiction, much like “The Almost Girl” which means a vast majority of people are NOT going to enjoy the romp through Riven’s parrallel universe as much as I did. Though not as sloppy as the first novel it still had it’s moments. It was still predictable in places, and the ending was a bit of a slow burn after such a roaring fire. But if you enjoyed “The Almost Girl” I’d reckon that you’ll enjoy this as well. However, if you are looking for a serious novel, or at the very least serious science fiction. You might want to keep looking.

Me? I’m glad that I read these books, but I probably won’t read anymore of them. There are just too many other books out there waiting for my attention.