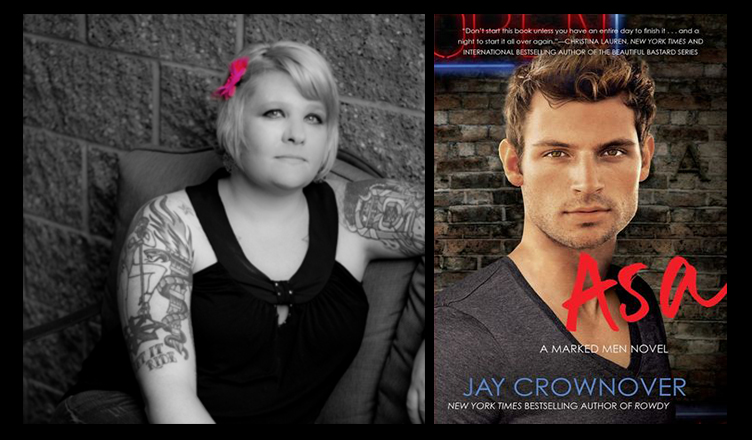 Being native Coloradan is a source of pride if you ask Jay. She loves all the things her home has to offer, and that is why she set her books in this familiar place. Writing about what she knows is why her stories feature plenty of rock and roll and body modification.

Jay has been a bartender since she was in college, spending over forty hours a week watching interactions between men and women. This 9 to 5 job offered great insights into relationships – how they start and how they evolve in a social setting.

This cutting-edge author likes to write New Adult novels because she remembers being in her early twenties and thinking she had it all figured out, only to be proven wrong time and time again. When she looks back, she see’s that those years defined who she is today, and, good or bad, those decisions ultimately set her current path.

On your nightstand now: A soda and some Kleenex, Chap Stick and a huge glass of water.

Favorite book when you were a child: Where the Wild Things Are…I also love the Velveteen Rabbit.

Book you’ve faked reading: The Hunger Games…lol…between the movies and how much people talk about it I feel like I’ve read them all.

Book you’re an evangelist for: Anything by Kristen Ashley…she’s just so damn good. I also went a little crazy for the Dusty Innocence books and demanded every single person in the world to read them a few times.

Book that changed your life: Catcher in the Rye and 1984…I just remember feeling so self aware and so enlightened after reading both.

Favorite line from a book: “It seemed funny to me that the sunset she saw from her patio and the one I saw from the back steps was the same one. Maybe the two different worlds we lived in weren’t so different. We saw the same sunset.” – S.E. Hinton, The Outsiders

Which character you most relate to: Do you know how badly I want to say Hannibal Lecter just for a laugh…lol…

Funny enough in all my books it’s the one I wrote first, Rule. The main character who the book is named after really is just me in boy form. I don’t thing a female character in romance could get away with the disenchantment and disinterest in the opinions and thoughts of others…but yeah…I am Rule and Rule is me…minus the loose sexual morals that is.

Tell me about YOUR book:  ASA was the best way to end the series and on top of that it might very well be the best book I’ve ever written. There is love and redemption in the storyline along with some sexy times and a healthy dose of learning how to live the life we have…not the life we think we should have or might have in the future. 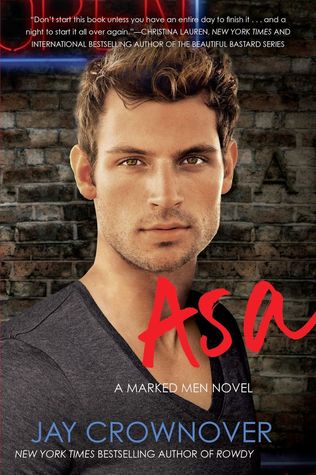 Starting over in Denver with a whole new circle of friends and family, Asa Cross struggles with being the man he knows everyone wants him to be and the man he knows he really is. A leopard doesn’t it change its spots and Asa has always been a predator. He doesn’t want to hurt those who love and rely on him, especially one luscious arresting cop who suddenly seems to be interested in him for far more than his penchant for breaking the law. But letting go of old habits is hard, and it’s easy to hit bottom when it’s the place you know best.

Royal Hastings is quickly learning what the bottom looks like after a tragic situation at work threatens not only her career but her partner’s life. As a woman who has only ever had a few real friends she’s trying to muddle through her confusion and devastation all alone. Except she can’t stop thinking about the sexy southern bartender she locked up. Crushing on Asa is the last thing she needs but his allure is too strong to resist. His long criminal record can only hurt her already shaky career and chasing after a guy who has no respect for the law or himself can only end in heartbreak.

A longtime criminal and a cop together just seems so wrong . . . but for Asa and Royal, being wrong together is the only right choice to make.