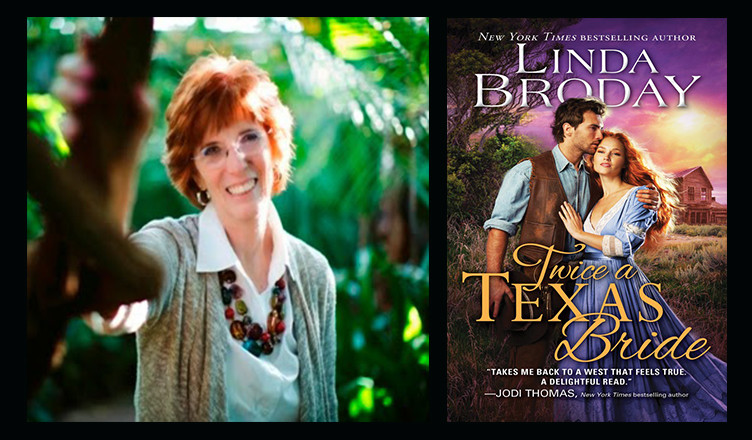 Though I now reside in the Texas Panhandle, I grew up in a small town in New Mexico. From an early age, I was lucky enough to discover wealth didn’t exactly pertain to money. Though my parents could barely afford the necessities, they managed to instill deep rooted values and a thirst for books. My favorite memories are the yearly road trips we made to California on Route 66 to visit grandparents. We’d stop at museums, trading posts, ghost towns and anything else that held our interest. I’m sure that’s where my love of history and the Old West was born.

I’ve been a “writer in training” my whole life. As young girls, my sister and I became obsessed with books. Many nights long after the house grew dark and everyone else was asleep, we’d lie beneath our covers and read by flashlight until we either reached the end of the book or our eyes got too heavy to see the words. Books opened up entirely new, exciting worlds that seemed limited only by our imaginations. I never imagined in a hundred years that I could create my own worlds. That undertaking seemed as far-fetched as scaling Mt. Everest. But write I did. It took me five years to finish that first novel and it will never be anything more than fire-starter material. With a small measure of confidence though, I wrote others that found their way onto an editor’s desk and then into bookstores.

Cowboys have always fascinated me so it’s no wonder that I love to write about them and their ladies and the struggles they endure in trying to carve out a small place to call home. It took some awfully tough men and women to settle this great country of ours.

I grew up watching TV westerns and hated that the cowboy always rode into the sunset all by his lonesome. I vowed to write stories that gave the cowboy someone to share his life with besides his trusty horse. I wanted him to marry that pretty woman he fell in love with, not leave her behind. That’s what I’ve endeavored to do and I think in that aspect I’ve succeeded. If I can capture one small portion of his grit and determination, that’s an added bonus. I want to show in my stories people who might’ve lived at one time. They’re ordinary, but they have more guts and more backbone than anyone.

Western romance is my passion. I feel truly blessed. Humble roots and the love of family have become focal points in my stories. I sincerely hope readers enjoy the characters and tales I strive to bring to life on the printed page.

On your nightstand now: Actually, I have two and read back and forth on them.

1. STARS GO BLUE by Laura Pritchett—about a woman’s journey with her Alzheimer’s father. This is beautifully written. I met Laura when she came to lecture at the university. I really envy her ability to wring so much emotion from her words.

2. THEN SINGS MY SOUL by Sonny Sammons—this story is set in the Deep South with all its humor and irreverence. Sonny has a wonderful gift for storytelling. I feel as though I’m sitting down across from him and we’re sipping a mint julep!

Favorite book when you were a child: LITTLE HOUSE ON THE PRAIRIE books by Laura Ingalls Wilder—these books sparked my love for the old West and life on the frontier. Though I was only in the fourth grade, I knew I wanted to write stories set in that time period.

Book you’ve faked reading: Cold Mountain by Charles Frazier – I found the book very draggy. I much preferred the movie. But when people asked me, I lied. The book was such a hit and I didn’t want to say that it didn’t hold my interest.

Book you’re an evangelist for:  THE OUTSIDER by Penelope Williamson—I think this is perhaps the greatest western book of all time. The author is a masterful storyteller and has an amazing gift for capturing emotion and wringing every ounce of it from the pages. A hardened gunslinger staggers to the home of a Plain Woman. He lingers near death for days. She’s just suffered the loss of her husband who was murdered and is afraid to trust her heart or to risk being shunned by the strict religious community.

Book that changed your life: THE FLAME AND THE FLOWER by Kathleen Woodiwiss – this book was the first one I read that showed how powerful love could be—that love was gentle and kind. It was different and fresh from the others I’d read where the heroine suffered much abuse at the hands of the hero. This one didn’t and I knew how special it was. By this time, I already knew I wanted to be a writer, but The Flame and the Flower cemented the romance genre in my heart.

Favorite line from a book:  “The wind caught his black duster, making it billow so that he looked like a crow, wings spread for flight, silhouetted against the pewter sky.” From THE OUTSIDER by Penelope Williamson

Which character you most relate to: Of mine: Delta Dandridge in TEXAS MAIL ORDER BRIDE. Delta is full of stubborn determination to get past the hurt and pain of her past. And when she found out she isn’t going to be Cooper’s mail order bride, she pulls herself up, grabs her pride and gets a job. That same plucky determination drives me every single day just about. Don’t give me lemons or I’ll make a pitcher of lemonade.

Book you most want to read again for the first time: TO KILL A MOCKINGBIRD by Harper Lee – this book captured my heart the first time I read it. I never tire of the timeless story with so many rich, memorable characters.

Tell me about YOUR book: Former saloon owner, Rand Sinclair, finally has his dream—land and a ranch. He knows two certainties—he’ll never fall in love again. Never Marry. Everyone in his life—from his parents to every woman he took a chance and opened his heart to—always leaves and he can’t take any more pain and disappointment. He’s closed off his heart and put a padlock around it.

In the dead of winter, he discovers a woman and six-year-old boy hiding in one of his outbuildings. They’re half-frozen and starving. He takes them into his home, feeds and gets them warm. One look at Callie Quinn tells Rand she’s running from something or someone. He can’t send her back out in the cold. So he offers her a job cooking for him and the future ranch hands he intends to hire.

In the days and weeks that follow, he learns a killer outlaw is after her and the boy. Rand assures Callie that whoever wants to harm her will have to go through him—and that will be a hell of a job.

While Rand is fast losing his fight to stop the attraction for her, the outlaw shows up and demands the boy, saying he’ll let Callie live if they’ll hand him over. Rand pushes all his chips to the center of the table. He risks everything…his name…and his heart…for the woman who’s awakened a fierce hunger for love.

Locked in a desperate battle to rid themselves of the outlaw’s special brand of terror, He reaches deep inside for every weapon in his arsenal. This is a fight to the finish and he’ll win, come hell or high water. 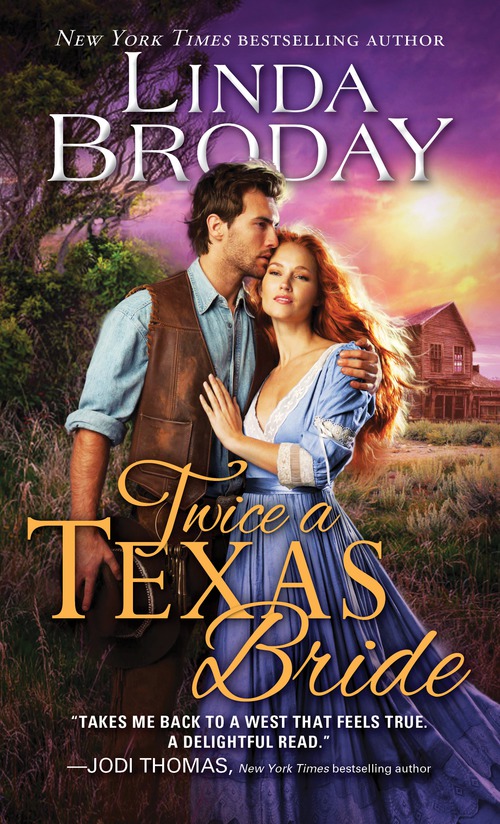 Callie leaned into him, borrowing his strength. “I’m so tired of being scared, Rand.”
“Running away won’t change that. Trust me with your secrets. There’s no reason to hold back any longer.”
She knew he was right. It was time to come clean.
“Start with your name,” he said.

Left with emotional scars from his time in an orphanage, Rand Sinclair has vowed never to marry. But when he discovers Callie Quinn and a small orphan boy hiding on his ranch, he can’t help but open his home to the desperate runaways.

Callie has been betrayed by every man she’s ever known. While she’s grateful for Rand’s incredible kindness, she knows it’s only a matter of time before he shows his true colors. But she needs this safe haven-maybe the outlaw on her trail won’t find them here. Yet as Rand slowly uncovers her secret fears, they each come to realize that the only way to keep her safe is for Rand to risk everything to offer her the protection of his name…and his heart.

“Oh for heaven’s sake.” She couldn’t have moved if her life depended on it. That didn’t matter though. Rand certainly seemed quite limber on his feet. And very eager to boot. “I really need to see about supper.”

“It can wait,” Rand persisted softly. “You brought this on yourself. If you back out now, you’ll lose credibility with Toby. Do you want that?”

Callie’s mouth dried. “No,” she whispered.

One step and he stood nose to nose with her.

Good heavens. She struggled to draw air into her lungs. A niggling suspicion told her this would not be a mere brush of the lips this time. She realized a part of her would be incomplete if that’s all she got.

Rand reached out. With agonizing slownesss, he took her face between his big hands then crushed his lips hungrily to hers. Sizzling spirals of heat rose and spread through her body, leaving a scorched path. She couldn’t breathe and she didn’t care. The yearning inside overpowered everything.

The knowledge that she needed Rand more than food or air or refuge swept over her.
Immediately, her stomach did that twirl and dip thing that had her clutching the front of his shirt to keep from falling.

Dear God, she’d never felt so alive, so wanted, so desired. Her pulse raced as the loud throbbing in her ears drowned out everything, including the voice of reason.

She forgot where they were and the fact that Toby looked on.

She forgot the danger.

She forgot everything in the strong need for this man that rolled over like a midnight tide crashing to the shore.

Her hand slid around his neck and into his silky brown hair. She couldn’t deny this attraction between them. The power of it shook her to the depths of her being.