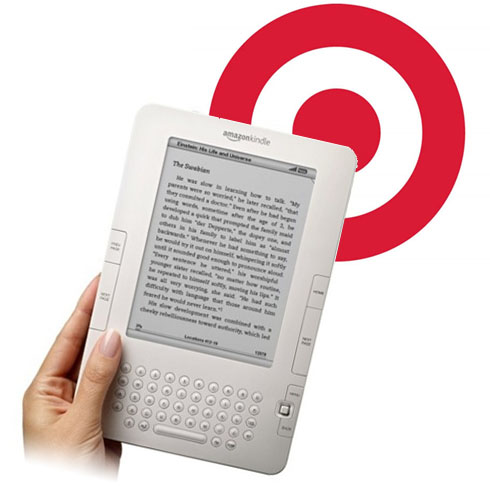 Amazon Gets The Boot! 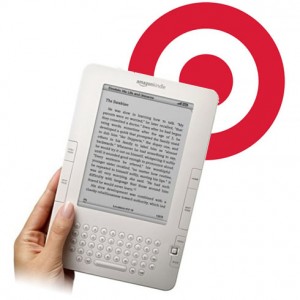 Target plans to stop selling Amazon Kindle e-readers and tablets, and has already removed the products from its website. The Verge reported that an internal Target memo said “the company will be removing Amazon hardware from its locations starting this month. Certain accessories will remain in stock, but shipments of Kindles themselves will cease as of May 13.”

Target representative Molly Snyder confirmed the move, telling CNN that the retailer, which started selling the devices about two years ago, is “phasing out Kindles and Amazon- and Kindle-branded products in the spring of 2012.” Apple recently partnered with Target for a number of “mini-stores” at 25 of its locations and is now selling the iPad.

Fortune magazine observed: “If Target did make the decision in an effort to mollify Apple, that would be sort of a retro-chic move in an era when big retailers tend to dictate terms to manufacturers rather than the other way around. There aren’t many manufacturers with market power like Apple’s, however.”

that “Amazon ran Target’s website for several years, but that relationship ended last year amid a legal battle.”

“This is evidence that Target is getting more serious about Amazon as an enemy rather than a partner,” said analyst Matt Nemer of Wells Fargo. “That’s probably something Target now regrets. It put them behind in the world of multi-channel retail and let a serious competitor learn a lot about their business.”

The New York Times reported that as retailers like Target address the challenge of “showrooming,” carrying Amazon’s Kindle is, as Michael Norris of Simba Information put it, “like Starbucks selling Dunkin’ Donuts gift certificates.”

The warning signs for Target’s move were there in January, the Times wrote. According to a Citi analyst Deborah Weinswig, a letter sent by Target executives to vendors stated: “What we aren’t willing to do is let online-only retailers use our brick-and-mortar stores as a showroom for their products and undercut our prices.”

At Mobylives, Dennis Johnson suggested that “opponents can take some satisfaction in the interesting suggestion made by the Times reporters that anger at Amazon’s price check app hasn’t dissipated, and six months later may still be motivating a wide range of retailers to fight back.

“Which makes the notion that others may indeed follow suit not so far-fetched at all, but an equally simple, elegant and possible development.” 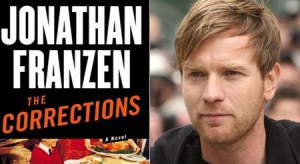 HBO has decided not to go forward with the pilot based on Jonathan Franzen’s The Corrections. Deadline.com reported that the Noah Baumbach/Scott Rudin p

The attempt to bring Franzen’s novel to the screen “was considered a big swing,” Deadline.com wrote. “Word is HBO brass liked the performances but the decision came down to adapting the book’s challenging narrative, which moves through time and cuts forwards and back. While that works in the novel, it proved difficult to sustain in a series and challenging for viewers to follow, hampering the potential show’s accessibility.”

Stephen King’s 1987 fantasy novel The Eyes of the Dragon is being developed by the Syfy network “as a longform project,” with Michael Taylor (Battlestar Galactica) and Jeff Vintar (I, Robot) writing the script, Entertainment Weekly reported, adding that Dragon “is a rarity among King’s early works: A stand-alone novel that hasn’t been previously adapted into a live-action feature.”

From Page to Screen 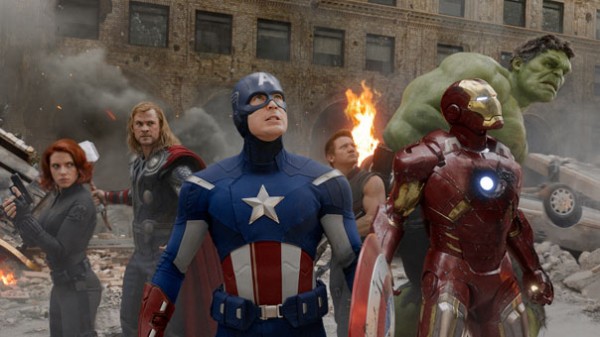 On its first full day in U.S. and Canadian theaters, “The Avengers,” Marvel’s tale about a team of superheroes, raked in $80.5 million Friday

Captain America, Iron Man, the Hulk, Nick Fury and Black Widow are kicking off the summer movie season in style.

On its first full day in U.S. and Canadian theaters, “The Avengers,” Marvel’s tale about a team of superheroes, raked in $80.5 million Friday, the second-biggest single day ever at the box office behind last year’s “Harry Potter and the Deathly Hallows – Part 2,” which conjured $91.1 million, Variety reported.

The haul puts the Disney-distributed “Avengers” on course to gross more than $150 million through Sunday and gives it a chance to overtake “The Dark Knight,” the 2008 Batman epic that netted $158.4 million its opening weekend.

The well-reviewed “The Avengers” looks to continue its Hulk-like strength. The movie received a rare “A+” grade from American audiences, according to CinemaScore, a market research firm. On Friday, Fandango, the online ticket seller, was selling 19 tickets a second to the movie, spokesman Harry Medved told TheWrap, a movie industry news website.

Depending on ticket sales Saturday and Sunday, “The Avengers” may have a shot at outpacing “Deathly Hallows,” which holds a first-weekend record of $169.2 million.

Book Trailer of the Day 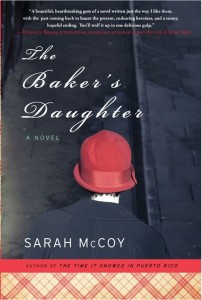 The Baker’s Daughter by Sarah McCoy

Synopsis: In 1945, Elsie Schmidt is a naive teenager, as eager for her first sip of champagne as she is for her first kiss. She and her family have been protected from the worst of the terror and desperation overtaking her country by a high-ranking Nazi who wishes to marry her. So when an escaped Jewish boy arrives on Elsie’s doorstep in the dead of night on Christmas Eve, Elsie understands that opening the door would put all she loves in danger.

Sixty years later, in El Paso, Texas, Reba Adams is trying to file a feel-good Christmas piece for the local magazine. Reba is perpetually on the run from memories of a turbulent childhood, but she’s been in El Paso long enough to get a full-time job and a fiancé, Riki Chavez. Riki, an agent with the U.S. Border Patrol, finds comfort in strict rules and regulations, whereas Reba feels that lines are often blurred.

Reba’s latest assignment has brought her to the shop of an elderly baker across town. The interview should take a few hours at most, but the owner of Elsie’s German Bakery is no easy subject. Reba finds herself returning to the bakery again and again, anxious to find the heart of the story. For Elsie, Reba’s questions are a stinging reminder of darker times: her life in Germany during that last bleak year of WWII. And as Elsie, Reba, and Riki’s lives become more intertwined, all are forced to confront the uncomfortable truths of the past and seek out the courage to forgive.