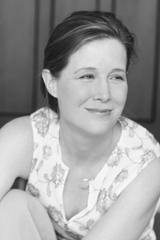 One of the nominees for Time Magazine‘s 100 Most Influential People of 2012 is Ann Patchett, author and co-owner of the new Parnassus Books, Nashville, Tenn. Time is allowing people to vote for one of the 100; its editors will pick the rest. To see more (and vote), click here. Polls close April 6.

The nomination reads in full:

“With books like 2001’s PEN/Faulkner winner Bel Canto and the new State of Wonder, Patchett has demonstrated a singular ability to write smart literary novels that are also big best sellers. And when it comes to literature and books in general, she’s put her money where her mouth is: in 2011 she opened Parnassus Books in her hometown of Nashville, placing herself on the front lines of several ongoing battles for the fate of the printed word.”

From Flash Fiction to Big Screen 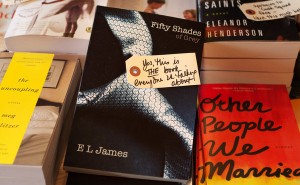 Scorsese is writing the screenplay as a star vehicle for Leonardo DiCaprio, who will play the role of Christian Grey. Casting for the female lead is currently underway, with Kristen Stewart apparently the fan’s choice for the role of Ana Steele.

“I’m also seeing a black-and-white treatment as a real possibility,” Scorsese observed. “I mean, what we could do filmically with all those grey shades!” 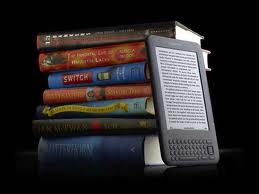 Australia, India, the U.K. and the U.S. lead the world in e-book adoption rates, with more than 20% of respondents saying they purchased e-books during the six months prior to a recent survey conducted by Bowker Market Research’s Global eBook Monitor. The study tracked consumer attitudes to and purchasing of e-books among the online population in 10 countries. Respondents in France (5%) and Japan (8%) were the least likely to have purchased an e-book.

The Monitor noted that although purchase behavior varied by country, awareness was relatively consistent, with more than 80% percent of respondents in each country aware that it is possible to digitally download a book.

In most countries surveyed, men were more likely than women to buy an e-book, though the U.S. was an exception, with 22% of female respondents having bought an e-book in the past six months, compared to 18% of men. In almost all markets, older respondents were less likely to have recently bought an e-book. Purchase rates in the U.S. were highest in the 25–34 age group.

Key findings from the research will be presented and debated at two webinars hosted by the BISG on April 2 and April 23.

From Flying to Rising! 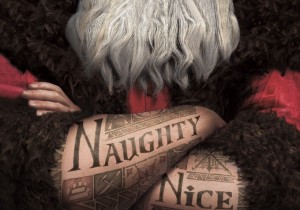 the voice talents of Chris Pine, Isla Fisher, Hugh Jackman, Alec Baldwin and Jude Law, and centers around an elite group of childhood fantasy characters (Santa Claus, the Easter Bunny, the Tooth Fairy, and Jack Frost) who must band together to save the world. It’s based on a book series co-authored and illustrated by beloved artist William Joyce, who also co-directs the animated feature. (Joyce just won an Oscar for his charming animated short “The Fantastic Flying Books of Mr. Morris Lessmore.”)

“Rise of the Guardians” is based on an ongoing series of young adult novels that Joyce co-writes with Laura Geringer (“Nicholas St. North and the Battle of the Nightmare King” came out last year, while “E. Aster Bunnymund and the Warrior Eggs at the Earth’s Core” came out this past February), with Pine voicing Jack Frost, Fisher as the Tooth Fairy, Jackman as E. Aster Bunnymund, the Ea

ster Bunny, and Baldwin as a Russian-inflected Nicholas St. North, aka Santa Claus. Law plays the villainous Nightmare King, an update on the Boogeyman.

Joyce has been writing and illustrating children’s books since the mid-’80s and is no stranger to the world of big screen animation. He was hired as a conceptual designer in the early days of Pixar (his Buzz Lightyear designs are only rivaled by Joe Johnston‘s in terms of gee-whiz retro joy), while also working for the Jim Henson Company on the Rene Russo vehicle “Buddy.” In 2005 he worked with Blue Sky Animation and Fox on “Robots,” an ambitious but ultimately unsatisfying romp through an entirely mechanized world. Adapting one of Joyce’s early children’s books, Disney released “Meet the Robinsons,” a charming but cluttered animated feature in 2007, the same year that Joyce served as a production designer and main title sequence designer for the dismal “Mr. Magorium’s Wonder Emporium.”

In addition to his Oscar coup for “The Fantastic Flying Books of Mr. Morris Lessmore” and his co-directing duties (with Peter Ramsey) on “Rise of the Guardians,” Joyce is also an executive producer on another Blue Sky adaptation, “Leaf Men” (based on his 1996 children’s book), which is set to open next spring (it’s being directed by Blue Sky head honcho Chris Wedge).

Judging by the trailer (which is surprisingly long for an animated movie that doesn’t debut until Thanksgiving), the singular Joyce design work is on full display – that slightly cartoon-y, slightly retro look, that looks charming on the page but feels positively enchanting in motion. We love Santa Claus’ “Eastern Promises“-style tattoos and Jackman’s Easter Bunny design. Visually, this seems to be DreamWorks Animation’s richest film since “How to Train Your Dragon.” Also of note: this is the first time that Guillermo del Toro‘s name has been publicized. Del Toro joined the company as a creative principle after his animated production shingle at Disney, Disney Double Dare You, fell through during the prolonged hell that was his involvement in “The Hobbit.” He’s executive produced and had a hand in every DreamWorks Animation movie since 2010’s “Megamind” but this is the first time they’ve brought him up, possibly because he is so closely linked with fairy tale creatures, after “Pan’s Labyrinth” and “Hellboy II: The Golden Army.”

“Rise of the Guardians” marks the end of the current distribution deal between DreamWorks and Paramount Pictures, and with Paramount starting its own animation division following the box office (and Oscar) success of “Rango,” it’ll be interesting to see how that plays out.

“Rise of the Guardians” protects your childhood, starting on November 21st.

Article by Drew Taylor at http://blogs.indiewire.com

And just for fun….