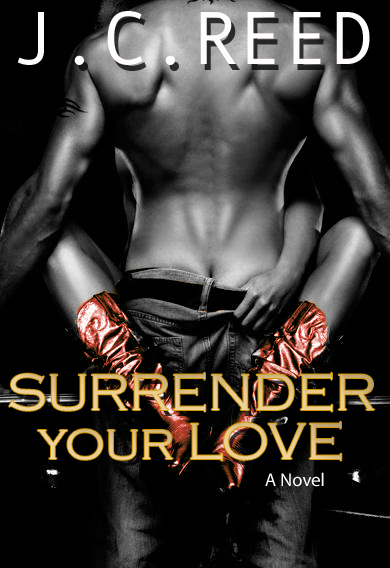 Surrender Your Love by JC Reed

Brooke Stewart, a realtor in New York, doesn’t do relationships. When she’s sent to a remote estate to finalize a real estate deal, she discovers her new boss is no other than the guy she left naked in bed.

Sexy, dangerously handsome, and arrogant Jett Mayfield attracts trouble, and women, like a lightning rod. But the night he meets Brooke he gets more than he bargained for. The green-eyed millionaire playboy isn’t used to taking no for an answer, and he isn’t about to start now.

When he proposes two months of no strings sex, Brooke is intrigued and accepts his proposal. Little does she know Jett’s determined to claim the one woman he can’t have, pulling her deeper into his dangerous world.

A man who doesn’t take ‘no’ for an answer.
A woman afraid to surrender to love.
Two lives that are about to cross…and secrets laid bare.

Add to your Goodreads Shelf!

To register to win a PHYSICAL copy of the book just click on the Goodreads image below.  To register for a chance to win the $50 giftcard or Ecopy of “Surrender Your Love” just fill out the Rafflecopter form below AND don’t forget to show JC a little Kindle-ite love in the comments!