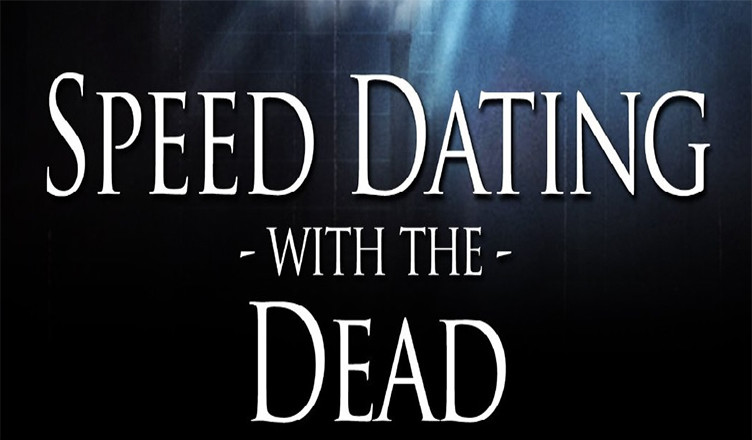 I met Scott about 7 months ago and ever since he has been a permanent fixture it my literary world. Being a lover of the great unknown it was only natural that I form some sort of sick demented attachment to his cultish type writing, but getting to know him is what really sucked me in. So here you go… My little version of “What Makes ‘Em Tick?”

Oh!!! And be sure to read the whole thing (my sometimes lazy Kindle-ites) there’s a surprise at the end! 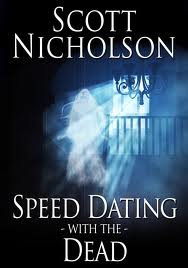 Q: Before we get started; there are a few things I think we need to get out into the open. I remember telling you about a month ago (after I read Drummer Boy) that you should probably seek professional help (aka: a shrink) How’s that going? Are you making any progress?

Scott: I wouldn’t trust a counselor of any persuasion, whether they carry a cross, a quart of gin, or a diploma. If you read The Skull Ring, you will see why. The only thing I’ve found that works is to let these crazy people in my head out on paper. Ebooks, I mean. Ebooks. Right? Or am I getting confused again? Where’s my medication?

Q: You are a horror writer, which to me screams “I have an excessive amount of idiosyncracies” care to share any of those with my readers? OCD, pen chewing… (Dear God, please don’t say hiding bodies in the barn.)

Scott: Well, my friend Monster A-Go-Go accuses me of all kinds of obscure goat practices, of which husbandry is the most legal. I am a recovering horror writer, I think. If you read As I Die Lying, you can see why I am almost cured now, and what happens when people are running loose in your head and you are trying to be a writer. Then again, Richard Coldiron wrote that book, and I killed him, stuck his body in the barn, and stole his manuscript.

Scott: I am pretty boring, really, except for the “occasional ax and alcohol” binges. I tend an organic garden, have two chickens, can my own tomatoes, write for a newspaper, and love my family. Writers are boring unless they are self-destructing, but perhaps we all do that, all the time.

Q: Who are your 3 favorite authors, and what is it that makes them YOUR cream of the crop?

Q: I noticed that in your “odd jobs I had before I became a huge success” list “Paranormal Investigation” was stuck somewhere in the middle. #1. I’m horribly jealous! And #2. Share a story with us. (<–This is the part where I live vicariously through you.)

Scott: You have to die and possess me to live vicariously through me! All I know is hidden in the annals (and that is two “n’s,” folks) of Speed Dating with the Dead. I actually hosted a paranormal conference for the specific purpose of writing a novel about it. Ghost hunting is actually kind of boring, because you sit in the dark for eight hours for three seconds of “What was that?” The serious scientists put in the time, but most of us are casual paranormal tourists like in the novel. Except when the demons come. I have some links and videos at my Web site for those wanting more more more.

Q: When did you first realize you wanted to write for a living? Was there a light bulb moment or did you just fall into it?

Scott: As I kid, I was always playing with crayons and making my own comic books. Still doing so in my middle age—currently working on five or six different comics series. I was the weird guy in high school who wrote poetry about what one guy called “mustard and aardvarks.” After a side venture as a rock star, I got serious about writing. The plan was to write 10 novels, and if one didn’t sell, I would quit. But I was having so much fun by the time I sold the fourth one, I knew I would never quit.

Q: Out of the 12 thrillers you have written… Which are you most proud of and why?

Scott: Well, As I Die Lying is my first real novel, not counting a Vonnegut rip-off I wrote in high school. I revised it for 14 years, got 117 rejection letters just like in the book, and it’s basically my autobiography. The highest praise came from Neal Hock, who said, “I’ve never read a book like it.” I haven’t, either. I am not even sure it is a book.

Q: Do you ever suffer from writers block? If so, how do you overcome it?

Scott: Not really. I have suffered from disappointment when I gave up too much control of my happiness to other people. Now, with my weird little cottage industry, I can be Full Scotty all the time. The weirder it gets, the happier I am. Conventional wisdom has never worked for me.

Q: You have a very extensive social networking circle (twitter, facebook etc.) Do you think being so well connected with your readers (and even other authors) has directly affected the popularity of your books?

Scott: This tour has been the most fun I’ve ever had, meeting readers and bloggers and even a few people as weird as I am! I have learned more about books and e-books from the people on the tour (so keep commenting!) than from all the “plugged-in industry observers” put together. Thanks, you guys.

Q: What was the determining factor in your decision to ditch traditional publishing and rely solely on eBook sales? And…do you have any regrets in that decision?

Scott: Oh, I have a great agent and we are shopping a graphic novel right now. I better understand what New York requires and I would sign a book contract again, but now I know what the books are worth, and what they’re not worth. Unless you are a bestseller, you might as well put it out there and find your audience. And I am enjoying all this so much I’d be bored to death if all I did was write.

Q: I have yet to read all of your work, but the ones I have tend to migrate towards the Appalachian Mountains for their settings. Is this because you reside in this particular area or because it makes an extremely creepy backdrop? (cue banjos)

Scott: Yeah, I was the “Deliverance Banjo Boy of Horror” until I broke a string. I borrow local legends here in the Blue Ridge Mountains of North Carolina and later in the tour I will be paying video visits to some of the sites, so stay tuned!

Q: OK… on to the juicy stuff! Tell me a little about your new baby “Speed Dating with the Dead” ( p.s. I don’t know how you came up with that title because I’m lazy and haven’t read it yet, but BRILLIANT!)

Scott: As I said way up there, it came from the paranormal conferences I used to host. I coined the phrase “Speed Dating with the Dead” because we had to shepherd people around to the various haunted hot spots in a short window of time.

Q: A resounding trend in your novels (or at least the one I’ve picked up on) is folklore. Are there truths to any of them, (neighborhood fodder maybe?) or are you just pulling them out of your mildly psychotic magic hat?

Scott: Yeah, I collect Appalachian folklore and ghost stories, for the newspaper. And I get more visitors to my Web site for that than all my bad writing advice put together. There’s a big dollop in Creative Spirit (originally The Manor), but it’s only available for the UK Kindle until I get my rights back.

Q: What (in your opinion) are the most important elements of good writing? (<– look a serious question… aren’t you proud?)

Scott: The more I write, the more I realize I don’t know anything. I know what makes good reading, but I guess the best advice I have is “Write a lot, make a lifetime commitment to craft, and be honest.” In my own case, two out of three ain’t bad.

Q: Do you ever come up with anything so wild that you scare yourself, and leaves you wondering where that came from?

Scott: When I get a stomach ache while I am writing, that’s when I know I am tapping something. Really, if you read Disintegration in October, every nasty little fear and impulse and negative vibe was purged. I am actually writing funnier stuff now, including a children’s book with Lee Davis and a lighter collaboration with J.R. Rain.

Scott: I wrote an article called The Cheesy Trunk of Terror about this store’s box of 25-cent paperbacks. Horror killed horror but horror is undead so it never went away. Make sense?

Q: And last… Do you have any suggestions to help me become a better writer? If so, what are they? (don’t say focus… I know I have that problem… OH LOOK! A tree)

Scott: Cut down that tree, mash it into pulp, and spill your guts on it. Simple enough?

Thanks Scott for taking the time to answer my mildly neurotic questions! 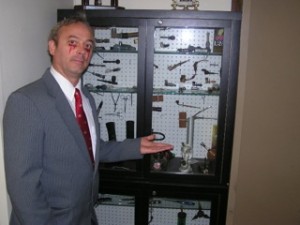 Scott Nicholson is author of Speed Dating with the Dead, Drummer Boy, and 10 other novels, five story collections, four comics series, and six screenplays. A journalist and freelance editor in the Blue Ridge Mountains of North Carolina, he often uses local legends in his work. This tour is sponsored by Amazon, Kindle Nation Daily, and Dellaster Design.

To be eligible for the Kindle DX, simply post a comment below with contact info. Feel free to debate and discuss the topic, but you will only be entered once per blog. Visit all the blogs on the tour and increase your odds. I’m also giving away a Kindle 3 through the tour newsletter and a Pandora’s Box of free ebooks to a follower of “hauntedcomputer” on Twitter. And, hey, buy my books and put me in the Top 100 and I’ll throw in another random Kindle 3 giveaway through the blogs. Thanks for playing. Complete details at http://www.hauntedcomputer.com/blogtour.htm