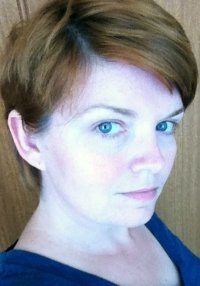 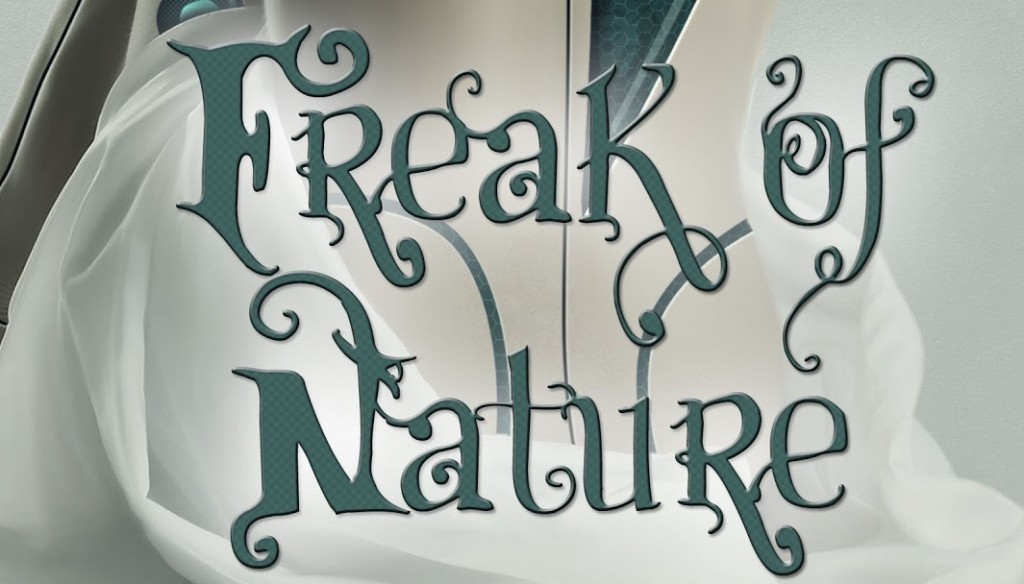 How did you come up with the idea for your book “Freak of Nature?”

I often get asked how I came up with the idea for Freak of Nature since it’s so different from my other books about mythology. To me, scifi and mythology are really not that different. There is a possibility that either could be reality. Perhaps there really are elves that live amongst humans, or vampires that only come out at night. I think we need to have a sense of wonder about the unknown, even as adults; it makes life more exciting.

Could there be secret cyborgs roaming around that we are unaware of? I wouldn’t be surprised in the least. Obviously, the idea of cyborgs is not a new one; it’s been around for ages, and I’ve always found it intriguing. I don’t know about you, but the idea of being super human is certainly appealing to me. Where do we sign up?

What sparked the idea for Freak of Nature was my teenage daughter. I saw her working on a Photoshop tutorial of a cyborg, and it was beautiful. It literally stopped me in my tracks, and I thought, I’ve got to write a book on a cyborg. I was supposed to be working on another book, but I couldn’t get the idea out of my head, so I just started to write Kaitlyn’s story. I’m glad I did, because I really love the characters that formed.

I think most authors can relate to their characters on some personal level: through themselves, who they wish they were, or people they know in real life. I’m quite introverted and was ‘painfully shy’ growing up, so I can relate to Kaitlyn when it comes to not knowing how to act in certain social situations. I often find myself wishing life came with a manual.
So to answer the question, Freak of Nature came to me like all of my books – a brief glimpse of a character, and the curiosity of where the character would go. One of my favorite writing quotes is by E.L. Doctorow: ‘Writing a novel is like driving a car at night. You can see only as far as your headlights, but you can make the whole trip that way.’

Julia Crane is the author of the YA paranormal fiction novels: Keegan’s Chronicles, Mesmerized and Eternal Youth. Julia was greatly encouraged by her mother to read and use her imagination, and she’s believed in magical creatures since the day her grandmother first told her an Irish tale. Julia has traveled far and wide to all the places her grandmother told her about, gaining inspiration from her journeys to places like Nepal, Cyprus, Sri Lanka, Italy, France and many more. And who knows? Maybe the magical creatures she writes about are people she met along the way.

Julia Crane has a bachelor’s degree in criminal justice. Although she’s spent most of her life on the US east coast, she currently lives in Dubai with her husband and three children.

About Freak of Nature 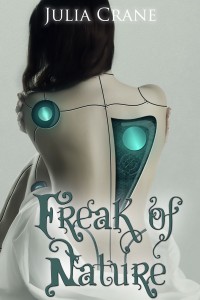 When seventeen-year-old Kaitlyn checked the box, she never suspected she’d have her life–and her body–stolen from her. She awakens one day in a secret laboratory to discover that her body is now half-robot and is forced to hide her own secret: that she still has human emotions and a human mind. If the scientists who made her find out, they’ll erase what remains of who she was.

Kaitlyn finds an unlikely ally in Lucas, a handsome, brilliant scientist who can’t get over the guilt he feels knowing she was once a vibrant, beautiful young woman. He never expected a science project to affect him the way she does. As he tries to help her rediscover her past, he finds himself falling for the brave girl struggling to find her place and acceptance between the human and computer worlds.

30 thoughts on “Inspiration! A Guest Post by Julia Crane) + Giveaway”