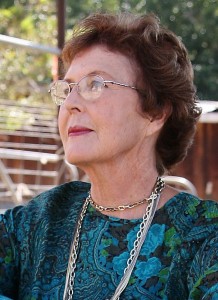 It never gets old, sitting down, meeting characters who are born out of my psyche, discovering their flaws, highlighting their brilliance, finding their sensuality and confirming their mutual attraction…

Oh, for Pete’s sake, of course it gets old!  I kind of imagine it does for just about any writer who has been around as long as I have. The trick is to find the fresh…the fire…the excitement in every new relationship.  Hey, isn’t that how you keep an “old” relationship going for the long haul, too?

Hi, I’m Kathleen Creighton, and I’ve written almost 50 novels in my career (so far) and sold many millions of them through traditional publishing (I am still writing for Harlequin) and the new avenue for writers, indie publishing. I love writing, but a lot of readers ask me, “How do you continuously come up with new characters and storylines. You’ve done so many, how do you keep them fresh?”

Here’s the thing. I don’t.  Truth is, I let my characters do that.

I write “romantic suspense,” which probably means different things to different people.  To me, the romance IS the suspense. I like to bring together two people who are completely alien to each other, either total strangers to begin with, or complete opposites in nature or goals.  Then, I let them move cautiously closer…and closer…and closer, until they discover they aren’t so different, after all. And that, in fact, they might, just might, be falling in love.

I’m not a big fan of confrontation, of having two characters treat each other badly, talk to each other in hurtful, angry, mean ways.  If they do, they had better have a very good reason, or they’re just not likeable–not to me, not to their protagonist, and not to the reader.  I want readers to LIKE my characters.  To fall in love with them as they fall in love with each other.  When I find that happening for ME, then the writing does become fun.

This week I’m releasing one of my backlist novels, “Delilah’s Weakness.”   Delilah is a fiercely independent young woman struggling to make a go of a business and way of life that would be challenging for anyone, much less a woman alone.  Her dreams, her livelihood, depend on having a productive year with her flock of pregnant sheep. So when Luke crash-lands his plane in her sheep pasture, she is naturally upset–until she discovers he’s injured.  Then, her innate compassion takes over.  Luke is also struggling to make a go of a business that is in limbo awaiting a judge’s ruling. So when he discovers Delilah is none other than said judge’s daughter, he naturally thinks of some way he might use that fact to his advantage. He doesn’t count on falling for the headstrong Delilah. These two don’t understand each other at all, in the beginning. That’s what makes their journey to life-long love and true partnership so much fun…and maybe a little suspenseful, too.

I hope you enjoy meeting Luke and Delilah, and that you will grow, as I did, to love them, weaknesses and all. 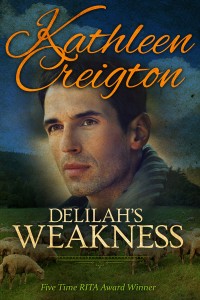 Delilah Beaumont is a fiercely independent young woman struggling to make a go of a business and way of life that would be challenging for anyone, much less a woman alone. Her dreams, her livelihood, depend on a productive year with her flock of pregnant sheep.

When Luke MacGregor crash-lands his plane in her sheep pasture, she is furious–until she discovers he’s injured. Then, her innate compassion takes over.
Luke is also struggling to make a go of a business that is in limbo, awaiting a judge’s ruling. When he discovers that Delilah is none other than the judge’s daughter, he calculates ways to use that fact to his advantage. He doesn’t count on falling for this beautiful, headstrong woman.

I come from a long line of everyday writers and verbal story-tellers, and I believe those two traits finally came together in me.  I wrote my first poem at the age of ten and haven’t stopped writing since, if you don’t count the twenty years I took off to raise four kids.

After nearly 20 years in South Carolina, I recently moved back to the California farming community in which I grew up, where I will continue writing, repairing old dolls, growing roses, and enjoying the love and support of family and friends.

10 thoughts on “Making Love Out Of Nothing (Guest Post & Giveaway!)”