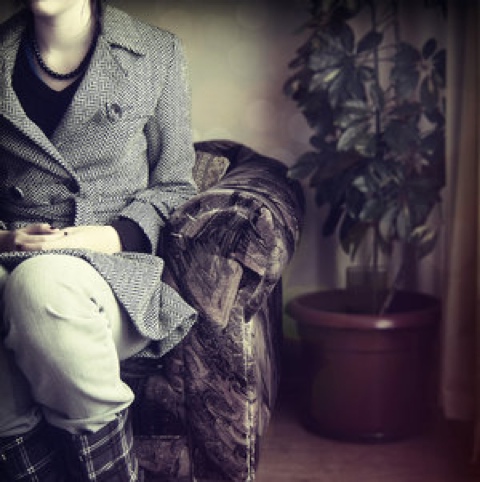 I have been dragging some serious booty in the reading department this week and to make up for it I am putting myself on display. That’s right kiddies… I wrote a flash fiction for y’all, and instead of hiding it away (as per usual) I’m actually publishing it for you to enjoy/hate. Either way… It’s my way of saying “sorry I’m a slacker.”

Something To Hold On To

Kara could see the little boy from where she sat; tapping his foot restlessly against the shiny metal of the otherwise dilapidated orange chair. She had no idea why he was here.

It didn’t really matter. All she knew was that he would get to go home. Yeah, they would probably be stuck here for a while, him and his perfectly attired Stepford mother. They’d be ushered in, poked and prodded, given a few pills, if for no reason other than good measure, and then set free. Like a fish that was lucky enough to be caught by the only catch and release fisherman left on the planet.

Kara on the other hand was stuck. Well, stuck was maybe not the right word for it. Obligated? Dedicated? Doomed?

The twenty-fifth day of bad news, and wishful thinking.

And they wonder where her pessimism comes from.

Tim was everything she had ever wanted wrapped up in a beautiful cream colored package. Sincere… trustworthy… patient.

Kara herself could claim none of these particular qualities, but having them so close to her always made her feel better. Like she was completing the second half of God’s little cosmic joke. Balancing out what her parents had always referred to as her “Nature vs. Nurture” gene. Kara obviously being heavy on the nature.

But Tim? No… he was a different story all together. Tim was the sensible one.

When Kara decided that tight rope walking would make a great addition to her “bucket list” Tim was the one who annihilated the idea.  At two in the morning, with black permanent marker. Stealthy little shit.

Mid-life crises rollerblading? Tim bought the shin guards. Black ones with little pink skulls on them so she wouldn’t look as bad as she would feel if she were to fall.

Tim was the one to hold her hand when she lost Dakota. Seven month pregnant. Never saw it coming.

Tough decisions were not her forte.

She could hear the footsteps now. They sounded as empty as she felt.

15 thoughts on “Something To Hold On To”