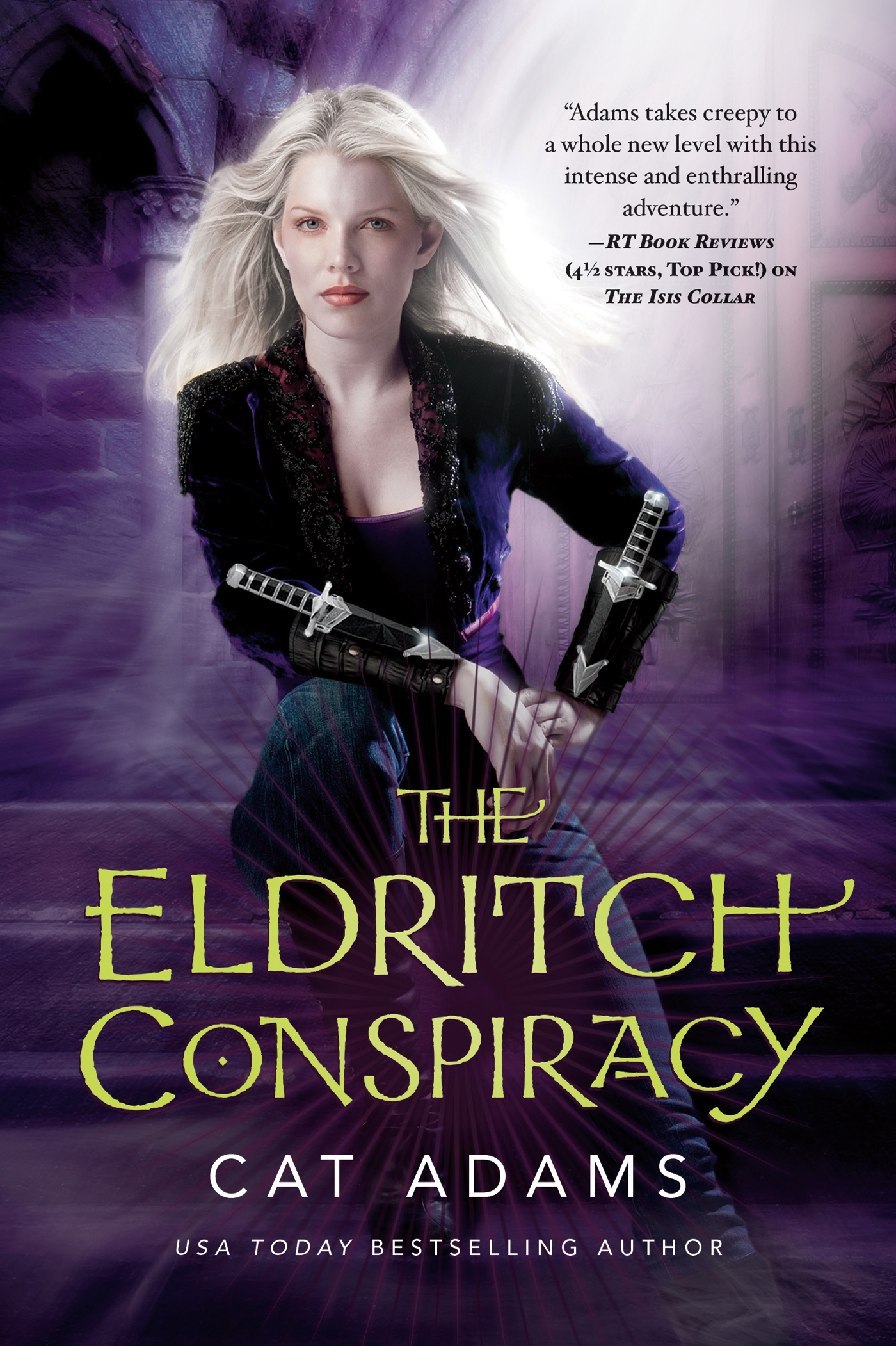 In The Blood Singer Novels, vampires roam the alleys of Tinseltown, streetcorner psychics have real powers, and cops use memory enhancement spells. Bodyguard Celia Graves always thought she was an ordinary human, albeit one with a clairvoyant best friend and a ghostly little sister. Then a vampire attack turned Celia into an Abomination, forcing her to take food only in liquid form and giving a whole new meaning to the word “sunburn.” She’s slowly adjusting (therapy sessions and all) when she discovers that the attack awakened a hidden part of her heritage: Celia is part Siren. Add in the two powerful mages vying for her love, a wicked witch and a demon or two, and Celia’s dysfunctional family, and it’s no wonder that there are times Celia feels like burying her head under the covers. But she’s got evil to battle and a living to earn . . .

About The Newest Release 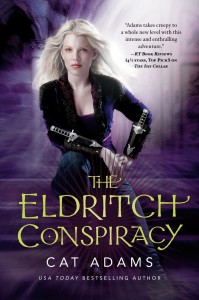 Celia Graves was once an ordinary human, but those days are long gone. Now she strives to maintain her sanity and her soul while juggling both vampire abilities and the powers of a Siren.

Not every bride needs a bridesmaid who can double as a bodyguard. But Celia’s cousin Adriana is no ordinary bride: she’s a Siren princess, and she’s marrying the king of a small but politically important European country. She’s getting death threats from fanatics who want to see the whole Siren race wiped out—including Celia herself, who is half Siren.

Luckily, Celia is on duty when a trip to a bridal salon is interrupted by an assassination attempt, so everyone survives. When Adriana returns to the Siren homeland to try to prevent a coup, Celia is free to hunt for the terrorists and the vile mage who is helping them (while keeping her eyes open for the perfect maid-of-honor dress).

Assuming the bride and groom both live to see their wedding day, this will be one royal wedding no one will ever forget.

The Challenges of Writing a Series
By: Cat Adams

A lot of people have asked  whether it’s harder or easier to write a series (as opposed to standalone novels.) I think it’s easier as far as world building, but harder as far as keeping plot lines straight.

World building in a standalone novel is hard to fit adequately in a 100,000 word novel, which many of the books on the shelves presently are. What is easier is to build the small part of the world that the characters occupy in Book 1 and then slowly increase the size of the world in the next few books. Imagine turning on lights in different rooms of a house. In Blood Song, the first book of the Blood Singer series, readers were introduced to Celia Graves through the events that happened to her. The plot turned on the lights in the room that she was in. Until Book 2, Siren Song, readers really didn’t know much about the siren home or background (because Celia didn’t.) The part of the world owned by demons and shapeshifters were revealed in Book 3, Demon Song, then magical viruses and zombies in The Isis Collar and now magical terrorism in The Eldritch Conspiracy.

There are also vampires and other things in Eldritch. But the reader knows about their background from the other books, so not as much space needs to be taken up in the text. That’s better for the plot and characterization.

But creating the world slowly also causes problems for an author. Often things happen to the characters in early books which aren’t  part of the primary plot, but which need to get wrapped up in later books. It’s like living in a darkened house. You turn on the light in the kitchen during Book 1and write the book. In Book 2, you turn off the light and move to the dining room and turn on the light—but forgot you left the oven turned on in the kitchen. Will it burn down the house during Book 2? No. Probably not in Book 3, either. But by Book 6, readers are going to really start to wonder whatever happened to that cooking chicken in the oven. Not every reader is even going to remember that the chicken existed. But a few will and they’ll be the ones writing mail and asking questions at signings. Often authors are caught flatfooted at in-person events, because they’re busily writing Book 6 when Book 5 hits the shelf, and they’ve completely forgotten what happened in Book 1!

What’s a writer to do? Some authors keep a “bible” of the events that happened in every single book so that they can later look back to be sure that the oven is turned off somewhere in the middle of Book 3 (probably when smoke starts to fill the house!) Other authors re-read the prior books in full before starting the next one (this is what I prefer to do.) That method not only gives the details, but the “feel” of the world. Some authors don’t worry about it, and consider that anything that didn’t appear on the page still happened, but just occurred “off page” (meaning in the character’s continuing reality when the book cover closes.) Is turning off the oven worth bringing up on the page? It depends on the reader.

So, are series better than standalone novels? I really prefer series because it gives so many more options. The plots can be broader, the characters more expansive and “real.”  Because how many of us have forgotten to pay the bills during a crisis and not remember until the late notices start to show up (or the power is turned off!) That can be great fodder for later books. It’s a level of realism, of humanity  that readers can understand.

Ultimately, the more real the characters are, the closer readers will pay attention. It’s a HUGE compliment when readers remember that oven in book 1 because it says they’ve read every single word. How flattering is that?! And if that oven is important enough to the reader to bring it up, you can bet we’ll make sure Celia turns it off again . . . in the most exciting way possible!

Want to find out more about Celia’s humanity (and her inhumanity?) Visit our website to read a sample chapter, at: http://www.catadams.net. And don’t forget to pick up The Eldritch Conspiracy. You know you want to! 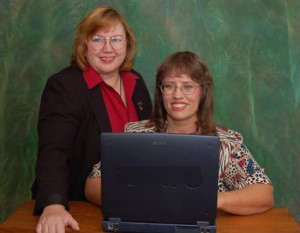 C.T. Adams and Cathy Clamp began writing as a team in 1997. They quickly learned that their individual talents in writing created a dynamite combination in historical and paranormal novels!

Cathy resides in the Texas Hill Country with her husband, dogs, cats and 24 Boer/Spanish cross goats!

Cie is currently relocating to the Denver metro area with her dog and cats.

They love reading fan mail and anticipate a long and fruitful writing career.