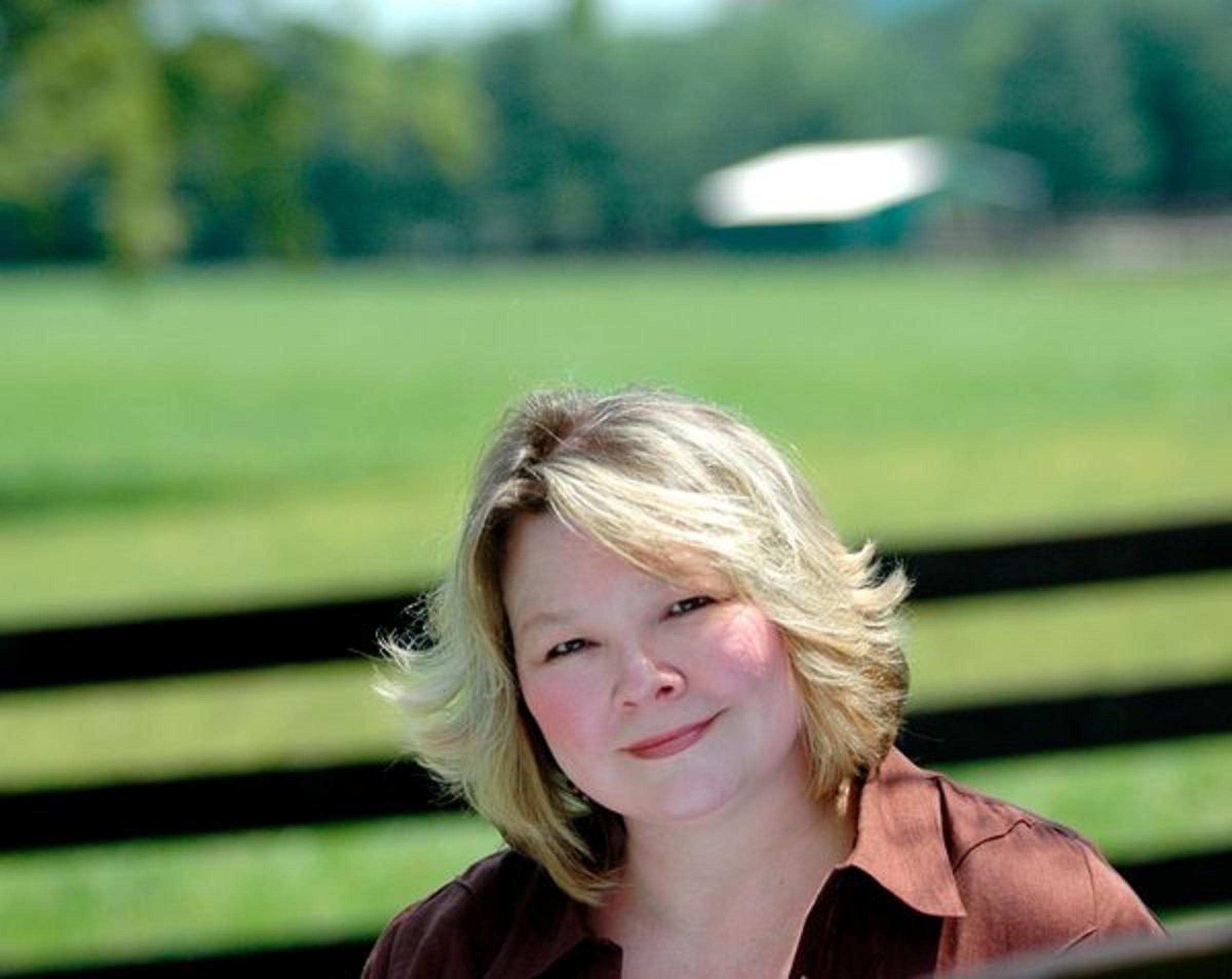 Years ago, I took a job as an in-home caregiver.  It was one of those jobs you take when all the children are in school and you have a lot of time on your hands.  Not enough time to contemplate returning to a full-time job, but enough where you figure you ought to be doing something to add a little money to the family coffer.

This was not a nursing position.  It was mainly just a “companionship” job.  I was to work two days a week to make simple meals, to make sure ninety-year-old “Miss Edith” didn’t fall and break a hip, to change the TV channels to her favorite programs, and to help her into her jammies at eight o’clock, before the evening caregiver arrived.

The hiring process for this part-time job involved an online mental health evaluation, an extensive background check, and several face-to-face interviews with the corporate home healthcare people.  I was surprised when I got a call offering me the job.  Almost as surprised as I was the following week when I pulled up into the circular drive of a large, imposing mansion for my first day of work.

The woman who trained me took me into the kitchen to explain Miss Edith’s “quirks.”  Apparently Miss Edith liked things done a certain way (her way).  She wasn’t “difficult”.  She was “eccentric.”  Some days her mind was sharp and some days it wandered.  I gathered from the trainer that Miss Edith had gone through a long line of caregivers, including a young woman who had left in tears after only two hours.

I would not be so easily run off.  After all, I had three children under the age of eight.  I could handle temper-tantrums.

The trainer took me into the library and introduced me to a tall, white-haired woman with piercing blue eyes who sat in a wingback chair, reading.  She seemed pleasant and polite.   Looking around her enormous library (I’m a major bibliophile) and seeing the shelves stocked with some of my favorite writers, I relaxed.  If Miss Edith was a reader, we would get alone fine.  Piece of cake, I thought.

We spent a pleasant first day.  Her mind was incredibly clear as she described scenes from her childhood that, as a writer, I found fascinating.  I’m always fascinated by other people’s stories.  She had a sharp, dry sense of humor that I found charming.  I soon gathered that she was involved in a battle of wills with the evening caregiver, an Evangelical Christian with a germ fetish, who Edith spent a lot of time imitating.

“She likes to sing hymns,” Edith said, rolling her eyes heavenward with a pious expression.  We both giggled like a couple of mean girls.  “She can’t stand germs so sometimes I wear the same dress two days in a row just to drive her crazy,” Edith said with a sly grin.

I found that, much like dealing with my youngest child, I could head off trouble by sticking to routine.  If Miss Edith liked her water glass covered with a paper napkin while she did her morning exercises, then I covered it.  If she liked her coverlet turned down a certain way when she took her afternoon nap, then I turned it.  Unlike the evening caregiver, I knew better than to try and force Miss Edith to conform to my way of doing things.

Bedtime in the mansion, I soon learned, was as fraught with fussiness and irritable behavior as it was in my house.  That first night, Jeopardy blared in the background while I fumbled around trying to get Edith ready for bed.

“Hang my sweater there on the back of that chair,” she said.

I hung it on the chair.

“What are you doing?” she said crossly.

“You said to hang it on the chair.”

“No, not there.  Sweaters go in the closet,” she said, snapping her fingers in exasperation.

I hung it on a hanger and opened the closet door.

“What are you doing?” Miss Edith said sharply.

“I’m hanging your sweater in the closet.”

“Why do you have my sweater?”

“Oh, alright then.  Hang it on the back of that chair.”

The following morning she was sitting up in bed doing a crossword puzzle when I arrived.  “Who are you?” she said.

I soon learned that Edith’s mental clarity did indeed, come and go.  She seemed distraught that day, caught up in memories that must have been unpleasant.   She mumbled to herself and when I put her down for her nap, she looked up at me and said, “You won’t leave me, will you?”

Later, sitting out in the sunroom while Edith slept, I relaxed with Flannery O’Connor.  I could hear Edith’s gentle breathing on the baby monitor.  It was a rainy day; the old house was dark and filled with shadows.  I had almost dozed off when I suddenly heard, quite clearly, a man’s anguished whisper on the baby monitor.

The hair rose on the back of my neck.  I went quickly to Edith’s room where she lay, alone, sleeping like a baby.  That night, I told the evening caregiver what I’d heard.  I asked her if she’d ever seen or heard anything strange in the house.   “Are you asking me if it’s haunted?” she said.  “I don’t believe in ghosts.  But one of the other evening caregivers said she woke up one night to see an Indian standing in the room.  I think you probably heard Edith.  She has a deep voice.  And she talks in her sleep.”

I stayed with Edith for over a year.  I grew to love her like a friend, grandmother, sister.  I never discovered who Laura was.  I learned that the stories people tell, are often not nearly as compelling as the ones they don’t.  Years later, I wrote The Sisters Montclair, the tale of a young woman who comes to take care of a wealthy elderly widow, a woman with an illustrious, but mysterious, past.  My attempt as a writer, I suppose, to figure out who Laura was.  And what she meant to Edith. 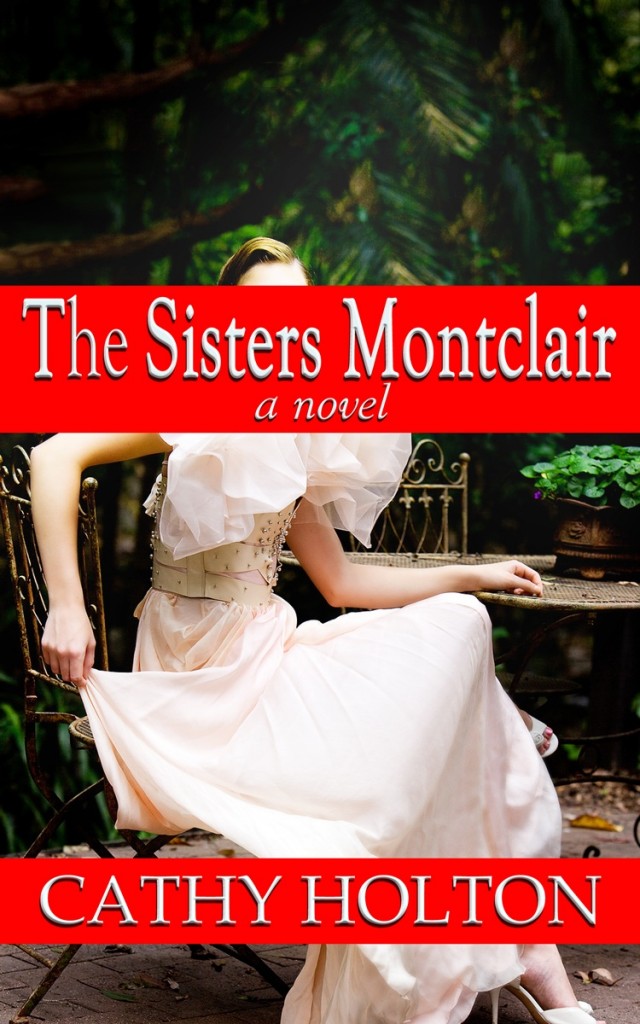 A tale of family secrets and sisterly bonds set against the unlikely friendship of two remarkable women: Stella Nightingale, a twenty-one-year-old runaway from a broken home, and Alice Montclair Whittington, a ninety-four-year-old Southern grande dame with a dry sense of humor, a wicked tongue, and an illustrious but mysterious past.

The last thing twenty-one-year-old Stella Nightingale wants is a job as a caregiver for wealthy Alice Montclair Whittington. Alice, a ninety-four-year-old Southern grande dame with a dry sense of humor and a wicked tongue, has already run off a long line of caregivers. But Stella, a former runaway from a broken home who’s only recently begun to put her life back together, is desperate for work. And she figures she can handle Alice.
But strange things are happening at Alice’s rambling mountaintop estate. As an unlikely friendship develops between the two women, Alice, whose memory comes and goes, begins to reveal long-ago tales of her illustrious past, tales that pose more questions than they answer. Who is her mysterious sister, Laura? Why won’t Alice and her sister, Adeline, ever speak of her? And why are the other caregivers afraid to go down in the basement?
As Stella tries to separate fact from fiction in Alice’s life, she struggles to overcome her own devastating family secret, compelled by a deepening friendship that will change the lives of both women forever. 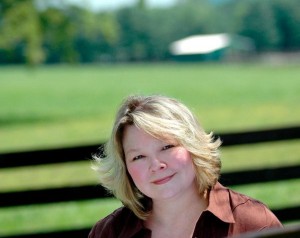 The Boston Globe says “Holton has a lively, fluid style that shifts easily among the viewpoints’ of several characters and goes down as easily as sweet tea,” while Entertainment Weekly calls her prose “Sharp, witty, and warm.”  She lives in Tennessee with her husband and a rescue dog named Yoshi.