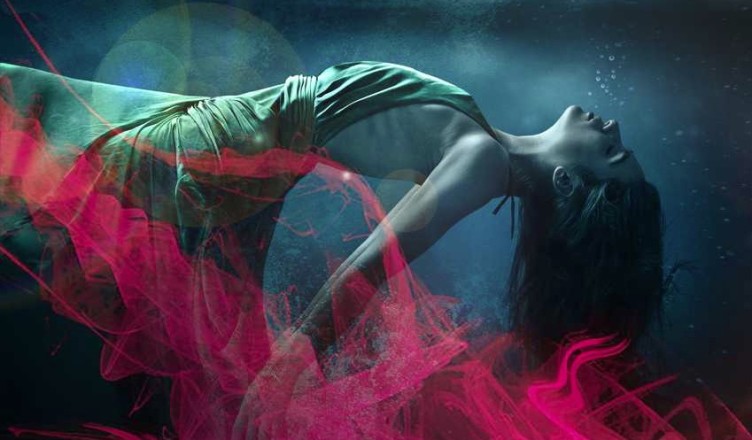 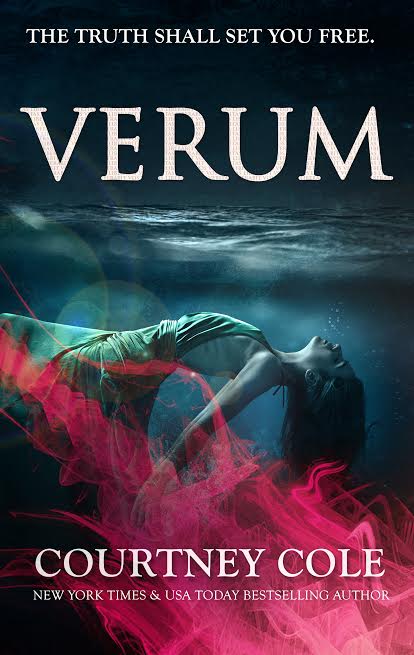 THE TRUTH SHALL SET YOU FREE.

My name is Calla Price and I’m drowning.

My new world is a dark, dark ocean and I’m being pulled under by secrets. Can I trust anyone? I don’t know anymore. The lies are spirals. They twist and turn, binding me with their thorns and serpentine tongues. And just when I think I have it figured out, everything is pulled out from under me.

I’m entangled in the darkness.

But the truth will set me free.

It’s just ahead of me, so close I can touch it. But even though it shines and glimmers, it has glistening fangs and I know it will shred me.

Are you scared? I am.

Together, we float to the surface, still intertwined.  We break through the top and I suck in a breath and Dare is staring into my eyes.

All I can remember, all I can focus on, is how veryalive Dare DuBray is making me feel in this moment, how alive he alwaysmakes me feel.

For a girl who has been surrounded by death her entire life, this is a very big deal.

“I’m a little afraid of you,” I blurt honestly, and Dare still has his arms around me.  Our treading water motions keep our legs rubbing together, the friction still there.

Dare smiles, but there is no humor in it.

My honesty makes me seem innocent, but I don’t know how to play games.  I have no experience with the opposite sex at all.

“Because that makes you feel something.”

But he’s hesitant now and he looks away. There’s something he wants to say, it’s balanced on the tip of his tongue, but he swallows it.

He wants to, I can tell. His secrets are killing him. He just wants to be normal, he’s just acting out a role.

I don’t know why I feel like I know this.  It’s just there, suddenly resting on my heart.

“You don’t have to be someone you’re not,” I murmur quietly.  His dark eyes snap up to mine and he pulls his hands away. There’s something in his eyes now, something guarded, and our easy afternoon has come to an end.

“What makes you think I am?” he snaps. “Pretending to be something I’m not, I mean.”

I’ve somehow annoyed him, and I don’t answer because I don’t know what to say.

“I’m not being someone I’m not, Calla,” he says coolly as he strides from the water.  “I’m being who you need me to be.”

“We don’t have towels,” is all he says when I follow him. My clothing soaks up the water and it is a very cold ride back home.

Dare doesn’t say another word and I leave him in the garage.

But as I lay in bed around midnight, I see his car leave the garage.

I don’t see him come home, and I’m awake for half the night waiting.

I have no idea where he goes when he slips away.

Somehow, I think he wants it that way.

There’s a fork in the road and even though I see it, I can’t avoid it.

One road goes left, one goes right, and neither of them end well.

I feel it in my bones,

I sing a song of nonsense, and it sings back.  The notes echo and twist in the air, and I swallow them whole.

“Come out,” I call behind me, because I know they’re there.

I can’t see them, but they’re always watching.

But above all, there’s oblivion and no matter what I do, I will be sucked into it.

And it doesn’t matter. 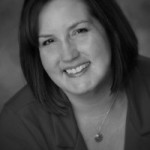 Courtney Cole is a novelist who would eat mythology for breakfast if she could. She has a degree in Business, but has since discovered that corporate America is not nearly as fun to live in as fictional worlds. She loves chocolate and roller coasters and hates waiting and rude people.

Courtney lives in quiet suburbia, close to Lake Michigan, with her real-life Prince Charming, her ornery kids (there is a small chance that they get their orneriness from their mother) and a small domestic zoo. 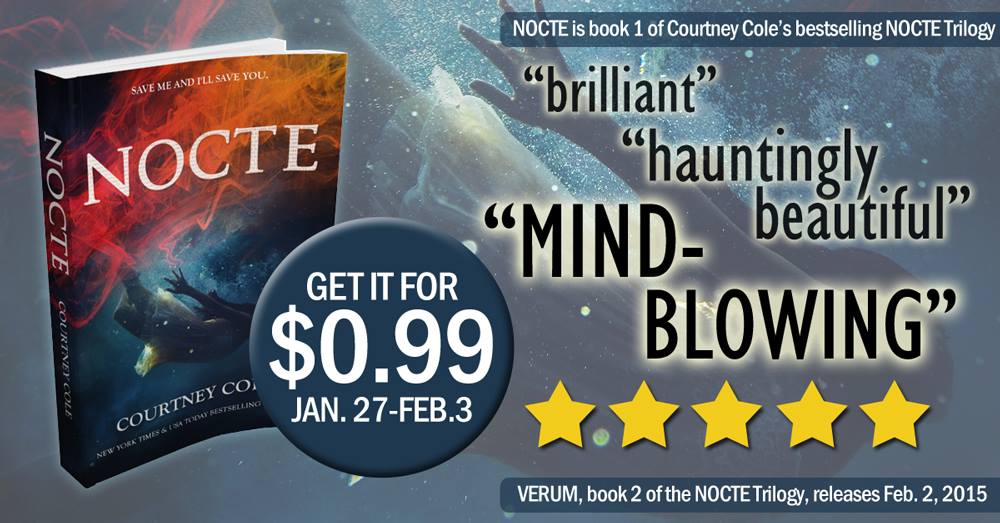 Read My Review of Nocte