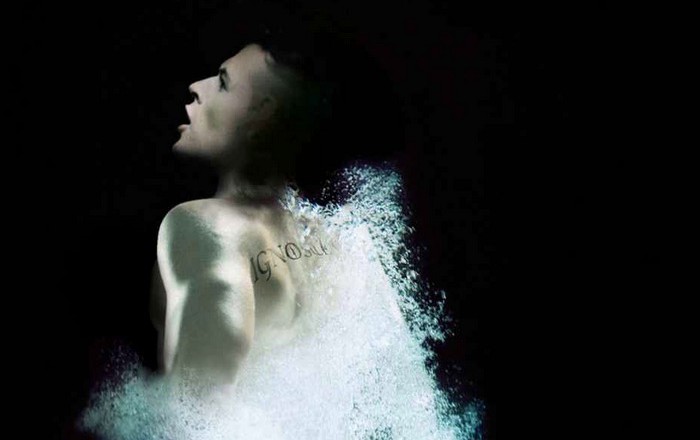 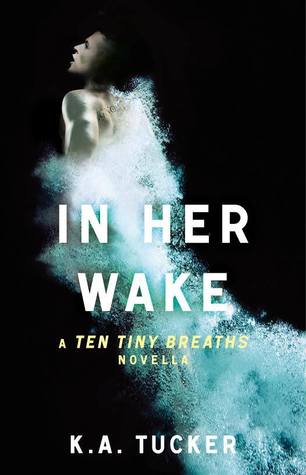 In Her Wake by K.A. Tucker

Before you knew him as Trent in
Ten Tiny Breaths, he was Cole Reynolds—and he had it all. Until one night when he makes a fatal, wrong decision…and loses everything.When a drunken night out at a Michigan State college party results in the death of six people, Cole must come to terms with his part in the tragedy. Normally, he’d be able to lean on his best friends—the ones who have been in his life since he could barely walk. Only, they’re gone. Worse, there’s the shattered body of a sixteen-year-old girl lying somewhere in a hospital bed, her entire life ripped from her because of a case of beer and a set of keys.Everyone assures him that they know it wasn’t intentional, and yet he can’t ignore the weight of their gazes, the whispers behind his back. Nor can he shake the all-consuming guilt he feels every time he thinks of that girl who won’t so much as allow him near her hospital room to apologize. As the months go by and the shame and loneliness festers, Cole begins to lose his grip on what once was important—college, his girlfriend, his future. His life. It’s not until Cole hits rock-bottom that he can begin to see another way out of his personal hell: forgiveness.And there’s only one person who can give that to him…

That’s how I spot her.

There’s no doubt that it’s her; I’ve memorized her face.

Leaning against a wall on the opposite side, her lips wrapped around a clear bottle filled with clear liquor, her fiery red hair a wild mane against the stark white wall, a tight black T-shirt showing off toned arms. She’s in no rush to part with that bottle, guzzling back a good portion before she hands it off to someone, wiping her mouth with the back of her hand.

Her eyes at half-mast.

My heart starts racing. What the hell is Kacey Cleary doing here? By my calculation, she’s probably finishing her last year of high school, having lost at least half a year while recovering.

I tug my cap down even farther, though I doubt she can see two feet in front of her.

I don’t know that she was, though. I wonder if Kacey Cleary gives a fuck about anything anymore. Her Facebook account is inactive. She hasn’t posted a single word and the well-wishes have dwindled, as everyone moves on.

I do know that she shouldn’t be at a party in this state. I’ve heard of bad things happening when girls get that drunk. Especially when they don’t care.

But what do I do?

A blonde stumbles into my chest with two beers in hand. “Hey, do you go here? What’s your name?” She’s tipping her head back way farther than necessary to look up at me, telling me she’s trying to flirt but is too drunk to do it right.

I smile down at her anyway. She’s a good cover. I can stand right here and watch Kacey. “I’m Trent, and I used to go here.”

From the corner of my eye, I see Kacey shift from the wall and begin climbing the stairs, her arm hooked around the railing to help her. Two guys following her. 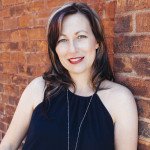 Born in small-town Ontario, K.A. Tucker published her first book at the age of six  with the help of her elementary school librarian and a box of crayons. She currently resides in a quaint town outside of Toronto with her husband, two beautiful girls, and an exhausting brood of four-legged creatures.

Catch up on the entire series!!

Kacey Cleary’s whole life imploded four years ago in a drunk-driving accident. Now she’s working hard to bury the pieces left behind—all but one. Her little sister, Livie. Kacey can swallow the constant disapproval from her born-again aunt Darla over her self-destructive lifestyle; she can stop herself from going kick-boxer crazy on Uncle Raymond when he loses the girls’ college funds at a blackjack table. She just needs to keep it together until Livie is no longer a minor, and then they can get the hell out of Grand Rapids, Michigan.But when Uncle Raymond slides into bed next to Livie one night, Kacey decides it’s time to run. Armed with two bus tickets and dreams of living near the coast, Kacey and Livie start their new lives in a Miami apartment complex, complete with a grumpy landlord, a pervert upstairs, and a neighbor with a stage name perfectly matched to her chosen “profession.” But Kacey’s not worried. She can handle all of them. What she can’t handle is Trent Emerson in apartment 1D.Kacey doesn’t want to feel. She doesn’t. It’s safer that way. For everyone. But sexy Trent finds a way into her numb heart, reigniting her ability to love again. She starts to believe that maybe she can leave the past where it belongs and start over. Maybe she’s not beyond repair.But Kacey isn’t the only one who’s broken. Seemingly perfect Trent has an unforgiveable past of his own; one that, when discovered, will shatter Kacey’s newly constructed life and send her back into suffocating darkness.

Livie has always been the stable one of the two Cleary sisters, handling her parents’ tragic death and Kacey’s self-destructive phase with strength and maturity. But underneath that exterior is a little girl hanging onto the last words her father ever spoke to her. “Make me proud,” he had said. She promised she would…and she’s done her best over the past seven years with every choice, with every word, with every action.Livie walks into Princeton with a solid plan, and she’s dead set on delivering on it: Rock her classes, set herself up for medical school, and meet a good, respectable guy that she’s going to someday marry. What isn’t part of her plan are Jell-O shots, a lovable, party animal roommate she can’t say ‘no’ to, and Ashton, the gorgeous captain of the men’s rowing team. Definitely him. He’s an arrogant ass who makes Livie’s usually non-existent temper flare and everything she doesn’t want in a guy. Worse, he’s best friends and roommates with Connor, who happens to fits Livie’s criteria perfectly. So why does she keep thinking about Ashton?As Livie finds herself facing mediocre grades, career aspirations she no longer thinks she can handle, and feelings for Ashton that she shouldn’t have, she’s forced to let go of her last promise to her father and, with it, the only identity that she knows

When a gorgeous young dancer walks through his door, a strip club owner must decide whether to follow his rules or his heart in the third novel by the author of One Tiny Lie and Ten Tiny Breaths.Owning a strip club isn’t the fantasy most guys expect it to be. With long hours, a staff with enough issues to keep a psych ward in business, and the police regularly on his case, twenty-nine-year-old Cain is starting to second guess his unspoken mission to save the women he employs. And then blond, brown-eyed Charlie Rourke walks through his door, and things get really complicated. Cain abides by a strict “no sleeping with the staff” rule. But being around Charlie challenges Cain’s self-control…and it’s been a long time since any woman has done that. Twenty-two-year-old Charlie Rourke needs a lot of money, really fast, in order to vanish before it’s too late. Taking her clothes off for men makes her stomach curl but Charlie tells herself that at least she’s putting her acting and dancing skills to good use. And though her fellow dancers seem eager to nab their sexy, sophisticated, and genuinely caring boss, she’s not interested. After all, Charlie Rourke doesn’t really exist—and the girl pretending to be her can’t get distracted by romance.Unfortunately, Charlie soon discovers that developing feelings for Cain is inevitable, and that those feelings may not be unrequited—but losing him when he finds out what she’s involved with will be more painful than any other sentence awaiting her

Purple-haired, sharp-tongued Reese MacKay knows all about making the wrong choice; she’s made plenty of them in her twenty-odd-years. So when her impulsive, short-lived marriage ends in heartbreak, she decides it’s time for a change. She moves to Miami with the intention of hitting reset on her irresponsible life, and she does quite well…aside from an epically humiliating one-night stand in Cancun with a hot blond bouncer named Ben. Thank God she can get on a plane and leave that mistake behind her.Football scholarship and frat parties with hot chicks? Part of charmer Ben Morris’s plan. Blown knee that kills any hope of a professional football career? So not part of the plan. Luckily Ben has brains to go with his knockout looks and magnetism. After three long years of balancing law school with his job as a bouncer at Penny’s Palace, he’s ready to lead a more mature life—until his first day of work, when he finds himself in the office of that crazy, hot chick he met in Cancun. The one he hasn’t stopped thinking about.If Ben truly were a smart guy, he’d stay clear of Reese. She’s the boss’s stepdaughter and it’s been made very clear that office romances are grounds for dismissal. Plus, rumor has it she’s trouble. The only problem is, he likes trouble, especially when it’s so good-looking…