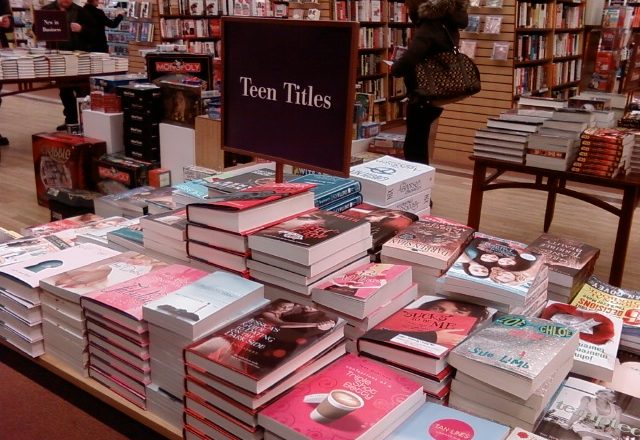 Evening Kindle-ites! So today I opened up my email (to shuffle through the 7 billion book blog subscriptions I have) and stumbled upon something I found pretty damn interesting.  J Meyers (author of Intangible – which I LOVED) was addressing the new stigma of YA books.  Now, all of you know that I ADORE YA books, you also know that I’m 31, and with that comes a whole bunch of hand-slapping and WTF’s. (Apparently I’m supposed to be reading Tolstoy – which for the record I read when I actually WAS a teenager.) Anyways (I digress) I was so impressed by her article that I tweeted her begging to share her words of wisdom with all of you. Naturally she agreed because I’m (I mean SHE’s) awesome.  So sit back, take it all in, and tell me what you think. I’m VERY interested.

Why YA Speaks To Readers of All Ages 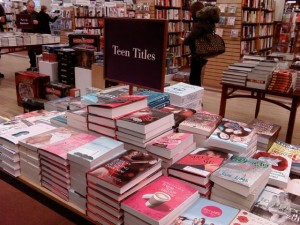 I’ve been thinking about this a lot lately because there seems to be some disdain, apparently, toward adults who read YA. Now, I’ve never experienced that personally, and really I couldn’t care less what someone thinks about the books I like to read. I like to read them. That’s all that matters.

But there was a recent NYT Room for Debate piece on adults reading YA that got people riled up. This isn’t a response to that so much as it is a puzzling out of just what it is about YA lit that I connect with and love so much, what I have in common with millions of other people—teens and adults alike. YA lit does not just speak to teens, and I’ll tell you why.

2. It’s often about coming into your own. We think of this as happening during the teen years, but for many of us it doesn’t happen until our twenties, thirties, or forties when we really figure out who we are and become comfortable with ourselves. When presented in adult lit, it often seems pathetic or sad when a character hasn’t figured themselves out yet. But in YA lit there’s a feeling of promise.

3. It’s often about finding our passions. Teens are figuring out what they want to do with their lives, pressured to pick a college/university, pick a major, pick a career years before they’ll be working at it. Some adults still haven’t figured out what they want to be when they grow up, haven’t figured out their passions. In YA lit, it’s approached with hope. In adult lit, oftentimes it seems the characters who haven’t found their passions are portrayed as downtrodden or lost. Who wants to connect with that—with the feeling of being stuck, hopeless? Even if some of us may feel that way in our lives, it’s more enjoyable to read a book that explores finding one’s passion with promise for the future. It may inspire us to do the same. (And don’t we all like to feel inspired?)

4. It’s often about overcoming great obstacles when you don’t know what you’re doing or how you’re going to get through. Hello, Life! We grow and learn our whole lives. There’s always something that you have to figure out how to cope with, how to do, feel overwhelmed by and fear that you’re not equipped to handle it. Having babies, raising kids, medical problems, new jobs/careers,  caring for elderly parents, etc. This is life. This isn’t just teen life. It’s Life life.

5. It very often involves falling in love—the first flutter of feelings, first touch, first kiss with someone can happen at any age. That initial excitement you feel tingling throughout your entire body, making your heart beat faster, giving you a grin you can’t hide doesn’t change as you age—it still feels the same whether you’re 16, 26, or 56. And we all love it, don’t we? Isn’t that the best part of falling in love? But it’s mostly glossed over in adult lit. There’s a hurry to get to sex, maybe marriage, children—what we often think of as the results of falling in love. The initial flutterings and excitement are barely explored in adult lit, if at all. But in YA, they are detailed slow and exciting just as we feel them in real life. It’s the build up to that first kiss when your senses are all heightened, when you feel most alive. It’s the process of falling in love. Some of us haven’t experienced that for a very long time and may never again (us old married folk!). That’s sometimes what people miss most about being single—the thrill of that first kiss and new love with someone. But we can feel it again through a book. We can experience vicariously.

Overall, YA lit is written with hope and optimism. Even the tough subjects, even the issue books are written with hope for what happens for the future of the characters, after The End. The characters don’t all necessarily live happily ever after—YA lit isn’t dipped in sugar. But it is steeped in hope. We lead happier lives when we have hope. We can get through tough times when we have hope. We can identify with characters who’ve been through the worst but survived with hope.

Reading books written with hope gives us hope for ourselves. Who wouldn’t love that? 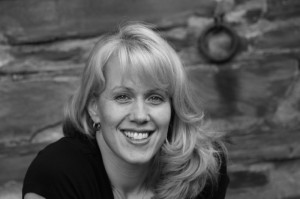 J. Meyers grew up in Vermont and now lives in Central New York. When she’s not reading or writing, she’s chasing her four kids around, exploring the outdoors with them, relishing the few quiet moments she gets with her husband, baking sweet treats, and forgetting to make dinner. Though she cannot actually see the future nor heal with a touch of her hand, she likes to think her children believe she can. Intangible is her first novel.

You can connect with J through her website HERE