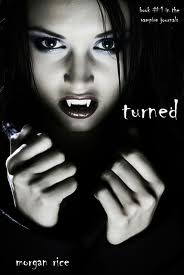 I realized yesterday, (as I sat staring at a blank white screen for an hour,) that sometimes the right words are hard to find.  For many of us, our words are confined to the simple (and sometimes idiotic) phrases that fly from our mouths each day, while others of us feel the need to put them on paper, (offer them up to a wider audience if you will,) and it is those words that are judged differently.  While normal conversation is free flowing and spontaneous, words written for the specific means of having them read are planned, plotted, written, re-written and then eventually edited to convey EXACTLY what the author meant.  Both forms have consequences and significance, but only one of those can be picked apart and overanalyzed to death. The WRITTEN word.
Ok, my point (I assure you I have one.) In the last several books I have read (some I have reviewed others I have not) I have found myself taken aback by the authors need to throw around the “L” word. While the word (sadly) has taken a somewhat “less than meaningful” tone in everyday society, (thank you very much horny teenagers) it’s importance in literature is the exact opposite, (heavily weighted and to be accompanied by sincerity.) Why exactly am I giving you a lesson in word placement instead of telling you about “Turned?” Because this book is a prime example of misplaced affection, and unfortunately…it detracted from the story instead of adding to it.
First…the synopsis. (yes, I’m being lazy by copying the author’s blurb…sue me.)

“In TURNED (Book #1 of the Vampire Journals series), eighteen year old Caitlin Paine finds herself uprooted from her nice suburb and forced to attend a dangerous New York City high school when her Mom moves again. The one ray of light in her new surroundings is Jonah, a new classmate who takes an instant liking to her. But before their romance can blossom, Caitlin suddenly finds herself changing. She is overcome by a superhuman strength, a sensitivity to light, a desire to feed–by feelings she does not understand. She seeks answers to what’s happening to her, and her cravings lead her to the wrong place at the wrong time. Her eyes are opened to a hidden world, right beneath her feet, thriving underground in New York City. She finds herself caught between two dangerous covens, right in the middle of a vampire war. It is at this moment that Caitlin meets Caleb, a mysterious and powerful vampire who rescues her from the dark forces. He needs her to help lead him to the legendary lost artifact. And she needs him for answers, and for protection. Together, they will need to answer one crucial question: who was her real father? But Caitlin finds herself caught between two men as something else arises between them: a forbidden love. A love between the races that will risk both of their lives, and will force them to decide whether to risk it all for each other…”

Now, onto my soapbox I go.  I would first like to state that I had some pretty severe reservations about “Turned” by Morgan Rice before I even turned on my Kindle.  While the synopsis sounds exciting, (“action packed” if you are going by my first impression) the book in it’s entirety is only 196 pages long.  Seems a little condensed for so much going on right? I thought so.  Anyways, I was certain that unless Ms. Rice had a magic wand and the best damn thesaurus in town there was no way she was going to pull this off successfully in so few pages.  I was both right…and wrong. (Damn I hate it when that happens.)
For starters the first 20% or so was VERY one dimensional, (as in generic YA fluff with no legs) it was not until Rice introduced multi-narration that the story actually (pardon the pun) grew some teeth and became interesting.  With the introduction of additional characters we also found ourselves immersed in action, (chase scenes to be exact which…by the way…were expertly penned.) The action led to Caleb, which in turn led to the “series plot” (as apposed to this specific books “sub plot”) and the story took flight. This (“lets save the girl…she is the “One”) moment is also the point where Rice should have slowed her story down.  It is obvious in most books who the love interest is going to be, but it is an authors duty to maneuver their relationship in a way that creates an attachment between the reader and the characters in the book, (*cough* this is where the “L” word lesson would have come in handy) Though the “I Love You” in “Turned” came at 86% (which seems late) it was VERY premature. Caleb and Caitlin had known each other for approximately 3 hours and (while yes) there was a “connection” the immediate revelation of “love” dwindled every ounce of anticipation the reader might have had towards their next encounter (this little slip up also makes the next book much less appealing.) If (for example) Rice would have waited until book 2 to declare feelings, the intimacy between the two would have fueled the readers desire to keep going.
“I love you” issues and “fantastic action sequences” aside, the book was…average.  There were a few discrepancies through-out the writing (tenses) and I whole-heartily believe that if given more room to write the book would have felt more complete, but overall it wasn’t that bad of a read.  It was quick, it ultimately kept my attention, and it had both evil and nice vampires with is a nice change of pace.
Happy Reading my fellow Kindle-ites and remember: If you start craving blood, and can suddenly lift a car over your head chances are you don’t have a stomach flu.
Click image for complete details
[Rating:3/5]