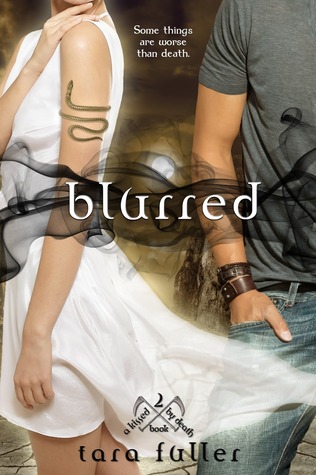 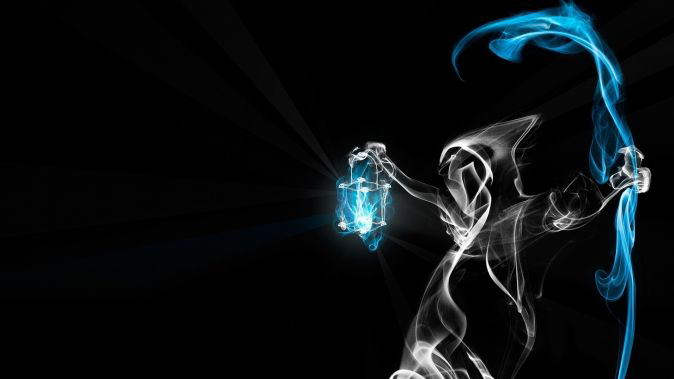 So, last month, when I reviewed Cayla Kluver’s Legacy Series, I swore to myself I would never again write a review that involved multiple books in a series. This did not stem from a place where I considered my review inadequate (I think I was pretty dang informative in that review) It instead came from a place of pure, unadulterated, beat-down-ed-ness (yes, I totally made that up.) Reviews are not an easy thing for me to write. Not bashing anyone else’s style (because we all have one common goal here…to promote literacy) but I tend to be a tad more in-depth (or at the very least anal) than most book bloggers. I tell stories. I try to teach lessons, and I (as much as humanly possible) try to paint the book (whether good or bad) in the fairest light possible. It would be easy for me to use simple phrases like: “This book rocked!” “I loved it!” “OMG, buy this book now!!” But I’ve never enjoyed the easy route, some may call this “glutton for punishment.” I call it dedication.

Anyways…back to my original point. The reason I don’t like writing one review for multiple books is because it’s hard. Especially when you are trying not to spoil the story. But, in the interest of saving everyone a little time (and by everyone I mean myself…it’s a holiday weekend for me.) I’ve decided to brave these deep waters again, and review both book 1 and book 2 in Tara Fuller’s “Kissed By Death” series.

So, without further ado…let the games begin.

Synopsis For Inbetween
Since the car crash that took her father’s life three years ago, Emma’s life has been a freaky — and unending — lesson in caution. Surviving “accidents” has taken priority over being a normal seventeen-year-old, so Emma spends her days taking pictures of life instead of living it. Falling in love with a boy was never part of the plan. Falling for a reaper who makes her chest ache and her head spin? Not an option. It’s not easy being dead, especially for a reaper in love with a girl fate has put on his list not once, but twice. Finn’s fellow reapers give him hell about spending time with Emma, but Finn couldn’t let her die before, and he’s not about to let her die now. He will protect the girl he loves from the evil he accidentally unleashed, even if it means sacrificing the only thing he has left…his soul.
Synopsis For Blurred
Cash is haunted by things. Hungry, hollow things. They only leave him alone when Anaya, Heaven’s beautiful reaper, is around. Cash has always been good with girls, but Anaya isn’t like the others. She’s dead. And with his deteriorating health, Cash might soon be as well.

Anaya never breaks the rules, but the night of the fire she recognized part of Cash’s soul—and doomed him to something worse than death. Cash’s soul now resides in an expired body, making him a shadow walker—a rare, coveted being that can walk between worlds. A being creatures of the underworld would do anything to get their hands on.

The lines between life and death are blurring, and Anaya and Cash find themselves falling helplessly over the edge. Trapped in a world where the living don’t belong, can Cash make it out alive? 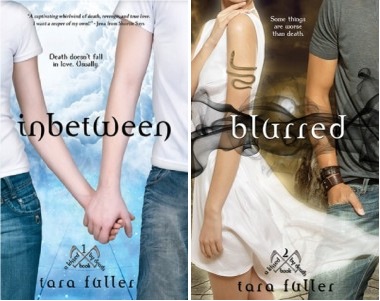 The most important thing to point out about these books is that they are not about the same characters. Yes, the same characters are IN each book, but the story in “Inbetween” (which is – in short – a incredibly messed up love affair between Finn/reaper and Emma/human) has a definitive ending, therefore does not carry on to book 2, “Blurred.” With the exception of one aspect. In book 1, Cash is the best-friend. In book 2, he’s the protagonist.

But, how about I start at the beginning. Which, ironically…involves “the end” since this series is about reapers.

That’s right ladies in gents, it’s a full throttle soul fest, and you are invited to witness loads and loads of unexpected death, cool tricks with a scythe, and a very stinky (and hot) underworld.

In “Inbetween” we are introduced to a wide range of characters, from the weak (read: might be mentally ill) to the stalker-ish. Each is brilliantly developed and (surprisingly) holds their own amongst such a large crowd. And with such a large “crowd” (at least 8 major players) dialogue and direction could have taken a nose dive very quickly. Fortunately this was not the case…for either book. Dripping with wit, compassion and (despite the fact that they are dead) a firm grip on reality, Fuller’s characters take command of the plot and make it their own. Fuller did not write these books, her characters did. Which is what makes BOTH stories so darn engaging.

If I’m to be honest…I enjoyed “Blurred” much more than I did “Inbetween.” For one simple reason…complexity. Though Finn and Emma’s story (in book 1) was an interesting one (hello….forbidden love?) It was the devastation of reality (in Blurred) that really got my blood pumping. See, in book one we are learning the rules. In book two, we are learning what happens when you break them. While both are great (and appropriate for a series) the leap from light to dark was intense and (at times) heartbreaking.

I did find the major “reveal” in both novels a tad predictable, but I didn’t feel as though it interrupted the flow of the story. Instead…I found myself waiting for the moment I could utter “Oh…shit just got real!” in my head. Moment of truth…if you read (a fair share of) paranormal fiction, the chances are you are going to figure out the line of these stories about 100 pages in. But, if you read (a fair share of) paranormal fiction you also know it’s not about the what, but the who. Fights, demons, evil underlords…they will always take a backseat (to character connection) in instances like these. I’m not bashing the plot lines (as a matter of fact, I found them quite entertaining) just don’t be surprised when things wrap up a little too nicely at the end of each book.

So what does all of this mean in the long run?

It means that this is a solid series.

Love. Action. Deception. History. All things that make YA Para-freaks, well…freaky. If this genre is your “thing” don’t feel bad about forking over your hard earned bucks.

Happy Reading my fellow Kindle-ites and remember: “A man who won’t die for something is not fit to live.” – Martin Luther King Jr.