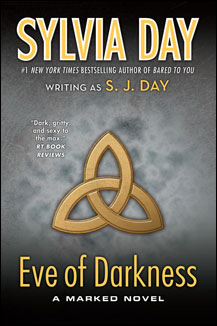 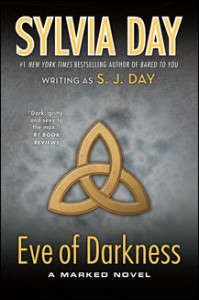 You know that feeling you get when you plop down on the coach, snuggle up with whatever random blanket you found on the floor, and prepare to watch your favorite show? You are happy. This is your time. Time to let your hair down, pretend that you’re not drinking an entire bottle of wine by yourself and let the beautiful world of television drama drag you away into a world that is quite possibly the most ridiculous thing you have ever seen. Which of course is why you love it so much. And then it happens. The opening credits finally appear and they are different. I’m talking black and white, ominously quiet background music and they are moving so slow you are afraid the wine is actually starting to affect your perspective. In my house, this is called the “Oh shit” moment. The moment when you realize you are about to see something so horrific that by then end of it you will look less like a human and more like a life-sized ball of walking snot. It’s the death episode. The episode that will start off in the future, at the most dramatic point possible, and then you will have to stare dread in the face for the next 45 minutes to understand HOW you got to that point. It sucks. There is absolutely no other way to say it, but at the same time…you are riveted. Everyone loves a good train-wreck right?

This is exactly how the beginning of “Eve of Darkness” starts. In the pit of utter despair. An unforgettably wonderful pit of despair. Sounds fun doesn’t it.

Cursed by God, hunted by demons, desired by Cain and Abel… All in a day’s work.

For Evangeline Hollis, a long ago fling with a bad boy from the wrong side of the tracks just became a disaster of biblical proportions. One night with a leather-clad man of mystery has led to a divine punishment: the Mark of Cain.

Thrust into a world where sinners are drafted into service to kill demons, Eve’s learning curve is short. A longtime agnostic, she begrudgingly maneuvers through a celestial bureaucracy where she is a valuable but ill-treated pawn. She’s also become the latest point of contention in the oldest case of sibling rivalry in history…

But she’ll worry about all that later. Right now she’s more concerned with learning to kill while staying alive. And saving the soul she’d never believed she had.

It’s been quite some time since I’ve had to write a review for an “adult” paranormal romance, and since I am having a difficult time trying to make “you will need to read this book by a shower…a cold one” sound eloquent instead of trashy, I’ve decided to just lay all of my cards on the table. Go big or go home! That’s what they say right? So here it…OH MY GOD! (Hmm..ok, that wasn’t quite as dramatic as it sounded in my head.) To give you an idea of just how, um…HOT this book was, at page 75 I took a picture (of the page…not me you pervs!) I then sent that picture to my friend Tina with the words “Oh holy hell this is ****censored because my mom reads my reviews****” One hour later, she bought the book for herself. Game. Set. Match…sexy time.

But, a book can’t be entirely about the horizontal mambo can it? So let’s go back to my previous topic, the inevitability of doom.

I’m a not the type of reader that judges a book by its first chapter. I have read too many books that end in a magnificent flame of glory that started out as the stuff bad jokes are made from. So to me, judging a book on the stumbling block of its first few chapters is not only naive, but shortsighted. But “Eve of Darkness” got me. And by got me I mean, there was no way in Hades I was putting this book down after chapter 1. With a beginning so explosive (and yes, I mean “explosive” in the fire-breathing dragon sense of the word.) understanding the events that lead up to the chapters conclusion was almost an instinctual need for me.

Thankfully, “Eve of Darkness” didn’t take a flying leap off of Calvary Hill (two points to me for incorporating a religious reference) after its stellar opening (which I was sort of afraid of) Instead Ms. Day managed to hold my interests with the introduction of not one but two rather interesting (and infamous) characters. Cain and Able. Yes, THAT Cain and Able. (*pauses for a moment of silence while agnostic followers Google Cain and Able.*) With character tension established thousands of years ago, Day had a lot to play with both emotionally and physically. And boy did she deliver. Sexy-time aside, EOD was packed with action. Fights between Cain and Able. Fights because of Cain and Able. Fights between every single paranormal entity known to man and Cain and Able. (I think you get my point.) There was very little downtime to this book, and I have to say I appreciate that almost as much as Eve’s (the actual protagonist in this story’s) inability to choose between two incredibly hot men.

Because the non-stop action set a breakneck pace which kept me flying through pages like my ass was on fire. AND despite it’s moments of information/plot overload (I think there were maybe 6 different stories going on at once) I found myself utterly enthralled. Something I think everyone needs a little dose of from time to time. (Total mind-numbing literary bliss.)

Add in a fairly hefty dose of leading lady snark, and a plot so twisted I wasn’t even sure if the characters knew who they were screwing over, what I was left with was one hell of a guilty pleasure. (That I devoured in less than a day and then finished off the series in the next two.)

Overall…a paranormal ditty sure to please fans of books like the “Black Dagger Brotherhood” or “Mercy Thompson.” Average writing, but hey…guilty pleasures are guilty for a reason are they not?

Happy reading my fellow Kindle-ites and remember: Sometimes it’s ok to let your freak flag fly. Not right now…put that crap away, but sometimes.