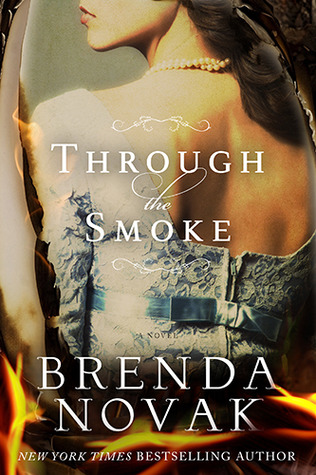 I am a uber-dork when it comes to classic literature. Not “regency” lit, (it’s important to understand the difference) but Classic. The Bronte sisters, Austen, George Eliot…Thomas Hardy; authors that everyone knows, but (I have found) few have ever read. When I think about “the best stories every crafted” THEIR stories come to mind.

Fact: There are no new stories. There may be original ways to TELL a story, but every story is an imaginative interpretation of a previous idea. (Ask any writer out there…they’ll tell you the same thing.) New stories are incredibly old. Classics, if you will. And even today can stand up to the scrutiny of the masses. But they aren’t just stories. They are the proverbial stepping stones for every other story out there. They explain what brooding, gothic, sacrifice, even love is, so that those that follow in their footsteps can fully grasp the reality of it. They tell stories. And they tell them with such passion, it makes them less of a story, more of a work of art.

Why does this matter? Well…for starters I think it’s important to understand roots. Additionally…Brenda Novak (an author most known for her NYT’s best-selling contemporary fiction) pays homage to these roots in her latest novel “Through The Smoke.”

But, before I continue, I want to share one thing with you. A piece of Novak’s reader letter that can be found at the front of TTS.

I’m so excited to bring you this historical romance! Jane Eyre was one of my favorite books when I was a girl (it’s still on of my favorites). I love the gothic feel of it, the air of mystery and, most of all, the heart-pounding romance. So when I first started writing, I set out to create stories in a similar vein. Then my career took a different turn and I ended up writing contemporary romance. After forty-something books, I’m finally returning to my first love. I hope you will enjoy reading this story as much as I enjoyed writing it.”

Let me be the first to congratulate you Ms. Novak on accomplishing your task. I felt as if Charlotte was sitting right next to me the entire time I was reading. A smile plastered across her face, in both admiration and pure unadulterated pleasure. Because “Through The Smoke” DID capture that vein, and I found myself devouring the words like a starving child.

Riches. Power. An ancient heritage of pride. The Earl of Druridge wanted only for an heir. So when he learned that his wife was carrying another man’s child, he was filled with a thirst for vengeance.

But he wasn’t the one who caused Katherine’s death. Or was he? To his horror, he remembers nothing of that dreadful night, when their last confrontation ended in scorching flame and cold blood.

Rachel McTavish, the beautiful daughter of a coal miner, knows something about the fire that took Lady Katherine’s life. In secret, the strong-willed girl strikes a bargain with the desperate earl: he must send his physician to help her dying mother or he may go to the devil—and the scaffold. He agrees, but she is still unsure that her revelation will be enough to save him when so many wish him dead.

Passionately drawn to the nobleman, despite all the doubt and mystery that shrouds him, Rachel wonders if he can really be a murderer. Or if he is the only man who will ever own her heart…

Who here has read Elizabeth Gaskell’s “North and South?” How about “Pride & Prejudice?”  Awesome…smash them together and you have Novak’s “Through The Smoke.” But that’s not the best thing about TTS. (Though those 2 books are easily on my favorites list.) What really stood out for me is the deviation from “generic” historical romance.

Let’s make a list shall we? For those of you/us that read HR, you KNOW there are a handful of plot points or SSDD’s (that’s “same shit different day” in case you were wondering) that will pop up in EVERY novel.

Feisty woman.
Arrogant (titled) man.
Intense focus on society (aka balls, dinners, jaunts through a park with a chaperone.)
The explanation of class.

These are all ok, but they also (tend to) force the author’s originally into a big steal box.

Novak didn’t adhere to custom. As a matter of fact she practically laughed in it’s face, focusing more on the struggle within the town and the mines (run by the Earl) than with her two lead characters passion for each-other (though I will admit…swoon was not missing from the dictionary.) She allowed Rachel to be feisty, but didn’t bog her down with it. She introduced the Earl as the ultimate evil, only to correct your impression of him within just a few pages. She did away with society completely. Class? Who needs it. Breaking the HR standard allowed this story to take flight. Leaving it’s genre in the dust and taking me back to a time when genuine craftsmanship ruled the day.

Also a shock: The characters. I know I harp on characterization all of the time (yes, I even annoy myself) but this genre (in particular) has to be solid or IT WILL NOT WORK. Flat characters will not draw you in. You will not believe a thing coming out of their mouth, and the romance that is supposed to be so tumultuous and heart-pounding will be lack-luster and plastic. More often than not (where HR is concerned) I believe only 1 of the leads. In TTS? I was IN it. I was impressed by the way they circled around each-other. Called each-other out on their BS. Relied on truth instead of manipulation. They pushed and they pulled. Successfully. Even the secondary characters (who’s rolls were equally as important to the end-game) felt vetted out and full.

So why not a five instead of a 4.whatever? Couldn’t really tell you. If I’m being up front, I was 3 hours late to an event because I couldn’t put this book down. I even admitted as much when I got there (much to their dismay.) Maybe it’s because I wasn’t running around the house trying to drag my husband into the book with me. (Which I do EVERY time I give a five.) Maybe it’s because I didn’t run right out and buy my BFF a copy and insist she read it immediately. Whatever the case…I loved it, but subconsciously found fault with it somewhere. Somewhere I’m apparently to daft to pin-point. But that’s not what’s truly important is it?

What IS important is…”Through The Smoke” broke the rut in Historical Romance. Something that should be commended, and likewise appreciated. It planted it’s feet in classic lit, and grew into a truly entertaining interpretation of happily ever after. And whether or not I have a sound reason for my rating, I do have a sound reason for my endorsement.

Read it…because it was good.

Happy Reading my fellow Kindle-ites and remember: Sometimes all you need to do is stretch your legs.