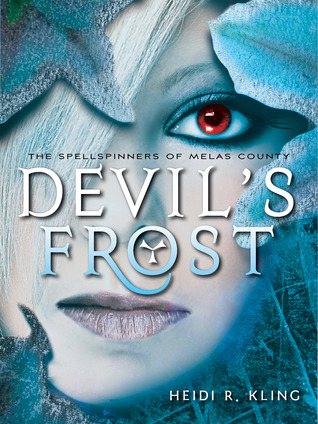 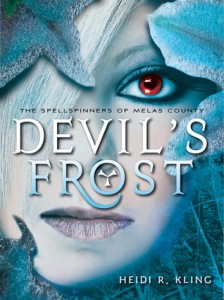 “Every young witch looks forward to her first Solstice Stones. The pride of representing her coven against the warlocks. The rush from her first taste of dark magic.

But a few short minutes into the Stones, and Lily’s lifelong dream turns into a nightmare of pain and regret. Betrayed not once, but twice, her restraint snaps—with dire consequences.

Lily is wracked with guilt and on the run from the powerful Congression, when her broken confidence is further shattered by an ugly secret from the past. As her options dwindle, Lily is forced into a distasteful alliance.

Will she be able to find her way back to the light? Or will darkness consume her before dawn’s new day?”

You know that saying: “Hindsight is twenty-twenty.” Well, that saying has never been more accurate than today. Five years ago when I started writing reviews I made a (at the time I considered it educated) decision to write complex reviews. Not necessarily wordy, or broken down. But full reviews, with lots of thoughts…spelled out and backed-up with examples. This morning…I wish I had chosen to write all of my reviews using a simple pro and cons list.

While I have no problem TALKING for long periods of time about this book (just ask my husband…who told me to “can it!” last night) I am finding it difficult to write down my ideas without listing them out. Why? Who the hell knows…maybe my brain is malfunctioning. (That’s been known to happen a time or two) But a Yay! vs Nah! thing would just be so much simpler right now. So… I’ve decided to be that girl. The one that just list crap for the sake of convenience.

But first… a little housekeeping.

“Devil’s Frost” is the third contribution to Heidi R. Kling’s “The Spellspinners of Melas County” series. Why am I calling it a “Contribution?” Because it’s not really a novel (though I call it one later in the review.) It’s more of an “episode.” A SECTION (139 pages) of a bigger story. It is also a part of Coliloquy’s Interactive Novels. (Which is a fancy way of saying choose your own adventure.)

But, all of that is just semantics. Let’s talk about Lily and Logan’s latest adventure.

At the end of “The Gleaning” all hell has broken loose. (I’d be more specific, but I don’t want to spoil it for those of you that haven’t read it yet.) “Devil’s Frost” picks up EXACTLY where TG left off. (I’m talking EXACTLY… not even a 5 minute break.) And boy…does it start off with a bang. Not only are there bodies laying around…not moving (*hint hint*) but no one knows exactly what is going on. In short it’s a cluster F. (Look at that! I just censored myself. *high five*) A cluster F that results in Lily and Logan hiding from a Congressional henchman. (Read: assassin.) There is lots of action, lots of lust, and a fair amount of magic. (All quality characteristics.)

Then what is my problem?

1.  While I appreciate companion narration (which this ENTIRE series has been written in) I feel as if it didn’t add anything to this particular section of the story. There were (of course) a few moments of additional information (for example how Logan learned of Chance’s fate.) But overall I felt like I was reading in a loop. As if  the teeny tiny page count acted as a chastity belt for Kling’s creativity. Instead of picking up the story at a different spot, (and expanding on the overall plot) Logan’s story started back at the beginning. (Ala rewind.)

2. The pacing was MUCH to fast. (Like Roadrunner.) I wanted it to slow down. I wanted more details. I wanted to relish in the twists and turns. Instead I was forced to take them at breakneck speed and hope for the best. I’m not insinuating that Ms. Kling should have added a 100 or so pages of useless hum-drum, but maybe a few more pages of explanations or details could have helped the book slow a little.

And this is where I stop bitching and start praising.

Most notably… the interaction between Lily and Jude. That’s right.. I said Lily and JUDE! While I enjoy ALL of the couples interactions, I was most taken in by Senior Bad Boy and his need to stir the pot. They are inexplicably drawn to each-other (they kind of remind me of Warner and Julliette’s interaction from “Unravel Me”, or Klaus and Caroline from The Vampire Diaries) which makes their connection much more entertaining than the “perfect couple.” (In this case being Lily and Logan.) Jude is the big unknown, and Lily can’t help but think about him (despite her undying love for Logan.)

I also LOVED the added history you had the option of reading at the beginning of the book. If I’m being honest, it helped me get my head back on straight after such a long break between books. (Yes, I was a little lost at the beginning. I would have benefitted from a quick reread of “The Gleaning.” – For the smaller details if nothing else.)

So where does this leave me at the end of the day? I’m gonna say the middle of the road. I wish it was longer. I hoped for more detail. But what I got wasn’t bad. In fact it was pretty good, and it DID leave me wanted more. Which might have been the point. (*shakes fist in air*) If you have already read the first 2 contributions to this series, I am willing to bet you’ll be happy with the third as well. If you haven’t had the chance, but need something quick and ultimately entertaining to read…this is a fun little series to throw your money at.

Happy Reading my fellow Kindle-ites and remember: Eyes are the window to one’s soul.

One thought on “Double Take”