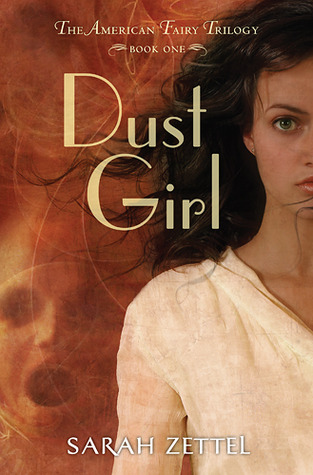 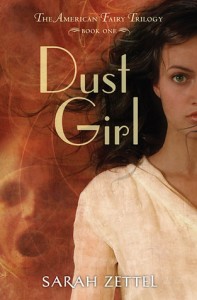 This new trilogy will capture the hearts of readers who adore Libba Bray’s Gemma Doyle series. Callie LeRoux lives in Slow Run, Kansas, helping her mother run their small hotel and trying not to think about the father she’s never met. Lately all of her energy is spent battling the constant storms plaguing the Dust Bowl and their effects on her health. Callie is left alone, when her mother goes missing in a dust storm. Her only hope comes from a mysterious man offering a few clues about her destiny and the path she must take to find her parents in “the golden hills of the west” (California). Along the way she meets Jack a young hobo boy who is happy to keep her company—there are dangerous, desperate people at every turn. And there’s also an otherworldly threat to Callie. Warring fae factions, attached to the creative communities of American society, are very aware of the role this half-mortal, half-fae teenage girl plays in their fate.

In a Month Called April, a County Called Gray

That was the day I found out I wasn’t actually a human being.

Now, mind, I didn’t know any of this when my cough woke me up that morning. Hot, still air, damp with my own breath, pressed against my face, and my tongue felt as stiff and strange as the sole of somebody else’s shoe inside my mouth. Unwinding the muslin scarf, which Mama made me wear over my mouth and nose when I slept, didn’t help much. It was already too hot and too dusty to breathe easy. Through the layers of sackcloth and muslin that we used for curtains, I could see the sun hovering like a rotten orange over the straight black Kansas horizon. Dust carried by the wind scratched and pattered against the windowpane, trying to get inside.

I lived with my mama in the Imperial Hotel in Slow Run, Kansas. Once, it was the finest hotel in the county, with its Moonlight Room, and the smoking lounge all decked out in red velveteen and gold fringe, and a ladies’ parlor sporting an Italian marble fireplace so big I could stand up in it. Even empty, it was the biggest, grandest home imaginable.

Slow Run itself was not a place you ever heard of, unless you had to live there or stop overnight on your way somewhere else. Used to be a lot of people did stay overnight. A lot of things used to happen in Slow Run. The trains used to bring in travelers and take out carloads of wheat from the grain elevator. Mama used to make plenty of money running the hotel her parents started.

It used to rain. But now Kansas was part of the Dust Bowl, along with Oklahoma, Texas, Arkansas, and Indiana, and had been for five, maybe six years. I could just about remember the time when I looked out my window to see the green wheat rippling all around the straight lines of clapboard buildings that made up Slow Run. Now there was nothing but the blowing dirt under that rotten orange sun.

I jumped off my brass bed, ran to the bathroom, and switched on the tap. Water came out in a thin gray stream, but at least it came. It didn’t always. I drank a little to rinse my mouth. It tasted like old tin. I plugged the basin drain and ran about an inch of water into the sink so I could scrub my face and hands with the little piece of store-bought soap. I wiped myself down with the washrag so the soap wouldn’t get into the basin water. I got store-bought soap because of my good skin, Mama said. My skin was cream-colored and soft with not too many freckles. But that meant I had to take special care of it, and always wear a hat and gloves when I went outdoors so I wouldn’t turn brown. I had good eyes too, she said, a stormy blue-gray color that people said turned steel gray when I got mad. My hair was another story. My black hair was my mother’s worst enemy. “So coarse,” she’d mutter while she combed the tangles out. She’d wash it in lye water and lemon juice, when we could get them. But even when we couldn’t, it had to be brushed a hundred strokes every night and kept done up in tight braids so it would be nicely wavy.

“When you’re older, Callie, we’ll put it up in a proper chignon,” Mama told me. “It’ll be so pretty. Until then, we’ll just have to do our best.”

Doing our best meant a lot of things to Mama. It meant keeping ourselves and the hotel clean, and minding our manners even when there was no one to see or care. It meant being patient, even on the worst days when my lungs felt so heavy from breathing in the blow dust all the time that they dragged my whole body down.

My workday dress used to be yellow, but wash soap and dust had turned it a kind of pale brown. I looped my scarf over my arm and carefully carried my wash water down the short, narrow hallway. Our staff quarters at the back of the hotel had two bedrooms, the kitchen, and a little sitting room. As expected, the kitchen was empty. Mama would be somewhere in the main part of the hotel, trying to chase Gray County back outside.

I scooped one cup of water out of my basin and poured slow drips onto the tomatoes growing in soup cans on the windowsill. The rest went into the tin bucket by the door for the chickens. Before opening the door, though, I pulled on my canvas work hat and gloves and tied my scarf securely over my face.

As soon as I stepped off the porch, sweat prickled on the back of my neck and at the edges of my scarf. The stems from our dead garden rattled in the hot wind. A brown grasshopper clung to one broken twig, waiting for a chance to get into the house and between my sheets.

I tried not to hate the hoppers, even when they got into the water basin or my shoes. The only reason we still had chickens was that the birds could live on hoppers and the little green worms that crawled out of the sunbaked fence posts.

The hens fought each other over the water while I helped myself at the nesting boxes. We were lucky today. Six warm brown eggs went into my pockets. My mouth watered. Maybe we could sell a few at the store for flour, or milk, or even butter, if there was any at Van Iykes’s Mercantile. The mercantile was the last store in town. There used to be a choice between Van Iykes’s and Schweitzer’s Emporium. But last week, Mr. and Mrs. Schweitzer locked their doors, tossed the key in the dust, climbed into their truck with their babies, Sophie and Todd, and drove away. Mama and I stood out on the porch and watched them leave.

“Cowards,” I muttered, because I didn’t want to think about how much I wanted to leave with them.

As if that thought was a signal, my cough started up again, in sharp little bursts. It hurt, but not as much as knowing Mama would never leave Slow Run.

The truth was, Mama was kind of crazy, and had been for years, but there was nothing anybody could do about it. Especially not me. She acted normal about most things. About everything, really, except my papa. My papa, Daniel LeRoux, had run out on Mama before I was born. He’d promised he would come back, and she’d promised she would wait for him. That promise kept us both pegged to this place while the state of Kansas dried up and blew away.

The wind swirled dust across the tops of my shoes and tugged at my skirts.

“Who’s that!” I spun around. But there was nobody there.

From here, the whole of Slow Run spread out stark and plain: the square clapboard and brick buildings marking out the straight, dust-filled streets; the four church steeples weathered a pale gray; the dusty tumbleweeds leaning lazily against the walls. Farther out, sagging barbed-wire fences ran alongside the black lines of the railroad tracks all the way to the hazy outline of the grain elevator, with the -spindly windmills standing sentry in between.

What there wasn’t was any person close enough to whisper in my ear. Except I could still hear the soft, deep, strangely beautiful voice.

I turned and ran for the kitchen door.