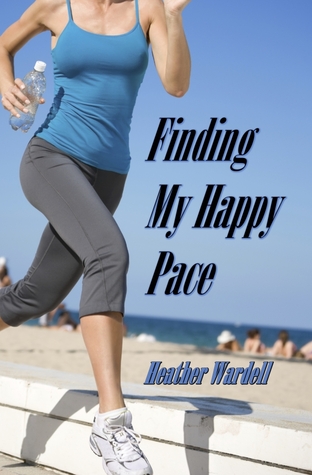 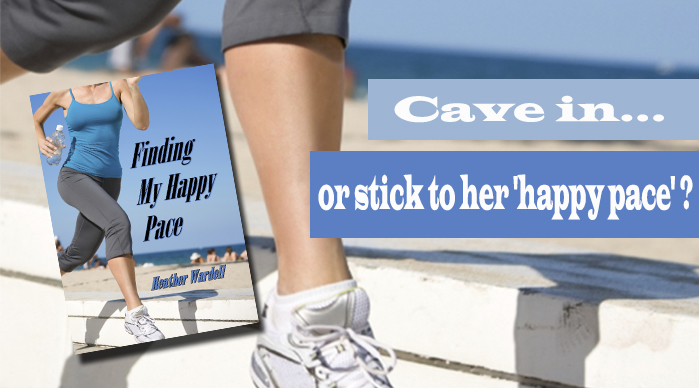 “Sometimes the happiest pace of all is sitting still” 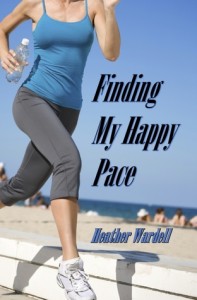 If thirty-year-old Megan were any more of a doormat, she’d have footprints on her back. She helps anyone and everyone, no matter the cost to herself, and she’s always been that way. Even the thought of withholding her assistance makes her feel sick. Worse, it makes her feel like she’s a bad person, selfish and unkind.

She takes up running purely to avoid gaining weight, but as she trains with her cute but heartbroken coach Andrew she becomes more able to do things she’d never thought she could, both physically and emotionally.

The day before she runs her first marathon, though, her best friend’s demands result in the biggest challenge yet to her developing assertiveness and Megan must decide: cave in as she always has before or stick to her new-found ‘happy pace’ in running and life.

There is this quote from Chbosky’s “The Perks of Being a Wallflower” that I absolutely love. It says:

“I am both happy and sad at the same time, and I’m still trying to figure out how that could be.”

Now, I’m not going to immediately tell you why this quote is so important, instead I want you to store that away for just a second. We’ll come back to it.

Four chapters into Heather  Wardell’s “Finding My Happy Pace” I wanted to stop reading. To say it was on a one star highway headed for the grand goose-egg at the end of the road is must less assumption and much more fact. I hated it. Angry Zeus lightning of fury type hate. Epic and all-encompassing.

See, I am an outspoken person (duh.) Aside from the occasional pity yes for the PTA I have no problem telling people no. It doesn’t mean I am selfish and live on planet Misty, it just means I will not let someone run over me. I am not a pushover. I am no ones maid.

That was not the case for the lead character (Megan) in FMHP. She was the definition of doormat.

Normally I can look past character nuances like these. “Ok, sooo…she’s a tad week.” “Alright, she’s a people pleaser. No big deal…let’s see where this goes.” But something about Wardell’s character just didn’t sit right with me. It was almost like she was verbally abusing HERSELF. (If that is even possible.)

What do I mean? Well…here are just a few examples of how the first 75% of the book read:

“Although I’d feel bad anyhow, like I always did when I couldn’t give everyone exactly what they wanted.”
“I couldn’t say no to her.”
“More trouble than I’m worth.”

Page after page Megan rationalized her worth. She sacrificed every ounce of happiness to please others. She gave away her food, she gave away her time, she gave away her space. She let her friends and family belittle her. She agreed with their sentiments, but she did it with a smile on her face and convinced herself that they only did it because they loved her.

She was horribly (self-made of course) miserable, but at the same time…she was happy. Because she made other people happy.

Now go back and read that Chbosky quote. Kind of fitting isn’t it.

Let’s talk about the rest of the book though, the first thing being Wardell’s writing.

Heather (cause it’s feels weird typing Wardell) is a fantastic writer. I have read several of her books and been pleasantly  pleased with all of them. Her stories are real, her characters are (usually) relatable and her work always comes with a lesson. All admirable qualities in contemporary fiction.

So just imagine how alarmed I was when she introduced the character “Andrew” and he was EXACTLY like a character from a previous novel.

Had Heather lost her knack for originality? What was with sudden obsession with MMA? Was this to be her new calling card?

Then I (smacks hand to forehead) realized it WAS the same Andrew and EVERYTHING clicked.

Megan and her low self-esteem.

Andrew and his quiet likability.

The timid interaction between them.

Megan was the lesson (as much as I hated reading about her) and Andrew was the purveyor of the lesson.

So I stuck it out. I cringed. I gasped. I tried like hell to not cuss at Megan for her ability to be tossed around like someone’s old shoe and then…

Lesson accomplished. — Regardless of my obvious dislike of Megan. (Which for the record never changed, I just finally understood the “point” Heather was trying to make.)

My final thoughts: this is definitely not a book for everyone (aka strong independent women need not apply) and it’s themes are much more “chick lit” than “sweet romance” but as long as you are aware of that going in (and have a strong stomach for rude people) I think you will enjoy it. Like I said…it does indeed house a very important life lesson.

Happy Reading my fellow Kindle-ites and remember: “If you don’t like something, change it. If you can’t change it, change your attitude.” – Maya Angelou

It would have been a solid 2 without the connection of Andrew. Just FYI.