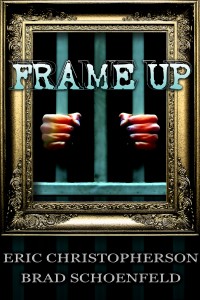 I have had several periods of literary addiction in my life. My classics phase, where I devoured anything and everything written in the 1800’s. My romance phase, where I didn’t really care how cheesy it came, as long as the story had some smooching, and then… my who-done-it phase, where I cleaned out the Barnes & Noble shelves of authors like Patrica Cornwell, Robin Cook and James Patterson.

It has been a while (I hate to confess) since I have committed my brain to the inner workings of a “cop thriller,” but I am ecstatic to say that I still have that “need” to figure “it” out.

There are few things better than trying to figure out a mystery, this is the exact reason television shows like CSI, and Bones have thrived for so long. The viewer, or reader (in this case,) is given a handful of situations and asked to figure out their significance, but right when you think you have it, the author takes those pieces, throws them into a Yahtzee cup, shakes them up and you have to start again.

In “Frame-Up” Eric Christopherson and Brad Schoenfeld do exactly that.

Will is a magazine journalist who’s life is about to change. On a mission to make an example out of New York’s legal system he does the unthinkable…he frames himself for a murder he didn’t commit. What murder exactly? A racially motivated murder of a New York police officer. Hoping to get some insight (and maybe a Pulitzer) Will takes the plunge and lands himself in the slammer, but when his “search for the ultimate story” starts to become a little “too real” he is desperate to find a way out. Is it to late to take back all of the evidence he stacked against himself, and will the people that helped him get there have his back or will they leave him hanging?

While this is not necessarily a traditional “who done it” (more a unique way of spouting the authors political views) the writing/plot elements are still the same. The “focused” plot is immediately established in the opening sequence of the novel, and is then followed up by sub-connecting plots which are inserted to create a web of conflicting clues. The pace was quick and solid, leaving no time for the reader to nod off, and the characters (with 1 exception) were very will established and superbly detailed in not only their personal but business persona’s.

There was, however… one VERY notable problem with character development (this is the aforementioned exception) “Will” is a very (highly) educated man. He not only spouts a private primary education, but a degree from Columbia, so the authors need to fill his inner and peer dialogue with rough Ebonics not only felt misplaced, but in places came across as ridiculous or offensive. Establishment of this character as having “come from the ghetto” was clear, and the authors’ constant need to reiterate his education made his use of words like “fo shizzle” sickeningly unbelievable and had me rolling my eyes.

This novel was by no means perfect, but the twists and turns were enough to make it enjoyable. Approximately 70% of the way in the plot gets smacked around making it hard to put down, and though then ending of the novel left a little to be desired, I wouldn’t call it a deal breaker.

All in all? Intelligent story, captivating plot.

Happy Reading my fellow Kindle-ites and remember: never leave ALL of your “evidence” with 1 person… what if they suddenly decide they hate you?