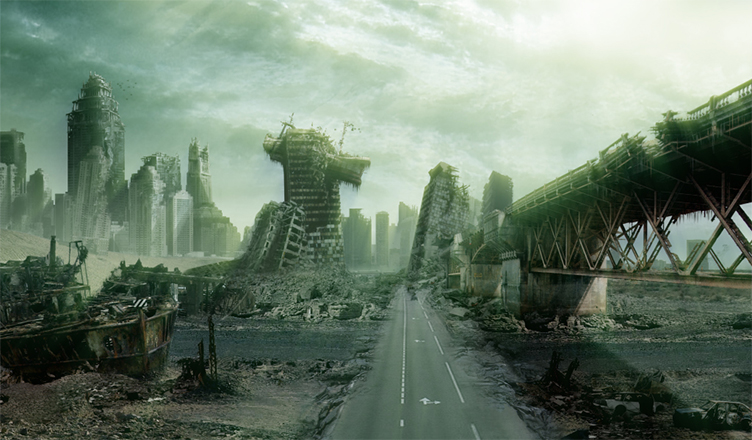 Josiah grew up in a dying world.
The Holdout survived, but when you are the son of Sylvia Cragen, you give up delusions early. He knew that they would die bloody–it wasn’t a matter of if. Only when.

Parker shouldn’t be alive. He should have died long before scouts from the Last Holdout rescued him. And he knows better than to believe that sailing away from the safety of the Holdout is a good idea.

Now, without the Holdout to protect them, all of his nightmares are coming true. Josiah is just crazy enough to believe that a fresh start is a good thing. But Parker has lived as prey, hunted by zombies and survivors before–and he knows that no one really survives. In the wild, zombie claimed world outside the walls of safety, there is only the dead walking.

When I first picked up a my copy of Andrews’ “Personal Apocalypse” I was a tad concerned that I’d be lost. Though it states in the synopsis that this book is the first in a new series called “The Hopeless World,” it’s world structure (and subsequently some of it’s characters) were based off of an earlier body of work called “The World Without End.” (A series I have not read.)

The question was: How was Andrews’ going to seamlessly divide these stories without leaving a fault line.

Thankfully my concerns were unwarranted, and the answer to my question…by allowing her characters to tell their complicated history through a series of flashbacks.

Right out the the gate Andrews establishes a breakneck pace. Not only with the situation her characters are in, but in her opening summary. A lot of information is provided in a short amount of time, but it’s straight forward and has very little flourish to it. It could have (easily) read like an info dump; three pages of details thrown at a reader with no other intention than to set the stage. Instead, it felt very natural. Almost like having a conversation with a friend who is trying to catch you up to speed over their lunch break. As for the flashbacks, they were an extension of the narration changes that happened throughout the story.

The narration did not change chapter to chapter, rather part to part allowing the reader plenty of time to form an attachment to whomever’s point of view they were hearing at the time. And though the chapters themselves were short, the “parts” were lengthy enough to cover everything that was necessary to build a compelling story.

Now, let’s actually talk about the story and why the word “personal” in the title is so important.

“Personal Apocalypse” is as much a love story as it is a zombie thriller. Maybe even more if you were to breakdown the plot.

Josiah is the child of the woman who ultimately ended civilization. That is a heavy burden to bear. Because of his situation he carries around a lot of anger. Anger that often goes unchecked. Until he meets Parker, a feral boy who understands only one thing…stay in the dark and survive. Alone they are out of balance, but together, well…Parker says it best.

“Somethings – some people – are too broken to be put back together. They’re too damaged. So F’d that it’s all sharp jagged edges that tears them up some more. And sometimes. Sometimes, they find the piece they’re missing. Sometimes their jagged edges are the ones that match another broken soul.”

It’s the battle between these two characters, and their profound outlook on life that drives this story along.

One moment their world is a harsh reality:

“The girl is racing through the night, and I follow, sprinting after her, and its insanity. I know it’s insanity. But this girl, whoever the f* she is, doesn’t have a zombie leashed to her. So she’s better than what’s in that hotel lobby.”

Next, an understanding of human nature:

“When has humanity ever stopped where they should? Pushing past the lines of reasonable behavior is the curse and curiosity of man. We can’t be happy.”

Then, it’s self actualization:

“I know what monsters look like. And none have ever held the visage of a zombie.”

It’s all of these thing together that make this book read like so much more than just another zombie schtick. It’s Andrews’ ability to combine the desperate and the hopeful.  To explore a broken world while still allowing her incredibly jacked up characters to love, protect and advise one another. It’s her ingenious capacity to put the complexity of “personal” into something much bigger than just one person.

This book does have a lot of zombie aspects to it. You get to hear about ravaged nations, zombies who take to the water, and what happens when too many gather in one place, but to be honest… it’s zombie light. There are no detailed descriptions of what they look like, or their eat habits. It’s a shocking change of pace, but not an unwelcome one.

So here is my advice to you…if you read Andrew’s “The World Without End” and enjoyed it, chances are you’ll enjoy this too. If you enjoy a good romance with a tad of chaos, you’ll also enjoy this. If you are curious about the wide world of zombie fiction, but aren’t ready to jump into the deep end yet…this is a solid option for you. Though not what I expected from a book about a dead world, I still liked it. As a matter of fact, I read it in one sitting.

The writing was solid, the characters where well developed and it left a lot of room for Andrews’ to play in the future. I wasn’t a big fan of the last 2-3 chapters (they felt rushed) but they weren’t bad enough to be a deal breaker.

I leave it in your hands. Happy reading.

This book is the first in a new series set in the zombie world of THE WORLD WITHOUT END. 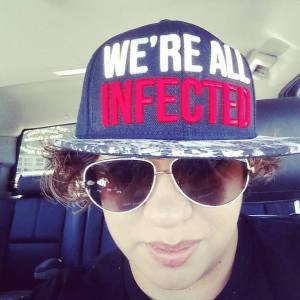 Nazarea Andrews (N to almost everyone) is an avid reader and tends to write the stories she wants to read. Which means she writes everything from zombies and dystopia to contemporary love stories.

She lives in south Georgia with her husband, daughters, spoiled cat and overgrown dog. She is the author of World Without End series, Neverland Found, Edge of the Falls, and The University of Branton Series. Stop by her twitter (@NazareaAndrews) and tell her what fantastic book she should read next.