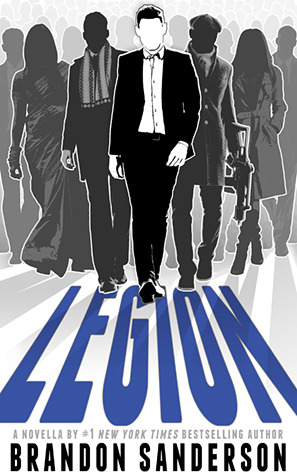 Being a mom is hard work. To be honest…it’s more of a juggling act that anything, and keeping all of the balls in the air? Takes some pretty intense focus. Especially during weeks like last week. Spring Break. A week of non-stop “Mommy!” – ing and several empty bottles of Advil. (For me, not my kids. I’m not that desperate. Yet.) Anyways, I’ve concluded (after much research) that this is the one week of the year I will get absolutely nothing accomplished. Zip, zero…wham bam thank you ma’am NADA! Especially reading. (*insert frowny face*)

But…I LOVE reading! (duh) It’s how I decompress, and…after playing Barbie doctor extraordinaire for five hours straight, and then spending an additional two surrounded by tiny mega phones at the McDonalds play-land, decompression = not up for debate. Just go with me on this…it’s either decompress or be featured on the evening news for unsavory things like…I don’t know…murder?

So I came up with a compromise. Short stories. Teeny tiny little snippets of literary brilliance hell-bent on saving my sanity in 100 pages or less. Perfect right?

Well…let’s find out. Here is just one short story that may have helped save a small family of woodland creatures from being kicked in the whiskers last week. 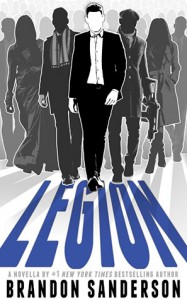 88 pages – Add to your Goodreads shelf!

Stephen Leeds, AKA ‘Legion,’ is a man whose unique mental condition allows him to generate a multitude of personae: hallucinatory entities with a wide variety of personal characteristics and a vast array of highly specialized skills. As the story begins, Leeds and his ‘aspects’ are drawn into the search for the missing Balubal Razon, inventor of a camera whose astonishing properties could alter our understanding of human history and change the very structure of society. The action ranges from the familiar environs of America to the ancient, divided city of Jerusalem. Along the way, Sanderson touches on a formidable assortment of complex questions: the nature of time, the mysteries of the human mind, the potential uses of technology, and the volatile connection between politics and faith. Resonant, intelligent, and thoroughly absorbing, Legion is a provocative entertainment from a writer of great originality and seemingly limitless gifts.

The best thing about short stories is the ability to get in and out in a reasonable amount of time. There is a beginning, a middle, and an END (aka no cliffhangers) and they are great for wasting short periods of time. For example: while waiting for a doctor’s appointment. I love this about them. Their shortness that is, and it is very VERY rare that I ever hunger for more once I’ve flipped that last page and found everyone nestled up nicely in their beds. This is not one of those times.

I have read several full-length Sanderson novels and been impressed each and every time. There is just something about the way his characters interact that suck me in like a moth to a flame. But I wasn’t sure he could pull off the same pizazz with such limited space. I was wrong. (*smacks hand for being naive*)

“Legion” was unique in a way I had never experienced before. While the story read as if it was bursting at the seams with characters and their many nuances, the fact of the matter was…it wasn’t.  In short…Leeds is a little bit whack. (That’s code for: there’s a very good chance he’s a schizophrenic.) And the majority of the characters in Legion are figments (or hallucinations as they are referred to in this instance) of his imagination.

Who here has seen the movie “A Beautiful Mind” and understands the saying “there is a very thin line between brilliance and insanity.?” That is where Leeds lives. That very thin line. HE claims to be an ordinary guy. “Me? Pfft. I’m nothing special.” But to everyone else he is a genius. A very eccentric genius, but a genius all the same. The truth is…he IS ordinary, it’s the characters he hallucinates (in full on technicolor) that are the smart/skilled ones.  He just (for all intents and purposes) passes on that wisdom whenever the timing is appropriate. So, in the end, what you get is a story that is full of lively, smart and well fetted out characters. When in REALITY (are you still following me?) there are maybe only 3 or 4 “real” people in the entire book. (Does that make sense?)

I promise you, as completely illogical (and brain numbing) as the entire scenario sounds (or my complete lack of talent describing it) it is completely and utterly fascinating to read. I was literally on the edge of my seat the entire time trying to piece it all together.

In other words…2 hours well spent.

Favorite Quote: “My name is Steven Leeds and I am perfectly sane. My hallucinations however are all quite mad.”