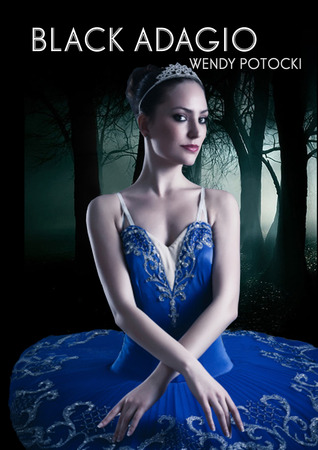 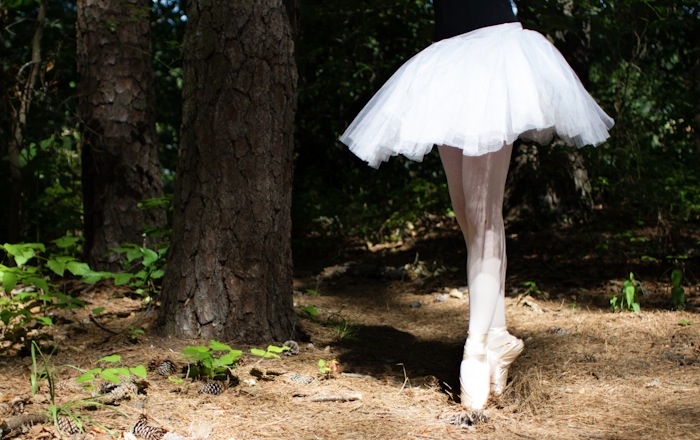 When I was a little girl I used to think that “ballerina” was just another word for “princess.” Pink tutus, tiaras, and hours of twirling…the comparison seemed logical. Before I had the pleasure of joining a troupe, I would watch the girls my age flock from the studio down the street, enough smiles and giggles to light up the world. I was jealous because they were happy. Ballet was what MADE them happy. Ballet was Wonderland, always magical, never dark.

It wasn’t until I was older that I discovered the falsehood on both accounts. Wonderland was (of course) terrorized by the Queen of Hearts, and ballet, well…it found it’s roots in gothic romanticism. Take the much beloved Swan Lake for example, Siegfried and Odette both die in the end! In La Bayadere Nikiya dies as well, and Solor is punished by angry gods.

From the outside looking in ballet is,  simply put…beautiful, but when you look deeper you can see the cloak of sadness and desperation that surrounds it. Not in just the stories performed, but in the dancers themselves.

Wendy Potocki’s novel “Black Adagio” does an excellent job of spotlighting BOTH sides of this very interesting world. Even if it does get a little wack-a-doodle towards the end.

Melissa Solange is presented the chance of a lifetime. Chosen as a member of a new dance company, she works tirelessly perfecting the one element of ballet she’s never mastered—the adagio. As she rehearses, a dark force watches. Resurrected by the surprise addition of a classic ballet to the repertoire, the sinister work is thought to be cursed—destroying anyone who attempts to dance it. When the production’s lead dancers begin to disappear, the old warning is taken more seriously. A death worshipping cult called The Innocents is blamed, but she is not so sure. They may be the scapegoat for an ultimate evil living in the woods of Holybrook. Desperate for an answer, she searches for what lurks in the shadows of the old trees before she becomes the next victim of the Danse Macabre.

So let’s talk about the clean side of the story first. (In which I mean the everyday relatable aspects of becoming a professional dancer and the pressures that come with it.) Raise your hand if you have ever seen the movie “Center Stage.” Well, then you pretty much know how the first 50% of this novel will unfold. Melissa (though obviously the most talented dancer there) has some fairly serious confidence issues. (Thank you very much drunk mommy.) Surrounding her are the company gossip/obligatory mean girl/slightly chubby side-kick/boys in tights/angry for no good reason instructors/and no-dance-affiliation outside the circle boy. (In this case he’s a cop.) They dance, they scream at each other, they play pranks (if that’s what you prefer to call drugging a girl) and well..you get my point. Normal yada yada with a hefty dose of dance terminology thrown in for good measure. It was 100% predictable. Also…I didn’t care. It wasn’t what the story was really about.

The story was actually about the dark forces surrounding the dancers and why everyone (and I do mean EVERYONE) seemed to suddenly disappear into thin air. (AKA: this is the gothic part of the story.) Melissa (or Missy as she is referred to the majority of the story) is the focal point of each and every plot line found between the pages of “Black Adagio.” Ultimately it is HER story. BUT…all of the players (at one point or another) controlled the novel’s POV. (Meaning, the internal dialogued hopped from character to character depending on the situation.) I’m assuming the decision to write it this way was to accomplish 1 of 2 things. 1) Establish a greater sense of mystery surrounding the entire cast of characters, or 2) To character build. Unfortunately, all it did was annoy me.

Because I’m not so sure either was accomplished. By switching between views we (as readers) were never allowed to fully immerse ourselves in Missy’s anxiety over what was happening around her. Each time the tension would start to build it was cut off by someone else’s wondering thoughts. As for the hope that it would character build? Fail. NONE of the characters other than Melissa had a past. (And even hers was a tad weak.) With no past I couldn’t get a real “feel” for anyone, which resulted in my not really caring about any of them.

The mystery surrounding the school was an interesting one. It was also very well thought out (despite it’s leap into paranormal territory in the last 20 pages or so.) But not giving two iotas about anyone in the story (even the ones that were supposedly in a relationship) made everything seem a little flat. Instead of me being so engrossed that I didn’t want to put the book down, I found myself in a perpetual state of meh.

It wasn’t bad, it was just missing something.

Also a problem for me (since I seem to be on a roll) the dialogue between some of the characters felt very stiff. Almost robotic, like Potocki struggled to differentiate between them.

So, why did I give this book a 3 when I so very obviously had some issues with it? Because I was completely lost. (Like, pitch black lost.) I had NO idea what in the world was going on. There were so many strings to the mystery aspect of this story that I couldn’t help but be impressed with Potocki’s ability to keep them all straight.  Cults, missing dancers, skeleton people, creepy eyes in the forest… it was every gothic cliche’ thrown into a bucket and mixed together until something disconcertingly cool slithered out. Yeah there were problems, (like the predictable ballet-esq ending) but they were (at times) easily overlooked due to they sheer craziness of the story surrounding them.

So here is my final thought. This book is not for everyone. Hell, not for most. It is LONG! (494 pages.) Crammed with Russian dancing terms. Some of the characters will make you want to punch small defenseless creatures in the face, and it is reeeeeallly far out there. That said, it’s got a quiet unsuspecting beauty about it that I haven’t had the pleasure of reading in a while. I say…read a sample and go from there.