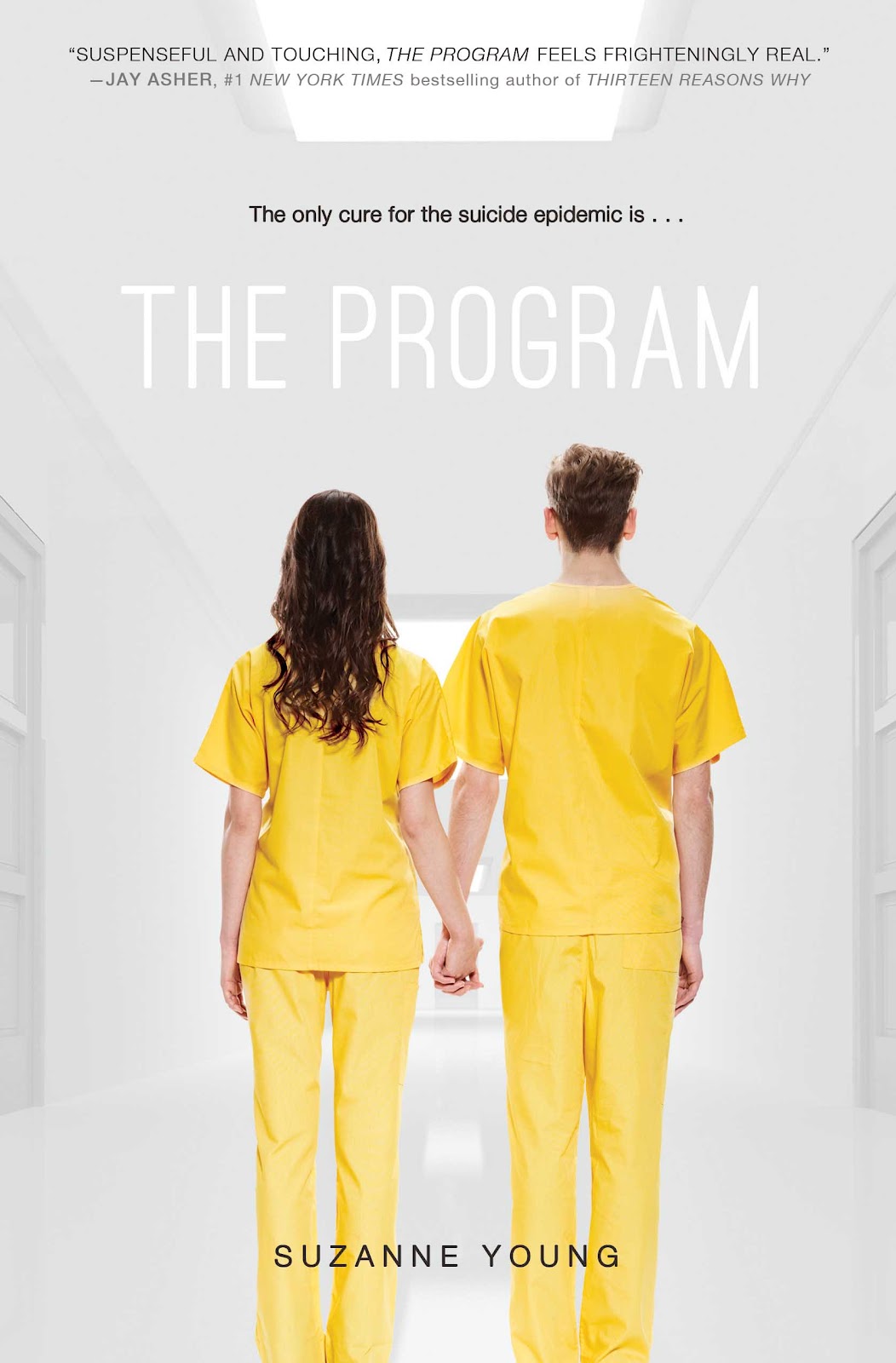 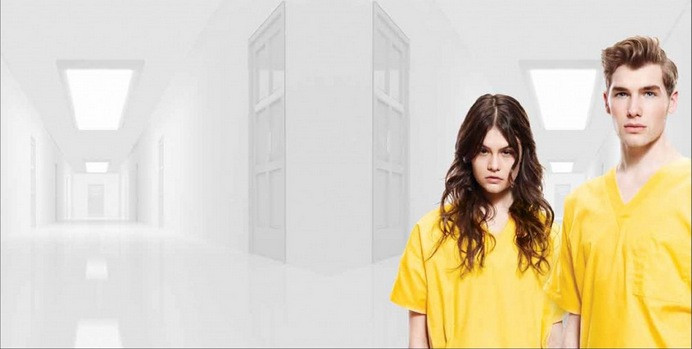 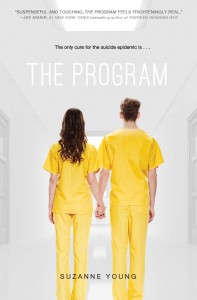 As a “professional” reviewer (and believe me when I say I use that word lightly) I spend hundreds of hours each month immersed in the written word. Most of the time…I read a book, shrug/eye-roll/smile/or shudder/ write down a few notes and move on. These books are not bad, just… forgettable.

Other times, I’ll pick up a book and be impressed. It’s entertaining  The characters are believable, and the plot is everything you expect from a quality crafted novel.

But rarely do I pick up a book and realize, too little too late, that what I’m reading is not a book at all, but rather someones soul slathered across page after page of brilliant white paper. That “words” is just a silly way of saying declarations/vows/edicts/pain and that “brilliantly heartbreaking” are the most beautifully combined adjectives known to man.

“The Program” is one of these rarities. It will influence your dreams. Dominate your conversations, and completely shatter any misconstrued sense of stability you currently possess.

It is also…one of the best book I have ever read. Period.

“In Sloane’s world, true feelings are forbidden, teen suicide is an epidemic, and the only solution is The Program.

Sloane knows better than to cry in front of anyone. With suicide now an international epidemic, one outburst could land her in The Program, the only proven course of treatment. Sloane’s parents have already lost one child; Sloane knows they’ll do anything to keep her alive. She also knows that everyone who’s been through The Program returns as a blank slate. Because their depression is gone—but so are their memories.

Under constant surveillance at home and at school, Sloane puts on a brave face and keeps her feelings buried as deep as she can. The only person Sloane can be herself with is James. He’s promised to keep them both safe and out of treatment, and Sloane knows their love is strong enough to withstand anything. But despite the promises they made to each other, it’s getting harder to hide the truth. They are both growing weaker. Depression is setting in. And The Program is coming for them.”

Someone once asked me what is harder: Writing a review of a horrible book or a wonderful book? And my answer has always been the same.

“It’s much harder to express happiness adequately than to tell someone something stinks.”

And while I still believe that to be true, today I found myself in an entirely different predicament. Writing a review for a book that has left an emotional footprint on my heart.

Contrary to popular belief I am not an Ice Queen. It DOES take me a little long to get emotionally involved (when it comes to books) I’ll happily admit that, but if you are the person that is able to chip the armor you will forever have my respect.

Suzanne Young is now officially one of those people.

To make a long story short…The program is about love. It’s not about suicide (though that is a major staple.) It is not about the pitfalls of a Dystopian society (Even if that is where the characters reside.) It’s about the emotional and physical response a person has when presented with the possibility of having nothing. The torture they are willing to endure to guarantee happiness. The parts of themselves they are willing to sacrifice for their soulmate. The hatred felt when someone tries to take all of that away because they are convinced your emotions are a plague. To know love. Feel love. And then have it ripped from your mind under the guise of protection. That is the plot of “The Program.” And it’s a plot that touches on fears ALL of us have, but never admit.

Now…I could go on and on about the emotional ramifications of reading this book. Tell you that from page 90-220 I could have been mistaken for the bathroom faucet, my tears were flowing so heavily. But I have a feeling I wouldn’t do it justice. That I’d sound mocking instead of sincere. So instead…I’ve chosen to speak through quotes. Quotes that only hint at the depth of emotion and heartbreak found in the pages of this astonishing addition to the literary world.

“Sloan,” James says, pulling  my arm. But I’m rocking, banging my forehead against the window, trying to make the memories, the regret, the pain go away. I want to stop moaning because I don’t even know what I’m saying. But I can’t control myself. I can’t control anything.”

“He smiles sadly. “It won’t hurt anymore once you forget. It’s the only thing that can save us now.” He bends to rest his forehead against mine, whispering  “We can’t go on like this. You have a huge hole here.” He puts his palm over my heart, and the touch is intimate and almost comforting. It’s not butterflies or romantic – I don’t have those feelings for him. But it’s a touch that makes me feel human. Alive.”

“Without thinking, I lean forward and hug James, making him stagger backward against the other side of the doorway. At first his hands are awkwardly at my hips as I rest  my head on his chest. His arms wrap around me protectively the shock of his touch almost jarring in its comfort. “I’m sorry,” I say suddenly, and straighten up. I back away, not sure there is anything I can tell him to make the impromptu affection less awkward. But James grabs my wrists and pulls me to him again, this time hugging me tightly like he’s the one who needs it.”

This, my friends, is a book worth reading, loving and sharing. It encapsulates the best and worst of human emotions, and it does so in a truly exquisite way. Don’t let this one pass you by. You will regret it later.

Happy Reading my fellow Kindle-ites and remember: “Don’t do anything by half. If you love someone, love them with all your soul. When you hate someone, hate them until it hurts.” – Henry Rollins

One thought on “Heart of Glass”