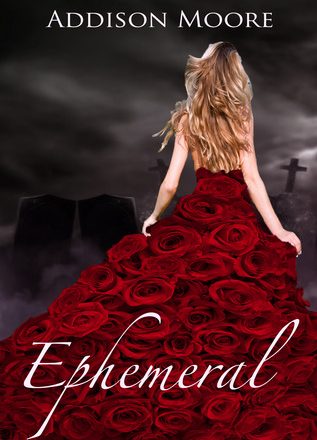 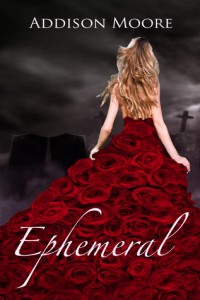 A Zombie and Vampire and an Angel walk into a bar.

The Zombie says to the bartender….

Oh, forget it. There is no way in hell I can think of a funny way to finish that sentence so just do me a favor and pretend like I said something wildly hilarious. Go on…I’ll wait.

About two times a month I run across a book that I find almost impossible to review.  It’s not because they are bad, or even great.  It’s usually because they are so chalked full of “entities” (in this case: paranormal) that I find it difficult to start a sentence without sounding one dimensional.

“Ladies and Gents…this is a book about Vampires.”

See where I’m going with this? Whether you believe it or not (I’m betting on the not) I am very structured when it comes to my reviews and when I have too many elements to work with I start to short-circuit.  This is one of those cases. (*Glares at Addison*) So in the interest of not leaving anyone out, because I am all about the equality:

“In the grand scheme of things, you’ll be dead a lot longer than you’ll ever be alive.

The last thing Laken Stewart remembers is the oncoming car, then bursting through the windshield.

Two months dissolve without her knowledge and she finds herself in unfamiliar surroundings with strangers who not only profess to know her but insist she’s someone else entirely.

Laken discovers her long dead boyfriend, Wesley, has been thrown into this alternate world as well. He is quick to inform her she suffered a horrible fall and that her memory hasn’t fully returned. According to Wesley the other life she had—her name, her family, they were simply a side effect of her brain trauma.

In her quest for answers she meets Cooper Flanders, the son of her psychiatrist who readily believes every word she says.

Laken Stewart knows she died on that hot July afternoon, but now she’s alive—or is she?”

Imagine for a second that you have a pretty crap life.  Your brother died. Your boyfriend died. Your new boyfriend is cheating on you and your home-life is, well…less than pleasant (aka you’re broke as a joke.) You get crazy pissed off one night (at boyfriend number two) and decide to confront him.  Next thing you know you’re flying through a windshield (very obviously on the brink of doom) with one thought in mind “Yeah, this was probably not such a copacetic idea.” You are dead. Or at least you “think” you are until you wake up in a comfy bed and find yourself surrounded by all the people you lost and gobs of annoying girls with waaaay too much money and not enough brains. Welcome to Laken’s life.

The most important thing I can tell you about this book is that you will be incredibly confused until about 60%. No, really…. you are just gonna have to trust me on this one.  But the total cluster f*** (and I mean that in the most endearing way the f-word can be said) is what will grab you and not let go (literally…did I mention there were zombies in this book?)

I have read a multitude of books that incorporate several paranormal genres at once, but I have never read one that was quite so wild while doing so. Because of this it’s hard to differentiate what exactly is happening. Laken is completely lost (metaphorically speaking) and so is the reader (not so metaphorically.) One minute you are white knuckling the book due to a raging fire, the next you are walking in a secret lab. It’s a bit of a brain stunner. BUT (<–see how big that is) I wasn’t turned off. Quite the opposite.  I NEEDED to know what was going on. I HAD to know. (*shakes fist in anger*)

Anyone remember J.J. Abrams brain squasher “Lost?” Think of this book as its demented little sister.

Is Laken alive? Is she dead? Is she paying penance of some sort? What is with the mind-reading and for God’s sake…what the hell is that in the forest?

It’s all up in the air, and it’s not until the end that any of it starts to make sense. (A little like a mystery novel if I’m being totally honest.)

The only negative I can definitively give it (since I’m starting to short circuit  Don’t say I didn’t warn you.) Is that I was a little put off by Laken’s need to justify her creepy dead (undead?) boyfriends actions. I get it! You love him, you lost him, you wanted him back and WHAM! there he is, but let’s be homegirls for a second can we? I can only hear you make excuses so many times before I want to punch you in the larynx for being so damn gullible (especially when there is a hot NON-douchey guy waiting for you in the wings.)

Triangle and angsty lust monkeys aside…not to shabby of a start for a series that promises to be pretty darn interesting.

Hold tight to you brains if you plan on reading Kindle-ites cause it’s going to take all of your mental awareness to get through this one. Nevertheless…I do recommend it for paranormal fans!

Happy Reading my fellow Kindle-ites and remember: Can’t decide on a creature for your novel? Put them ALL IN!

2 thoughts on “I Feel Dizzy”