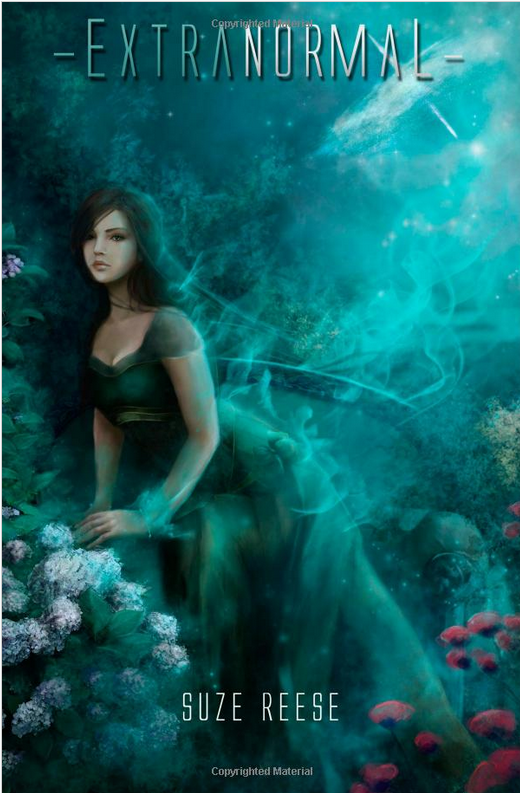 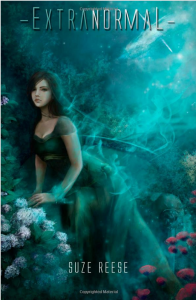 One of the most magical things about literature is its ability to create the impossible.

J.K. Rowling brought us collapsible buildings and cloaked train stations.  C.S. Lewis introduced us to a wardrobe that opened into a unknown world filled with Ice Queens and talking lions. J.M. Barrie, a land where boys never grow up and pirates fight crocodiles.

Imagination is what books are made of, and an author’s ability to create new and stunning worlds is what draws us to them.

Aliens make up a fairly large portion of fantastical literature. “They” ARE the unknown, so they are free to interpretation.  Some write them as little green men; some as elaborate machines that morph into cars at the first sign of trouble.  Suze Reese? She chose to make her aliens human.

Not exactly what  you were expecting to hear right? Me either, which is why “ExtraNormal” called to me like a Greek Siren.

“Mira Johns is pretty much like any other teenage girl. Except that she knows how to harness electro-magnetic energy to communicate without words.

Her assignment as an emissary to Earth sounds fairly simple: blend in, observe, and stay away from the planet’s primitive males.

But after she finds one boy too irresistible for stupid rules, she realizes the real reason she’s supposed to keep her distance: mates from her world can die if separated.

Mira’s only hope is to uncover the truth to why she, the most mediocre of candidates, was actually chosen for this assignment–before the agency discovers her secret and sends her back home.”

I’m not going to say this is the best “YA Alien” book I have read to date (that title goes to Obsidian) but I will say it was one of the more interesting ones.

Well, for starters it read more like a murder mystery (with a little voodoo juju) than an “aliens-are-taking-over-the-planet-tuck-and-roll-people” leap into sci-fi land. (Dang that was a mouth full.) There was a down to Earth (no pun intended) quality about this book (and it’s incredibly engrossing cast of characters) that made me second guess my natural need to dismiss erratic behavior as “crazy.”

I know, I know…”What the Sam-hell are you talking about!?”

First of all, don’t get your panties in a wad. I may be slow, but I’ll get to the point.

In Reese’s “extraterrestrial” world she made the unique decision to create her aliens in the likeness of humans. So much so that “they” are called humans and “we” are called “neohumans.” They (as a race) chose to accept the supernatural instead of burn it at the stake (literally…there is even a witchcraft reference.) and because of this they have become a much more advanced planet than Earth. (AKA they can make long distant calls without the use of a phone, and food? Pffft…who needs it! Take this veggie cube and get on with your day.) But with all of their differences (I say that like there is a ton, but from what I understand Mira still needed to use the potty like the rest of us.) the similarities are what draws you into the story.

Mira IS human.  She is awed by beauty.  She gets nervous and self conscious the same as we do.  She loves, and she hurts for the same reasons.   These are the reasons to read the book.

The story (in short form) focus on Mira and her quest to find answers. (Think of her as an alien spy.) There are some rogue aliens on Earth and she is there to smoke them out.  The only problem? A boy gets in the way. (Damn, I hate it when that happens.) Because she is so “human” (for all of the reasons I listed above.) She makes poor decisions (as far as her “job” is concerned) and it’s those decisions that thrust the plot into a mad dash to learn what is right and what is wrong.

The most important thing to understand about this book though?

It’s all about sacrifice.

Reese explored all of these questions while at the same time adding a sense of humor. (I’m an alien!! I don’t freaking know how to put on a seatbelt!)

Recommended for paranormal lovers, sci-fi lovers, and pretty much anyone that is a fan of YA lit. (Especially fans of Jennifer L. Armentrout)

Happy reading my fellow Kindle-ites and remember: “I don’t believe that there are aliens. I believe there are really different people.” – Orson Scott Card.

3 thoughts on “I’m Calling You Collect!”