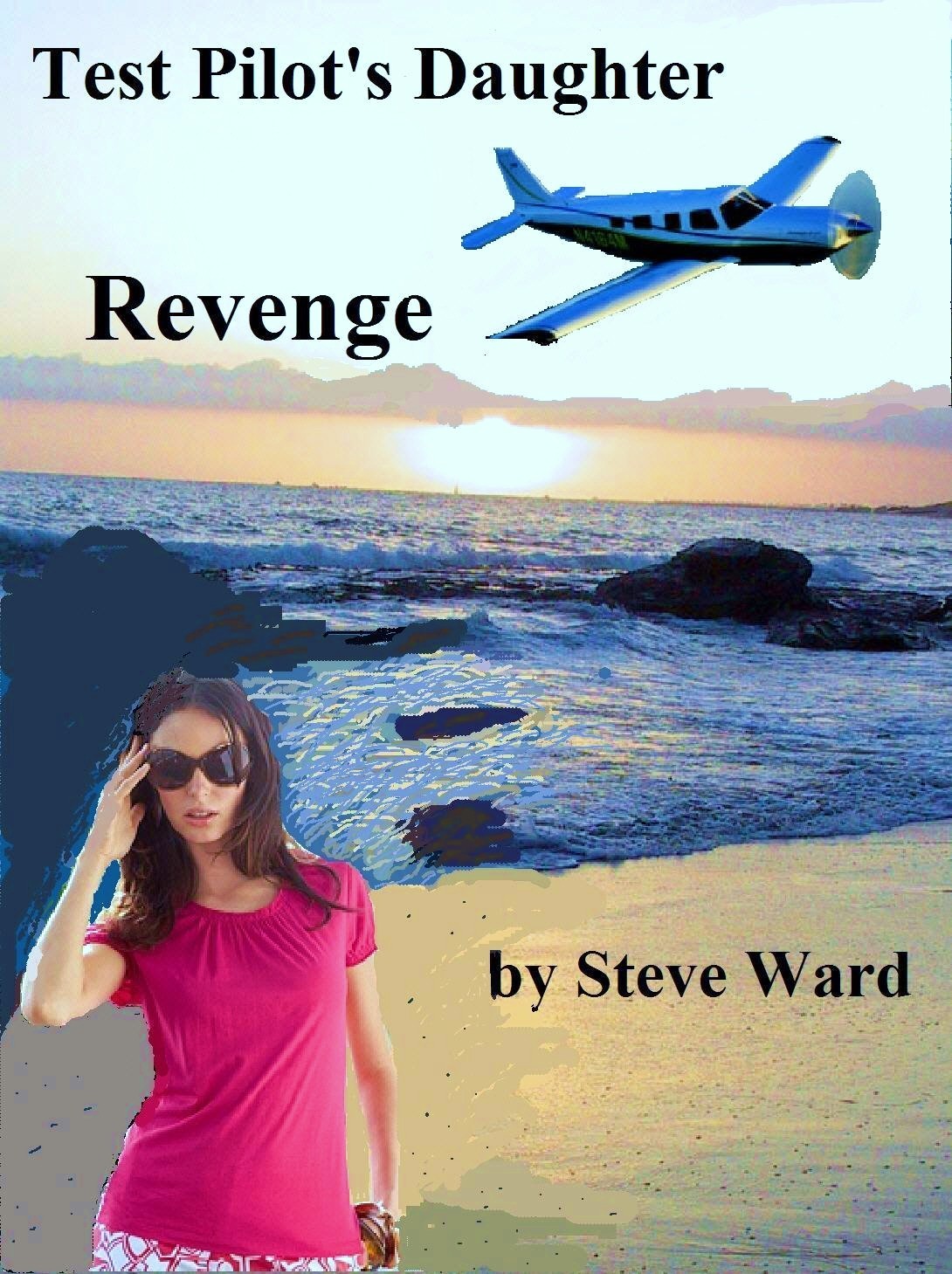 Hello All!  I know that I promised you this review on Saturday and I failed to deliver, but I got super busy (and by busy I mean I fell asleep on the couch)  So, without further ado, here we go.

Before I get started on the quality of the book it’s almost expected that I’m going to say something about the cover art.  I know I have said this before, and I’m sure by now you want to gag me with a dirty sock, but seriously…for just one second I want you to focus on the cover of “Test Pilot’s Daughter: Revenge” and hypothesise on the writing quality.  Not so great right? With a less than appealing (and I might add horribly cheesy cover) the first assumption a reader is going to make is on the quality of the book itself.  Luckily this book was sent to me by the author, so the cover art was not a factor in the actual purchase of the book, BUT… it is never to late to express the importance of a well put together binding.

Now, on to the more important details…the book as a whole.

“Steve Ward” is a visual genius when it comes to the focus of flight, but it does not save him from an excruciatingly slow start.  I was almost lost on this book when, 40% of the way in, the promised “intriguing” plot had yet to emerge.  Character development and set up are very important to a novel, but sometimes enough is enough.  When an author decides to write a suspense novel it is important to quickly capture the audience, and then weave the building details amongst the main storyline. Now, that is not to say that the suspense was lacking in anyway once it actually got started.

Christine is hard as nails, and more determined than a thirsty man looking for water.  Her focus is to get to NASA, but when a girlfriend agrees to marry, a less than sparkly clean psych professor, her focus makes a direct left.  Less career path, more staying alive.  What was supposed to be a happy little treasure hunt in the islands suddenly turns into the fight of a lifetime, including drug runners and an approaching hurricane.  Can Christine make it out alive? Can her friends? And what exactly happened to their pilot?

I was afraid at first that “Ward’s” attention to (each and every detail) in the craft of flying would drag the flow down, but quickly realized that even though the book boasted pages of in-flight detail, the way in which it was written gave me the most crystal clear picture of “How To Fly A Plane” I had ever gotten from a book. (I’m pretty sure I could even pull it off at this point.) I also (regrettably so) disliked all of the characters in the first several chapters, but quickly came to admire them for the vast differences, and in the end the suspense and twists won me over.

I do think that “Ward” has some improvements to make in the future if he intends to make a solid name for himself in the literary world, but those “changes” are by no means unattainable. 1.  Pay attention to your presentation.  2. Get to the good stuff a little quicker.  I will go on record though as saying I genuinely enjoyed this novel, and if you are looking for a quick suspense fix “Test Pilot’s Daughter: Revenge” is more than worth the .99 cents.

There were plane crashes, evil stepfathers, shallow graves, dog fights, fake diamonds, buried treasure, a 15 year old boy that would make any Boy Scout leader proud, and the most creative revenge plot I have read in quite some time.

Happy reading my fellow Pilots and remember: always leave your hotel number with a loved one.