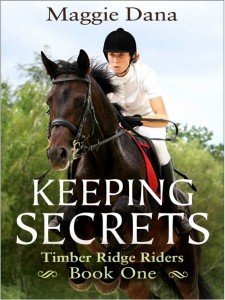 When I first had my son I had a barrage of people imparting their motherly wisdom on me.  As do most new mothers.

“He must learn how to self sooth, let him cry.”

“If you don’t put shoes on him right away, he will have weak ankles.”

“You must throw everything you have at him for the first five years…that’s when they learn the most!”

If I’m being totally honest, the first two I completely ignored, but the bit about “learning” I paid attention to. I didn’t want my kid to grow up behind the pack, struggling in school all because I failed to spend my free time drilling him with vocabulary flashcards. (I was relentless…for about a week.)

Now that I’m older (and have a 4-year-old daughter that joined the ranks) my take on “formidable years” has changed.

Yes, I think it’s wise to teach your kids as much as you can while they are young, education is important and when they are little they are like sponges. But I’ve realized that the ages between 9-12 are much more vital. Why? Because these are the “impressionable years.” The years that can make or break your child’s “character.”

This is the age that your child starts to venture off on their own; make friends that you have never met, learn the words “peer pressure.” These are the years when your child needs a good foundation.

I have ALWAYS been an activist for lessons in literature.  If you have been following my reviews for a while now you probably know this. (Because I point them out.) So when I find (or an author sends me – which is the case this time) a middle grade series that not only has an interesting story, but teaches a valuable lesson, I can’t help but spread the good news.

“A valuable show jumper is dead, and it’s all her fault . . . which is why 14-year-old Kate McGregor has put horses and riding out of her life. Forever!

But her new summer job as a companion to Holly Chapman, a former riding star who’s now confined to a wheelchair, takes Kate back to the barn–the last place she wants to be. Can Kate keep her terrible secret from Holly, who is fast becoming her best friend? More important, can she keep her secret from Angela Dean who lives for only two things–winning ribbons and causing trouble?

Then a riding accident forces Kate’s secret into the open … and it’s just the moment Angela has been waiting for.”

Middle Grade Literature is not a dead genre, but it is one that has a few holes.  9-12 year olds LOVE adventure so the majority of MG lit is based on fantasy or sci-fi. Which is great! Feed the imagination, I can get behind that.  BUT…what about real life? AKA contemporary? These are the novels that introduce young audiences to “real” situations.  Throw around the “whys” “ifs” and “whats.” Teach important lessons like: truth, consequence, accountability.  All things that need to be ingrained at a young age.

Am I saying a fantasy book can’t do that? No, of course not…but, it’s much easier for a young child to relate to a situation that CAN happen.

Maggie Dana, author of “Keeping Secrets” did an EXCELLENT job of combining the thrill of a good story while at the same time explaining repercussions of ones actions.

This book was NOT about how to get the guy, or which paranormal power can trump your nemesis’. (Which are huge plots points in YA lit)  It was about a girl who had to learn to believe in herself.  Believe in others.  Recognize guilt and fully understand the effects of lying.  It was about never giving up and trusting instincts.  Everything that an impressionable child should learn.

The writing was fluid and well paced. Perfect for younger audiences (aka easy to read.) Average length. (only 178 pages – long enough to tell a good story, but short enough to keep a child interested.) And the characters were developed beautifully. (Even the horses, which each had their own personality.)

My overall thought…a fantastic start to a contemporary M/G series.

If you have a horse lover in the house, or a daughter just moments away from her teen years, the “Timber Ridge” girls are a just what the doctor ordered.

Happy Reading my fellow Kindle-ites and remember: “Children are the living messages we send to a time we will not see.”  ~Neil Postman,