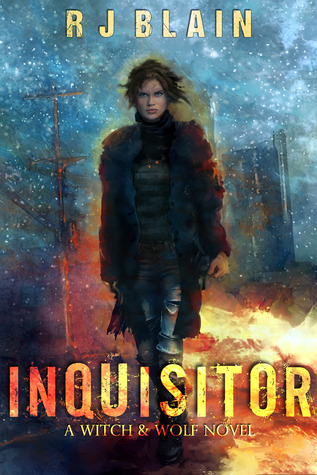 In the last two weeks I have written 7 reviews. And with each, I feel as if I have become harsher and harsher with my critiques. Poor writing, fractured plots, unrelatable characters, whatever the flaw, I can’t help but blast it with my negativity stick until it no longer resembles a novel but more a pile of alphabetical ash. This makes reviewing hard. It makes reading even harder.

Let me ask you a question…

Have you ever had the displeasure of being in a book slump? Well…if you haven’t let me be the first to tell you, it sucks. Reading is what I LOVE. It’s (ultimately) a passion I cannot explain with words. They are, simply put, inadequate. But the thing about book slumps, you’ll never get past them without a book in your hand. You must read to be freed. And sometimes that means stepping back into comfortable shoes.

For those of you that follow my reviews you might have noticed a significant decline in my attention to paranormal/fantasy fiction. It’s not something I admit easily, but I was bored stiff with it. (Aka: I felt like I was reading on rewind.) Recently I’ve started to feel the same about other genres, which got me thinking…

Maybe it’s time to revisit my past. So I agreed to read RJ Blain’s Urban Fantasy (witch and wolf novel) “Inquisitor.” The synopsis included everything I used to hold dear. Deceit, intrigue, love and the unknown. And if judging by the rather obnoxious screaming in my head, these were qualities I needed back in my literary life.

Which brings me to the book itself. Did “Inquisitor” propel me out of my hole of doom? The answer…

When Allison is asked to play Cinderella-turned-Fiancée at a Halloween ball, the last thing she expected was to be accused of murder on the same night. She has to find the killer or she’ll be put to death for the crimes she didn’t commit. To make matters worse, the victims are all werewolves.

On the short list of potential victims, Allison has to act fast, or the killer will have one more body to add to his little black book of corpses.

There’s only one problem: One of the deaths has struck too close to home, and Allison’s desire for self-preservation may transform into a quest for vengeance…

Unlike anything I’ve read lately “Inquisitor” was the perfect mix of mystery and snark. Victoria (or Allison depending on which part of the story you are at) is a 100+ year old witch/wolf hybrid. Living (unfortunately as it may be) in a world where her kind is being quickly (and quite grotesquely) eradicated by a secret society of uber evil wolves and witches. (Doesn’t seem entirely fair does it?) The ENTIRE PLOT revolves around these two facts. 1) Vicki is on the run. 2) People are trying to ax her. But the intoxicating part of the novel comes not from the facts, but the details in how she manages to survive. (From faking her own death to disappearing into her wolf form.) But it’s not as easy as it sounds. (If indeed that sounded easy.)

Because no one is who they appear to be.

From the two young children she adopts to the person she depends on for her financial affairs, they all wear masks. Admittedly, I was convinced more than once I had the story all worked out, only to find my mind blown in the last chapter. Which (thankfully) can only attest to Blain’s  stellar ability to character build.

Though most of the novel’s characters took on multiple personalities (at one time or another) each was well crafted and…wait for it…believable in their emotions. (Something I have been severely lacking lately.)

I did find a few flaws though.  For example, I wish there had been a broader explanation of Vickie’s original involvement with the Inquisition. I wish the relationship between her and Mark had been more than a few rough paragraphs. I wish James had been more actively involved. (If for no other reason than he was a cool character to follow.) But at the end of the day none of these were deal breakers. As a matter of fact, I’m certain most of these things will be expanded upon in book 2. (I just can’t go one review with out nagging, it seems.)

In the end, I really liked this book. So much so that I started, and finished it’s 478 pages in one day.

It’s feels original, flows well, and offers up a enough non-stop action to keep any mystery lover alive and kicking. I will definitely be picking up book two. My advice to you? Pick up book 1.

Happy Reading my fellow Kindle-ites and remember: Looks can be deceiving.