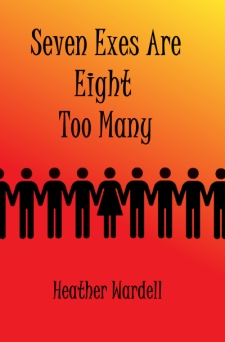 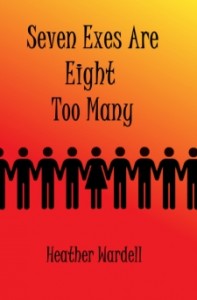 I am not a fan of reality TV. I’d rather keep out the Kardashian’s than keep up with them, and just the thought of shows like Jersey Shore make me question society’s mental stability. There’s no denying that they have taken over main stream media, (hell… I can’t even go 10 minutes without seeing a tweet about Snookie) but what happens when it trickles over into literature?

Madeleine-Cora is a private person… or at least she was until one night she tried extreme drinking and as a result signed up for a television dating game. No problem right? Put on a cute dress, fill out some questionnaires, and pick out your hottie.  It’s just to bad it didn’t turn out that way. Instead, MC is thrown onto an island (sans soap) and told to “work it out” What does that mean exactly? Well it roughly translates into “Sorry we lied to you, but here are 8 of your ex boyfriends, 7 of which you will be camping with, and make sure you don’t wipe with poison ivy.” Will MC survive the onslot of bitter men she is now forced to co-exsist with? And more importantly… what will happen when she realizes there’s more at stake than a just a million dollars?

I first fell in love with Heather Wardell’s unique way of story telling in “Go Small or Go Home” and I’m happy to say my opinion stands.  There is nothing better than finding love in unexpected places and Wardell’s knack for “creating the experience” is one of a kind, but even with all her “pole standing” and “peroxide” moments, her characterization is where she really shines.

MC is a complicated creature (ok… maybe complicated isn’t the right word… lets go with neurotic) and her emotional roller-coasters could have very easily turned into pages of unnecessary whining, but instead, we were offered emotional depth with limited dialogue (think “a look is worth a thousand words.”)  As a reader I was so entranced by gestures and their meanings that even the slightest of nods had me questioning characters motives, and in turn kept me glued to the book. But that’s not all, with a book so full of lively (or arrogant) personalities it was almost inevitable that a few of them would fall through the cracks… not the case. Each player held their own, and in some cases had moments of genuine shinyness (<– pretty sure that’s not a word.) of their very own.

So…where do I stand on the “reality is my life” poll now? That’s easy…reality TV still sucks, but reality fiction… that’s a whole new ballgame.

Get it, Live it, Love it…Pass it on, because this one is a keeper folks. Great plot, flawless writing, and an unexpected heart flutter here and there.

Happy reading my fellow Kindle-ites and remember: The buddy system was created for a reason people… USE IT!