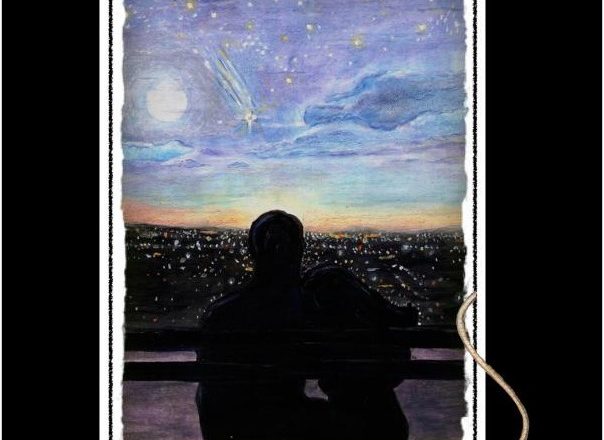 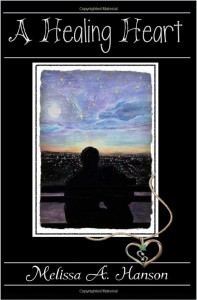 There are good things and bad things about reading as many books as I do.

The good: You develop a stellar library of words. However, unless you need to insult someone without them realizing it, it’s next to useless.

That is exactly what happened with Melissa Hanson’s novel “A Healing Heart.” I forgot that I read it. (Sorry Melissa)

I know what you are thinking.  “How in the Sam-hell (stupid phrase by the way) can I write a review about a book I can’t even remember reading?” And for anyone other than me, the “obsessive compulsive note taker,” I can see your point. I commend you on your aptitude. *pats reader on the back*

That said, I do actually remember the book. (See, I’m not as dense as you thought I was.)  It all happened late one night (I’m going to say around 3 am for dramatic purposes) after I starting reading the prologue (again) that I had this epiphany. Either this author was incredibly unimaginative or I was staring down the barrel of a “been there done that” moment. Lucky for Hanson, it was the later. And five pages in I realized I had already read “A Healing Heart.”

Now, before you jump on my back and insist that a book I so quickly forgot must have been a total flop, it wasn’t. It was however a very sweet love story with a boy I wanted to knock in the head for a complete lack of common sense.

“On a bitter cold winter night Bailey Walsh’s family was killed in a traffic accident. Two years later as she lives with her aunt and uncle in Southern California, Bailey is still plagued by the nightmares of that terrible night. Everywhere around her are reminders of what she lost. Even her aunt, in a cruel twist of fate, is not just her mom’s sister, but her identical twin.

Babysitting Riley, a spunky two-year old, is a sweet distraction and one constant light in her life. One day as she takes Riley to the park she meets Collin McKenna, a senior at her high school and her life is changed forever as he helps her find herself and realize her life is worth living.

As the romance between them grows her broken heart begins to heal. However, still nagging in the back of her conscious is the fear that her new found happiness could come crashing down and she could lose everything she loves, yet again.

Outside forces begin to tear them apart and Bailey must learn to trust in herself and realize that she is worthy of happiness. That sometimes love and healing comes in unexpected forms.”

Ok, so let’s talk about Bailey.  She’s screwed up. What? You need more than that? Ok…she’s REALLY screwed up, and though she realizes it, it’s not until she meets Collin that she actually tries to fix it.  Collin? Also a hot mess. So what makes these characters so intriguing? The way they deal with their grief?

“Whatever do you mean Misty?”

So kind of you to ask.

Though Hanson was a little lacking on the initial emotional build when it came to the push/pull between Bailey and Collin (one sentence from Collin at the park and suddenly it’s intertwined livelihoods) she did a fantastic job of expressing grief. Especially when it came to coping with it.

Both of these lead characters are teenagers, but unlike your everyday angsty teenagers (not that they don’t have those moments) both are weighted down with heavy responsibility. Responsibility that is a direct result of loss. Because of this neither want to show weakness (regardless of how fast they shared their collective woes with each other.) The complexity and beauty of this novel comes when their dialogue works against their demons and grief to break down barriers even they didn’t know they had built.

As for the common sense I spoke of above? That was just a personal dig at a very poor decision on Collins part. (You know, boy + secret = totally stupid move dude!)

The story itself is a sweet one.   Fairly predictable in a “love story” way, but still enjoyable. My biggest suggestion to Hanson would be to work on her “anticipation.” Though she pulled out a convincing love story in the end, the beginning felt a little forced.

So what is my final verdict on this book I almost read twice? “Sweet” YA romance lovers apply, everyone else…it’s a toss up.

Happy Reading my fellow Kindle-ites and remember: I like peach pie. (sorry…I’m all out of wisdom today. And I’m hungry.)