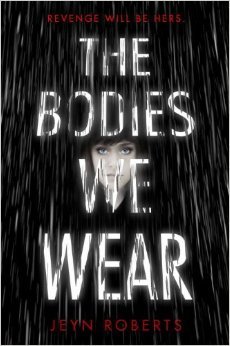 There is a quote by Douglas Horton that says:

“While seeking revenge, dig two graves – one for yourself.”

I stand behind Horton on this one. Revenge? Though they say it’s “best served cold” isn’t going to make you feel better. But revenge in books? I say bring it on.

Ok, yes…I know that there are roughly a gazillion moralistically (is that even a word?) condemning reason why what I just said is wrong. (The most obvious probably being that you shouldn’t kill people. Society tends to frown on that.) But when it comes to fictional plots and a character’s burning desire to take matters into their own hands? There’s usually nothing more entertaining. (I mean, come on…80% of comic books alone are derived from a sense of vigilante justice. Batman? Spiderman?)

Simply stated: Anger makes for a fantastic catalyst, and if presented correctly can lead to a piece of work you will find hard to put down. (Despite the fact that Horton’s quote generally stops characters in their tracks.)

The question remains however…what if it doesn’t? Or better still…what if someone is trying to save you from yourself and gets there first?

Welcome to the dilemma living inside of Jeyn Roberts’ “The Bodies We Wear.”

People say when you take Heam, your body momentarily dies and you catch a glimpse of heaven. Faye was only eleven when dealers forced Heam on her and her best friend, Christian. But Faye didn’t glimpse heaven—she saw hell. And Christian died.
Now Faye spends her days hiding her secret from the kids at school, and her nights training to take revenge on the men who destroyed her life and murdered her best friend. But life never goes the way we think it will. When a mysterious young man named Chael appears, Faye’s plan suddenly gets a lot more complicated. Chael seems to know everything about her, including her past. But too many secrets start tearing her world apart: trouble at school, with the police, and with the people she thought might be her friends. Even Gazer, her guardian, fears she’s become too obsessed with vengeance. Love and death. Will Faye overcome her desires, or will her quest for revenge consume her?

There is no easy way to sum up my feelings for this book. When I was talking to my friends I used the phrase “weirdly cool.” But I have a feeling the sentiment won’t translate well for those of you that don’t know me on a personal level. So in an effort to help you (as well as myself) understand what it is exactly I just read…I’m going to talk it out.

(Prepare yourselves, I sense a rambling coming on.)

To make a long story short, Faye (the lead of this little ditty) was drugged as a child due to her fathers inability to keep his crap together. The drug used was a nasty one (which usually kills you – as is the case with her best-friend – and if not, insures you will be ostracized from EVERYTHING – which is the case for Faye.) She’s not happy about it and swears to take out all of the thugs that participated in her loss of innocence. The story itself picks up AFTER these events and is then filled in with flashbacks.

Which is pretty much quid pro quo for this type of story. Lather, rinse, repeat.

But I’m jumping ahead, let me take a step back and tell you about the first chapter. (The chapter that almost had me quitting this book. Eek!)

I started “The Bodies We Wear” three different times. Each time I (quite literally) fell asleep while reading it. For those of you that think it’s due to my normal late night reading schedule, that’s not the case. For three days in a row I tried to start this book while waiting in my child’s school carpool lane. At 2 in the afternoon. When I was (previously) WIDE AWAKE. The chapters in this book are not long ones, (chapter 1 is only 14 pages) but for the life of me…I couldn’t keep my eyes open.

Here is the reason why.

The first chapter of TBWW is very odic.

“I like when it’s dark. there’s not much light here. The city is constantly surrounded by clouds and shadows, even in the afternoon. But at night, there are no dusty streams of sunlight to try to warm my face. This is the way I prefer it. The light shows my flaws. My skin becomes translucent; the dark circles under my eyes grow darker. Not all of my scars are visible. These are easier to hide.”

Normally, I’m not put off by exaggerated poetic justice (Hell, it’s one of the reasons I love Mafi’s writing) but in this case I was nothing but annoyed by it. What I expected, wanted, needed was a screaming shot right out of the gate. I wanted to understand where Faye was coming from. Feel her boiling hate rolling off the page. Instead, I felt like I was getting a lesson on the soothing qualities of rain. I was not impressed.

It wasn’t until the introduction of Chael that the story got interesting. Chael brought mystery, but more importantly his introduction brought valid, intriguing dialogue. And though it was cut off, and abrupt for more than half of the book, it built the suspense the first chapter needed to launch Roberts words into a book that didn’t make me snooze.

That didn’t mean, however, that it wasn’t repetitious. More than (I would guess) 40% of the book was dedicated to Faye’s daily ritual. Get up, train with her guardian, go to school (where she was prohibited from talking to the other students) stalk her prey.  You do the hokey pokey and you turn yourself around, only to start again. Hey! It made the story drag unnecessarily in places that should have been full throttle.

The moments where the story deviated from the norm is where it finally shined. (And what ultimately kept me reading.) Faye, bless her heart, is NOT a very interesting character. As a matter of fact, I would go so far as to call her one dimensional. BUT, the characters that surround her are quite the opposite. Gazer for example is a well rounded parental figure, dolling out very sound advice. Paige is wrought with growth. Chael is…well, crap I can’t give that one away without spoiling the story, but let’s just say he is FULL of surprises, and not at all who he appears to be when you first meet him. Collectively they boost Faye’s entertainment value.

So, what about the plot? (Cause I think this is nearing the “longest review in history” mark and I’m tired of writing it, I’m almost certain you are tired of reading it.)

It was predictable (*sigh*) but not in a way that turned me off from the story. EVERYTHING (her revenge) and yet NOTHING (her relationships) happened like I expected it to. The vengeance plot line was pretty much a straight line from beginning to end. There was an objective, and Faye did not waver. On the other hand, any and all plot lines having to do with her personal relationships (friends, family, douchy evil boyfriends of said friends) were intricately twisted. The two together made for a “weirdly cool” read. (Weird = the reboot drug and special people appearing in special places. Cool = special people appearing in special places. How’s that for confusing?)

Thankfully, it is a one and done book. Everything is tied up very nicely (if abstractly as is the case with Chael) by page 353 and though the ending is a tad bittersweet, it’s fitting.

Is this a book I’ll read again or insist that every one of my friends pick up immediately? Not so much, but it is a relatively quick read after the first chapter and if you are looking for something mildly unique to pass the time, this would be an ok book to turn to.

My final vote. Right smack in the middle. Not bad, not brilliant, unique concept but a tad predictable. Take it or leave it. Or better yet, read a sample chapter and get a feel for it before you throw your hard earned money at it.)

Happy Reading my fellow Kindle-ites and remember: There’s always SOMEONE watching, it just might not be who you expect.