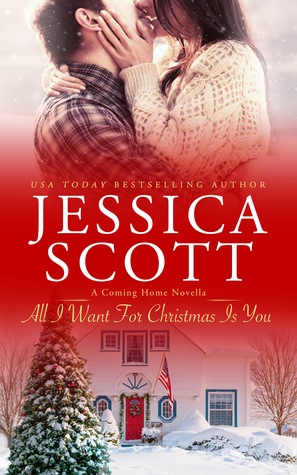 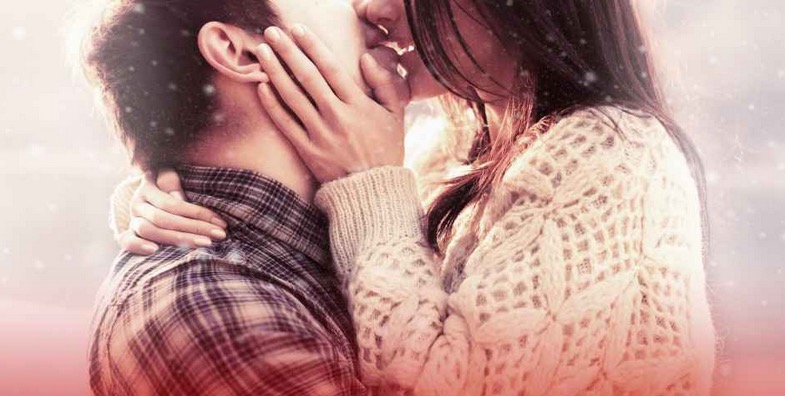 I have never been to war, so stating that I understand the side-effects of it would do nothing more than paint a dishonest picture. But as a person who is surrounded by the survivors of it, I can tell you that they vary from person to person.

Some greet the day with appreciation. A lesson they learned while relenting to the uncertainty of new mornings. Some have trouble looking people in the eyes. Others throw themselves into work, stability and routine being their comfort of choice, while others stray as far away from rigidity as they can manage. And a few, as is the case in Jessica Scott’s novella “All I Want For Christmas Is You,” convinces themselves that they are a burden, and hide behind carefully built walls of denial.

Much like grief, there is no correct answer, only variables. But one thing is almost always certain…you can’t get through it alone.

All Major Patrick MacLean wanted was Christmas with the woman and child who were his family in everything but name. But Captain Samantha Egan has come back from the war a different woman than the one who left – and she doesn’t know if she can love him anymore.
But neither of them counted on the determination of a little girl they both call daughter and if Natalie has her wish, her parents may have no idea what’s coming for them. It’s going to take Christmas miracle to bring these two wounded warriors back from the edge of a broken heart.

“All I Want For Christmas Is You” is a 95 page novella that branches off of a larger series by Scott titled the “Coming Home” series. It’s important to note that I have not read any of the 6 novels that make up this series. I say this to illustrate one point, that it can be read easily as a stand alone novella without feeling lost due to second-handed character development.

Let me back up a bit though, and start with the story itself. “All I Want…” is not your everyday light hearted Christmas escape. Instead, it is a 95 page look at what can happen to a person’s psyche after a particularly difficult time in battle. Samantha (who is one part of this dual narrated love story) is much happier (or so she tells herself) living in a world of boxes. Pain goes in one box. Memories another, love…the one in the far corner. Her ultimate theory: it’s easier to block out life than actually live it. Patrick (the second narrator) doesn’t agree. He believes in fighting your way to the light at the end of the tunnel. Together they make up a rather tumultuous pair.

The bulk of the story (what little of it there is) is comprised of Patrick’s inability to step aside and let Sam waste away. He loves her, and he will wear her down. (Even if it IS with unwavering patience.) Sam’s is to escape anything that might cause her to feel. (Aka: Patrick.) She believes he is better without her so she bolts. With their little girl Natalie. What takes place after that is a truly eye opening experience.

Scott (who is apparently much braver than myself when it comes to such a touchy topic) takes her readers on a ride not soon forgotten. From scenes of quiet desperation, to glimpses of dust covered hope, Scott delves into the side-effects inflicted on those that make it home from war, and those that don’t. She cracks the window of mental illness/PTSD and challenges her characters to look through it. Embrace it. Live in it. And because of this, her characters aren’t lessoned by the lack of backstory; instead they are built on the backbone of true emotion. Though relatively basic in it’s overall make-up, the plot never came across as dull or…simple. More than anything, it came across as real.

Now, having said all of that…it was only 95 pages, and 95 pages leave little room for expansion (which is my reasoning for the lower star rating.) I wanted more conversations between family members. (Especially Natalie.) I wanted to know just a little more about Patrick and Sam’s past. I wanted more details where Sam’s best-friend was concerned (seeing as how she was an interracial part of the story) and I wanted just a tad more push and pull. Instead I got a little more (internal) dialogue repetition than I would have liked and a race to the finish.

It was an enjoyable story for what it was, and if you are in the mood for something short and (eventually) sweet…this book is exactly what you are looking for. In the end it scratched a romance itch that has been bugging me for a while, and made me smile.

I guess the decision to read or not read this novella comes down to one thing: Do you like your romance with a realistic kick or are you more of a sugar and spice and everything nice holiday reader? Because this book falls into the latter category.

Think about who you are and proceed from there.

Happy reading my fellow Kindle-ites and remember: Actions do in fact speak louder than words.