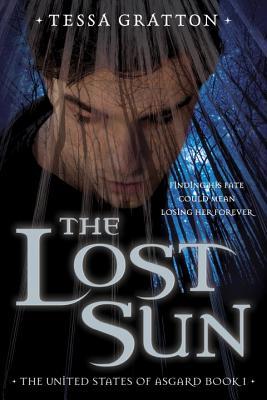 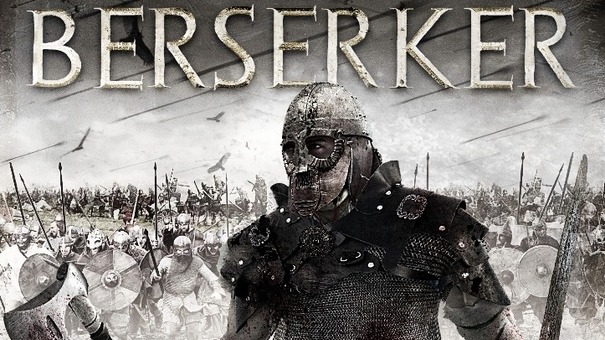 Once upon a time there was a little girl (of 33) who loved to hear stories about the Norse gods. (i.e. Thor.) She thought the world they lived in was a fascinating one; full of honor, and destiny and love. She marveled at the gods bravery, audacity, devotion, and wondered what it would be like to live in a world where death was not always the end of ones life, but a fate filled beginning to a new one. Then one day this little girl (who liked to escape the throws of reality with fiction) was given a book called “The Lost Sun.” A book in which the Norse gods she found so fascinating no longer dwelled high above a world like her own, but ruled it. Where Odin ate dinner with the President. Where Berserkers raged against their inevitability, and one missing Sun god can turn the entire world into a river of tears. The little girl devoured the book…in one big bite, but much like Fenris Wolf (who longed to devour the sun to satiate her hunger) the little girl didn’t feel full. Something was missing.

“Seventeen-year-old Soren Bearskin is trying to escape the past. His father, a famed warrior, lost himself to the battle-frenzy and killed thirteen innocent people. Soren cannot deny that berserking is in his blood–the fevers, insomnia, and occasional feelings of uncontrollable rage haunt him. So he tries to remain calm and detached from everyone at Sanctus Sigurd’s Academy. But that’s hard to do when a popular, beautiful girl like Astrid Glyn tells Soren she dreams of him. That’s not all Astrid dreams of–the daughter of a renowned prophetess, Astrid is coming into her own inherited abilities.

When Baldur, son of Odin and one of the most popular gods in the country, goes missing, Astrid sees where he is and convinces Soren to join her on a road trip that will take them to find not only a lost god, but also who they are beyond the legacy of their parents and everything they’ve been told they have to be.”

Nonsensical openings aside, I have much to say about this book. The first and most important being that Tessa Gratton’s “The Lost Sun” is both enjoyable, and frustrating to read.

If you’ve had the chance to read some of Gratton’s work in the past (Blood Magic or The Blood Keeper) you are already familiar with her exceptional world building skills. Akin to fantasy novels (which in all honesty this book could sit easily in) Gratton tends to weave stories INSIDE of stories to help paint pictures. In the case of “The Lost Sun” the old stories are ancient Norse legends. The United States of Asgard is (for all intents and purposes) much like The United States of America. There is an active government (though they are only abstract in the book) states/holidays/landmarks with similar names (Colorada, Nordakota, Ohiyo, Hallowblot.) Even the mundane like SUVs and roadside roach motels. In short…nothing to really set it apart. Asgard doesn’t truly become Asgard until Gratton adds bits of the past. Why? Because Asgard is built on the characteristics of it’s inhabitants; the way they live, speak, rely on the lead of their gods. All of the things that have been established through family history, and lore.

Let me give you an example. The majority of TLS takes place on the road. The lead characters (Soren, Astrid, Baldur, Viker) are on a journey (it’s the entire premise of the book in fact) a journey that (unfortunately) leaves a lot of dead air. The characters fill this air with legends. Stories to (more often than not) illustrate their point, BUT it does more than that. These stories add depth. They explain why the people of a community act the way they do, why certain states worship certain gods. They fill in the white space and build up the world around the lead characters while they do nothing more than drive.

“Let me try to help.” Astrid squeezes Baldur’s shoulder, and in the low, swaying voice of a poet she says, “Over two  thousand years ago, the elder poets say, Odin the Wanderer fell in love with Tova, a women of Freyr’s tribe.” Baldur’s fingers stop moving. He sets his soda back into the cup holder. Astrid continues: “This woman Tova gave birth to a son named Pol Darrathr, the Arrow of Odin. No more beautiful man had walked the earth, nor any more accurate with a spear, or more joyous or friendly or strong. Pol gathered to him men of all kids, forming a great band of warriors in Odin’s name. He was bold and wise, loyal and true, and when he sore himself to the king on earth, none doubted his word. Across the land, princes and kings bowed to Pol and his king, and all who fought challenge against him fell. Until one day Pol’s half brother by Tova came to join the commit, bringing his promised-wife Nanna. In moments, Nanna and Pol loved each other vastly as the gulf between stars.” Baldur draws his hand inside the car and folds it carefully with the other in his lap. He stares straight ahead, his face expressionless. “Pol and Hoder, his half brother, fought the holmgang over Nanna, and Pol cut Hoder to the ground but refused to kill him because of their shared blood. For this honor and loyalty, Pol was brought to his father Odin’s side and called Baldur, and ancient word naming him a prince…”

I’ll stop there so I don’t ruin the story, but it’s important to note that the book is FULL of stories just like this one.

Now, this is where it gets tricky…

All of these stories (though they are great for world/character building) also pull away from the active plot. I am a huge fan of flashbacks, especially when they are beautifully woven lore, but they aren’t for everyone. For instance, my reading buddy Tina would hate them. I’d even go so far as to say she’d skim past them (which makes me cringe.) While they are interesting and help create the world around Soren and his gang, they don’t necessarily make or break their journey. Soren (who happens to be the narrator of TLS) has a sordid past of his own, one that ultimately dictates his actions. The same can be said for Astrid and Viker. I love and appreciate this style of world building, others might not feel the same.

As for the plot itself, it was interesting but not thrilling (that was apparently saved for book 2 which I finished yesterday.) Soren is a Berserker. That means he is a big ol fat pile of steaming rage waiting to escape. However, Soren HATES the fact that he is a Berserker, so instead of his story being action packed and explosive (like you would expect from a Berserker) it’s chapters of self-loathing and uber self-control. (Deep breaths Soren…deep breaths.) Astrid (Soren’s soul-mate) is much the same. Calm and collected. She goes where the wind blows, quite literarily. I loved them as a couple. I think Astrid was good for Soren and vice versa, but their determination to be so…normal…made for a pretty blasé love story. With the exception of maybe one moment by a gate, their love story never had that “gasp” moment readers will talk about with passion. Baldur and Viker were easily the more interesting characters in the book. One because he was a god with amnesia, the other because she is a Lokiskin with some pretty serious anti-Loki issues. (Go figure.)

So what does all of this mean?

It means that “The Lost Sun” is a good book, but not a great book. That fantasy and folk lore fans will fall in love with the abundance of Norse history found between the pages, while others might find it cumbersome and tiring. It means that while the love story and journey of the characters was interesting, it wasn’t Earth shattering. It means that there is a chance you will both enjoy and be annoyed by this book. That Soren will make you want to punch a wall and Astrid will make you second guess your understanding of the word devotion. It’s dreadfully slow in some parts, but fast in others. AND…it’s ending is NOT what you will want it to be, but you’ll be happy to accept it anyways. In one word, this book is a contradiction. To itself and to how you will view it after reading the last page.

I say read it, if for no other reason than it’s sequel “The Strange Maid” is brilliant and having a little Soren hindsight is helpful when reading it.

Tessa Gratton has wanted to be a paleontologist or a wizard since she was seven. Alas, she turned out too impatient to hunt dinosaurs, but is still searching for a someone to teach her magic. After traveling the world with her military family, she acquired a BA (and the important parts of an MA) in Gender Studies, then settled down in Kansas with her partner, her cats, and her mutant dog. She now spends her days staring at the sky and telling lots of stories about magic.
Monthly free short stories with Maggie Stiefvater and Brenna Yovanoff at The Merry Sisters of Fate: www.merryfates.com