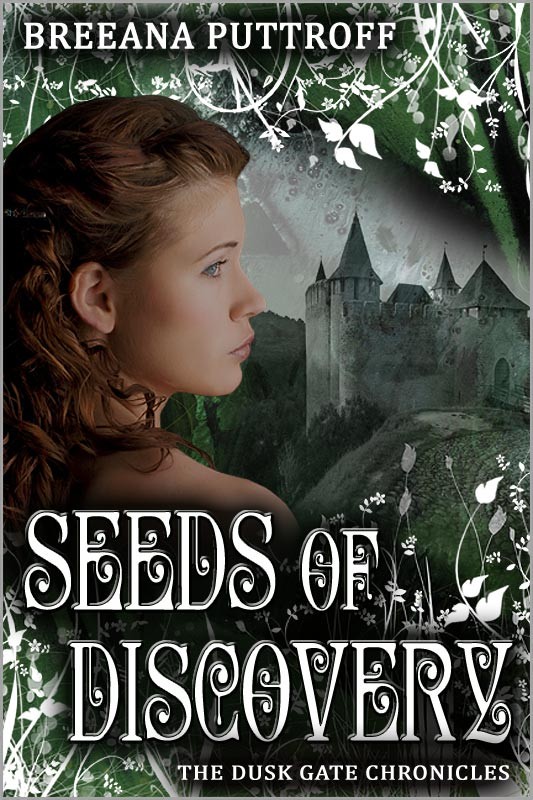 “You can’t hide from everything that scares you.” 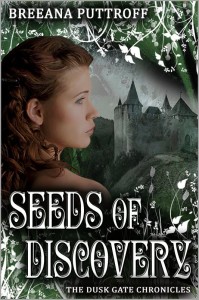 There comes a moment in everyones life (so I assume) when you realize you have officially lost your marbles. I actually thought that moment came last month when I openly admitted to a friend that I was in love with a mute bright blue alien (don’t ask) but apparently I was wrong. This weekend, like most weekends (or every freaking day if I’m being honest) I decided all I wanted to do was read. I had a list of things on my TBR that needed to be knocked out before next month, and (naturally) I was behind. The first and probably the most important (time wise) was this book, Seeds of Discovery, which I very reluctantly agreed to review as a part of a blog tour.

“This should be easy” I boasted from my couch. “It’s only 290 pages…I can read this in a few hours! And then move on to Hopeless!!” I squealed to my husband (who was not listening to me AT ALL! – Damn non-readers!) 8 hours later, my husband emerged from his man cave and noticed I had not moved an inch. “I thought you said that book would only take you a few hours!” he gasped. (Hmmm…so I guess he was listening.) “Ummm….” I mumbled hoping he’d just see this as a “do not disturb” sign and move along. Again, I was wrong (which seems to be the theme for this review.) “Misty! What’s up?” he says again. (And this is the part where I realize I’m obsessed/completely insane) “I did finish that book. I’m on the 3rd one.” *looks at floor* “What do you mean on the 3rd one?” (FYI, he totally used finger quotes while saying that.) “Umm…” (<— yep, umm, again. I’m a woman of many words.) “Here’s the thing honey.” I said…very sweetly. “Turns out Seeds of Discovery was really freaking good, so I bought the other 3 books in the series and I’m the 3rd right now.” *smiles, braces for angry face* “Wait, WHAT?” “I said…turns out…” “Yeah, yeah. I got that. I’m having a hard time grasping the fact that you just read 3 books in 8 hours. You need therapy.”

And so goes the story of how my obsession with reading (a really good series) has finally, irrevocably caused me to lose my marbles (and by marbles I mean sanity because I didn’t sleep at ALL) Would you like to hear the math? It’s pretty astounding. That’s 1,503 pages of castle hoping awesomeness in (a total of) 27 hours. Take THAT speed readers! Whose your mama now?

Anyways…here is a little about the book that took over my life.

Quinn Robbins has never noticed William Rose at Bristlecone High School – not until the night she almost runs him down in her car.  After that, she never stops noticing him. Because William is different than the other boys…

Why does a high school senior always have his nose buried in medical journals? And how does he keep disappearing down by the river every Friday night?

When William starts to show up in her dreams, she is unsure if her curiosity has turned into obsession – or if there is something more mysterious going on. Unable to rest, Quinn follows William to the river one Friday night…and discovers something startling – something she thought could only exist in a fairytale.

Ok, so here is the thing…that synopsis makes SoD sound like one big whopping smooch fest. But it’s not (that is reserved for book 3 where things get crazy complicated and I tear up a little.) Instead there is very little “love” and tons of fantastic “The Lion, The Witch and the Wardrobe-esq” type world building!

Quinn (bless her poor little heart) is just way too dang suspicious for her own good. Because of this she ends up in a land that is not her own. (Colorado? Pfft who needs it!) A land that is decidedly old school. Castles. Kings. No modern medicine. (You following me?) SoD introduces you (quite brilliantly) to that world.

The people. The scenery (which actually gets more detailed in book 2) The evil wanna be king that doesn’t understand that no means no.

It is essentially a “set-up” book for the rest of the rip-roaring stupendous series, but that doesn’t mean it didn’t pull its own weight. (Obviously, or I would have moved on.) Instead it was a fast paced, mysterious, totally engaging way to start a series.

More importantly .. I freaking loved every dang character (which is a rarity all in itself.) I could easily discern each of their attitudes allowing me to tap into their emotions. Making the read that much more enjoyable. *two thumbs up for awesome characterization skills*

It was literally the perfect length. It sucked you in without wearing you out. It had just the right amount of suspense. And left you hanging without leaving your crippled.

Add a dash of hostile enemy take-over and lots of stitches and what you get is the total package for fantasy lovers. One that I am very glad I was (self)forced to read.

And for those of you that are wondering…the series got better with every book!

Happy Reading my fellow Kindle-ites and remember: You can sleep when you’re dead. 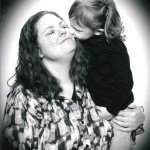 After eleven years as an elementary school teacher, I have decided to reinvent myself (whatever that means).

Now I run my own business, play with and educate my beautiful little girl, Little Goose, and write books for young adults that can be enjoyed by everyone.

The first three books in my original fantasy series, The Dusk Gate Chronicles, are now for sale in Kindle format at Amazon.com, for Nook at Barnesandnoble.com, in the iBooks store, and at most other digital retailers. The books are also in paperback at a number of online retailers. Also, visit her at http://www.breeanaputtroff.net/.

Thanks to the lovely people at Heroines with Heart (who put together this blog tour) you have a chance to win a Kindle Fire!! All you have to do is enter the Rafflecopter giveaway form below!  Good Luck~!