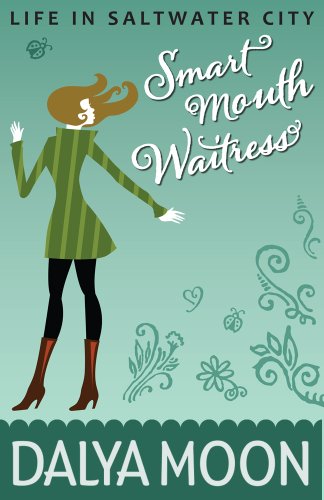 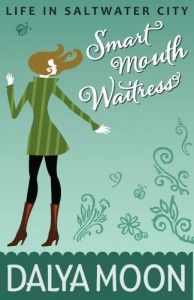 You know that feeling that comes over you right before a first date? Your palms start sweating, you change your clothes 5 or 20 times, you obsess about God’s obvious hatred towards you in the form of an unruly cowlick. Then the time comes, Prince I-Pretended-To-Be-Charming picks you up in his bright red douche-mobile, you stumble out the door like a drunk, and then ride off into the sunset – only to realize 30 minutes later that you worried for nothing? That the date you got so worked up about might actually win an award for the most awkward date known to man or monkey?

Well, have no fear…I’m here to assuage your fears. Banish that belly of embarrassment. Mollify your mortification with 3 simple words: Nude, Art, Class. Unless your journey into relationship land included this colorful array of vocabulary…I think you are in the clear.

Perry from “Smart Mouth Waitress” not so much.

Perry makes a strong first impression, from her white-girl dreadlocks to her uncensored opinions. When she combs out her dreads on a whim, she catches the eye of a cute guy who’s a regular at The Whistle, the diner where she works as a waitress. He mistakes Perry for someone completely different: the girl of his dreams. Perry tries to become that girl. But it’s so hard to be normal. And eyebrow piercings are so cute. With her mother down in LA recording her comeback album, Perry’s in charge of the family household, and things are going to change. She starts with paint colors and moves on to doling out retributive punishments for her fifteen-year-old brother. What Perry really wants, though, is her first boyfriend. She’s eighteen, and it’s about time! Boyfriend candidates include: the cute but quiet restaurant regular, the all-too-willing coworker, or the outgoing artist who’s eager to whip off his clothes and model. One of these guys loves Perry exactly how she is, but how can she tell which one?

In an effort to cleanse my pallet (since everything I’ve read lately has to do with coke addicts, or WWII refugees) I decided to turn to my old trusted friend snark. Personally, nothing makes me laugh harder than a girl with quick wit, and a propensity for inappropriately timed outbursts. Both of which are exceedingly flagrant between the pages of Dalya Moon’s latest Saltwater City novel “Smart Mouth Waitress.” (Which come to think of it is pretty self explanatory. In the title. Sorry for wasting your time.)

Anywho, SMW is the story of Perry (an 18 year old who has decided to take a college time-out) and her Rom-Com worthy search for love. The only problem…she has ZERO idea how to dress, talk to, or act around members of the opposite sex. Talk smack, and spew sexual innuendos with her co-workers/lesbian BFF and embarrassment proof younger brother? No problem. Take a compliment from a cute guy without morphing into a mute? No. Her inability to act like a normal human is what makes her instantly endearing, it’s also what makes the story seem incredibly formulaic.

Let’s be honest shall we? Rom-Coms have a go-to plot. If you disagree, you are lying to yourself. (Which is totally ok, I lie to myself daily…no, these pants do NOT make my ass look big!) It’s all about how the go-to plot line is played that makes it worthy. In this particular case…I say it missed the mark in only a few places.

“What are those places?”

I’m so glad you asked!

Let’s start with Perry herself. I was 18 once (yes, I know…hard to believe) and while I’m about 99% certain I wasn’t the most mature of people, I’m pretty sure I didn’t act like a 16 year old. Perry does…most of the time. It doesn’t incite some unnatural hatred towards her character, but it did make me raise and eyebrow every now and then when she went off on tangents about kissing or sock monsters. Her immaturity seemed to eclipse certain scenes, while being decidedly absent in others, which had me wondering….which one is the “real” Perry?

She was the only character however, that I HAD development issues with. From the rock star mom, to the not 1 but 2 very different love interest, I KNEW who they were. Their dialogue never wavered, their character traits never disappeared into themselves. They were solid, which helped (in the end) establish Perry’s story (even if she herself was a little wobbly.)

Also a little wobbly…the plot. But not the ENTIRE plot (aka: I didn’t feel like hurling my Kindle across the room.) Like every Rom-Com out there the protagonist will have a choice to make. In Smart Mouth Waitress the choice was (obviously) between the two men in the story. I’ll admit…the triangle was a cute and entertaining one, but I started to feel exasperated three quarters of the way through. The story didn’t stop (per-say) but it did start to loop back in on itself. The same questions were asked over and over, and Perry (despite her insistence on being done!) would repeat the same mistakes/conversations/choices again and again.

Negativity aside though, this book did exactly what I wanted it to do…reset my brain. With a story that didn’t take itself to seriously I was allowed to relax as well. Read the book for what it was, and not analyze every detail like it’s the answer to saving humanity. It was a funny story, with an entertaining cast, a metric ton of sarcastic banter, and a few cute boys (thrown in aesthetic purposes.)

It’s not going to win the Noble, but it might just help you recover from a book that will. Sometimes we just need to laugh. Dalya Moon delivered that.

Happy Reading my fellow Kindle-ites and remember: “Do not take life too seriously. You will never get out of it alive.” – Elbert Hubbard