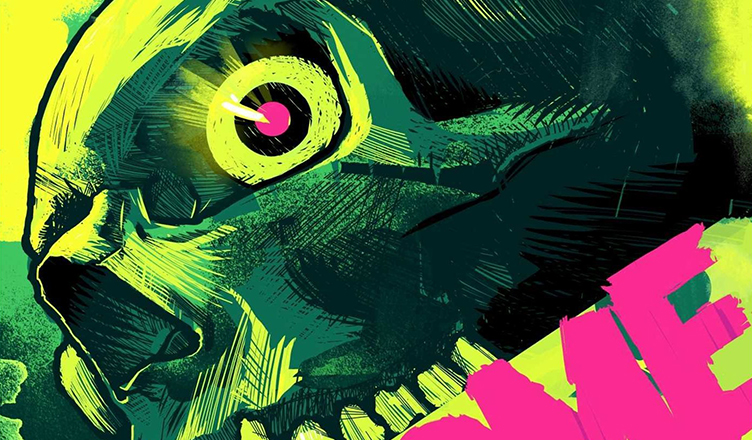 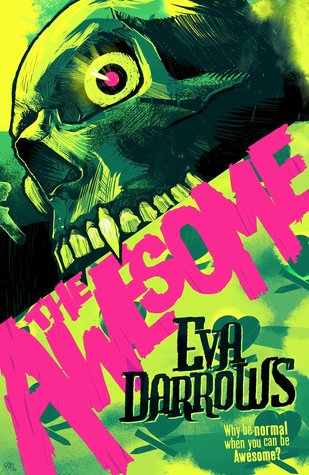 Seventeen-year-old Maggie Cunningham is tough, smart, and sassy. She’s also not like other girls her age, but then, who would be when the family business is monster hunting? Combat boots, ratty hooded sweatshirts, and hair worn short so nothing with claws can get a grip, Maggie’s concerns in life slant more toward survival than fashion or boys. Which presents a problem when Maggie’s mother informs Maggie that she can’t get her journeyman’s license for hunting until she loses her virginity.

Something about virgin blood turning vampires into pointy rage monsters. Blood and gore and insides being on the outside and all that.

Maggie’s battled ghosts and goblins and her fair share of house brownies, but finding herself a boy – fitting in with her peers – proves a much more daunting task than any monster hunt. Did you know normal girls don’t stuff their bras with holy water balloons? Nor do they carry wooden stakes in their waistbands. And they care about things like “matching” and “footwear.” Of course, they also can’t clean a gun blindfolded, shoot a crossbow, or exorcise ghosts from a house. Which means they’re lame and Maggie’s not. Because Maggie’s awesome. The Awesome, in fact. Just ask her. She’d be more than happy to tell you.

After she finds herself a date.

With reality being as serious as it is these days (or at the very least MY reality) I find it necessary to check out once in a while. Do not pass go, do not collect $200. Goodbye cruel world…it’s been a hell of a ride. This shouldn’t be a foreign concept to the bulk of you seeing as how reading is generally an escapist pastime, but books (as much as I hate to publicly admit this) can sometimes exacerbate the problem. Especially those that tackle tough issues. Because of this (the world being full of serious literature…not my propensity to be melodramatic) I think it’s imperative that we read (on occasion) books like Eva Darrows’ “The Awesome.”

“The Awesome” (as I’m sure you have inferred by now) is not a high-minded swanky novel. Instead it’s more of a slap-stick throw-away mocku-drama written entirely for entertainment purposes. (Don’t act like you have no idea what I am talking about. Have you read a Stephanie Plum novel lately? Giraffes…running through Jersey. Need I say more.) And while some people tend to snub their noses at books like these, I think they accomplish what so very little does these days. They make us laugh. Out loud. Sometimes slobber is involved.

The first thing to understand about “The Awesome” is that it is NOT politically correct. If you get easily offended by bluntness (in all regards: sex, flatulence, hypocrisy) then you might as well stop reading this review. (AKA: this book is not for you.) But if you are a reader who enjoys a little snark while the characters poke fun at their own genre (ie: paranormal fiction) then you have come to the right place.

Speaking of characters (*ding* two point for a stellar segue) “The Awesome” is chalked full of some very intriguing ones.  They were predictable (which, in all honesty, was part of the shtick) but they were also secure in who they were, making them fun to get to know.

“So, as I said earlier, I am not the asskicker folks picture when they hear “monster hunter.” For starters, I don’t own leather pants. “What respectable bad-ass doesn’t own leather pants?” you may ask. This on right here. I don’t own a single pair, and if I did? You wouldn’t want to see me in them. There’d be lumps all over the place and a muffin top that resemble peach cottage cheese. I also don’t wear tall boots. They’re impractical. Have you ever tried running in anything with heels, or for that matter, anything squeezing your calves like sausage casings? When you fight monsters, you tend to do a lot of short distance sprinting, and if my life depends on  my capacity to get out of Dodge, I want sneakers with a good tread and nothing else.”

“Allie like to haze me. The problem was she wove lies into her regular conversation so seamlessly, I had no idea what was up and what was down. One time she told me about getting punched in the kidney by a rabid leprechaun, I’d called her on it, and was promptly presented with actual cell phone footage of a frothing-mouthed green man moaning and kicking while he got stuffed into a sack.”

Because of the nature of the novel (and the characters inside of it) sarcasm and self-depreciation are a prominent part of Darrows’ story telling.

“He’d been nice and apologetic the morning after, and that meant my rampant snark was…Wrong. It was wrong. It was like kicking a kitten. Who did that? Who kicked a kitten for fun? Maggie Cunningham, that’s who. Man, I suck.”

“If I’d be hurling Molotov cocktail holy  bombs at attacking vamps, I wanted them to be in pretty pastel colors. Because that was funny to me. Because I wasn’t right in the head.”

She spends an exorbitant amount of time (I’d speculate roughly 65% of the book) crudely mocking cliched storylines, while at the same time putting her own characters into one. (Pissy vampire, unfortunate teenage virgin…etc.) Surprisingly, it works. Though it’s very thin. (I’m talking sheet of paper thin) I didn’t find myself put off by the 5 paragraph plot arc. Instead, I laughed at it’s ridiculousness and then subsequently kept reading. (I mean…who wouldn’t want to find out what happens to the 7ft tall female Russian ghoul?)

Here’s the thing, you can’t take this book too serious, if you do…you are going to be disappointed. It’s rampant with foul language, inappropriate Mother/Daughter conversations, and even has a fairly serious “bow-chicka-wow-wow” scene thrown in for good measure. It’s not going to win any awards. It’s not going to teach you any lesson, and it’s going to make you appreciate that you never walked in on your parents while they were engage in activities that are considered “clothing optional.” What it will do though, make you forget about a bad day at work, a crappy doctors visit, or a rough mommy day. And I don’t know about you, but I could use a book once in a while that doesn’t require a lot of thought, or that will make me ride an emotional rollercoaster.

It’s ok to laugh people, and “The Awesome” will help with that.