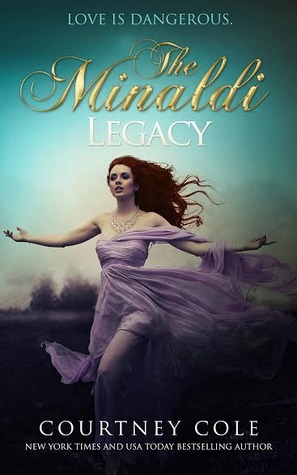 “I’m a monster, Eva. There’s no saving a monster. But I love that you want to try.”

Luca Minaldi is rich, powerful and mesmerizing. He’s also a reclusive enigma. He lives in Malta, a fairy-tale place filled with sunshine and sea, beauty and secrets. And Luca’s darkest of secrets is the best-kept of them all.

Eva Talbot moves to Malta to finish her doctoral dissertation in Psychiatry. When she meets Luca, there is a very real and instant attraction that she has never felt before. But even still, she senses the darkness that lives within him.

Eva is hired to care for Luca’s mother, a woman who suffers from dementia. It is Luca, however, that Eva will eventually risk everything to save… as the legacy that plagues him continues.

As the darkness swirls ever more tightly around her, Eva realizes that no matter how hard she tries, she might not be able to save Luca without losing herself.

Eva and Luca are thrust into a world where their love is tested and darkness reigns. Amid chaos and treachery, love and hate, Luca and Eva learn one important thing.

But it also might be the one thing that can save them all.”

Flabbergasted is not a word I use often when describing books. Besides being (what I would consider) a fairly ridiculous word to begin with, I feel as though it fails to pin-point a specific emotion. What IS flabbergasted exactly? Is being flabbergasted a good thing? A bad thing? Can you scream “I am flabbergasted!” into a crowded room and people know instantly that you are sad? Happy? Confused? I’ll answer that for you…no! Why? Because this one simple words means everything and nothing all at once. So imagine my difficulty when (after finishing Courtney Cole’s “The Minaldi Legacy”) the only word that seemed to pop into my head was this one.

Truth be told…I had ZERO idea what to expect when I agreed to review this book. I’m no stranger to Ms. Cole’s work (so the overall quality of this novel wasn’t a surprise) but what I just read, and what I’ve read of hers in the past… NIGHT and DAY!

For starters, I thought this book was going to sit cleanly in ONE specific genre. I was SO certain that I remember vividly making the statement to my husband: “Oh geez…really? Ugh! Predictability 101!” Which of course made me feel like a grade A bitch when (at the end of the first part) it was so far from what I had thought (and the genre that I had assumed) that I made a mental note to apologize to Ms. Cole for not giving her the benefit of the doubt. So here goes…

I was an idiot. Please forgive me.

I won’t tell you which genre this book sits in. I won’t tell you what I thought it was (because half of the fun was realizing how wrong I was) but I WILL tell you that it’ll have your head spinning. Romance aside, this book is a maze. There are so many brilliantly plotted out twists and turns that even seasoned mystery readers (you know who you are) will fail to pin-point ALL of the climaxes and players. (Hell, I missed a MAJOR one. Or two. *sigh*) In that retrospect “The Minaldi Legacy” was perfectly executed.

But what about the romance? The characters? The overall feel to the book?

Well, let’s start with the romance. It was gushy, yet tortured, and (like all dark romances should be) all consuming. In the prologue you are offered up a small glimpse of who the characters are. Eva is trouble, and desperate, and very obviously able to ignore relationship red flags. She is not weak, but she is not strong either. She is a woman in love…with a man…who is apparently a depraved killer. Luca IS that depraved killer, but we aren’t privy to his dark side yet only the guilt riddled one. The interesting thing? Neither character starts off this way. Instead they are strong. Independent. Bull headed. It’s their devotion to each-other (and by devotion I mean love) that eventually morphs them into the couple you see in the first few pages. Is that a bad thing? No. But it does make for some very compelling character growth.

This is not just another love story though (as I explained above.) It is a vine of interwoven mysteries, secrets, and lies. And all of these traits require additional characters. Two brothers, a few maids, an assistant, a deranged mother, a cafe owner and a guard dog. To be exact. Each very well developed and interracial, both to Eva and Luca’s relationship AND the secrets that move like smoke through their story.

As for the story…I enjoyed it. There were (of course) a few things that rattled my bones (for example Cole’s overuse of the phrase “I tell him that.” Which incidentally disappears in the second part.) And YES, I think it drug on for probably 50 pages more than it needed too. But in the end, I was stunned, happy, and pleased with what I had just spent a day and a half devouring.

So what does this mean for YOU…the reader?

Well, it means that this is a solid book. Don’t be afraid to spend a little dough on it.

Happy Reading my fellow Kindle-ites and remember: “The weak can never forgive. Forgiveness is the attribute of the strong.” – Mahatma Gandhi 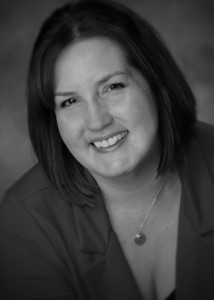 Courtney Cole is a novelist who would eat mythology for breakfast if she could. She has a degree in Business, but has since discovered that corporate America is not nearly as fun to live in as fictional worlds. She loves chocolate and roller coasters and hates waiting and rude people.

Courtney lives in quiet suburbia, close to Lake Michigan, with her real-life Prince Charming, her ornery kids (there is a small chance that they get their orneriness from their mother) and a small domestic zoo.

One thought on “A Tortured Past + Giveaway!”