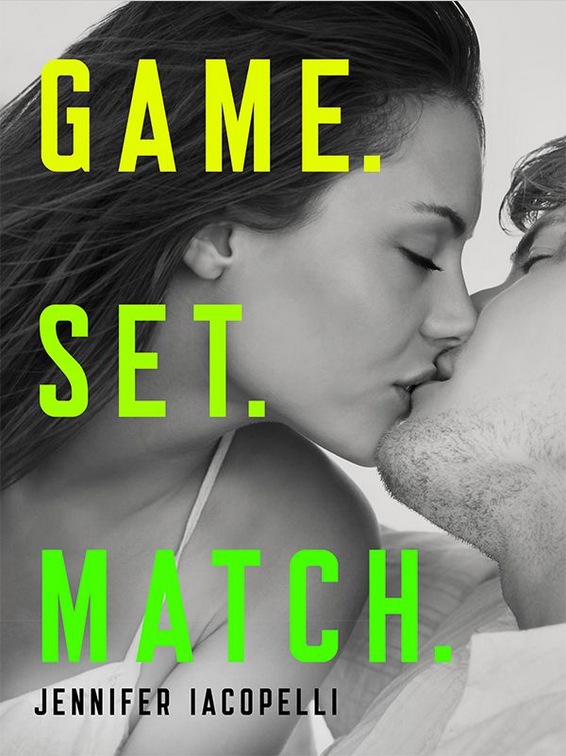 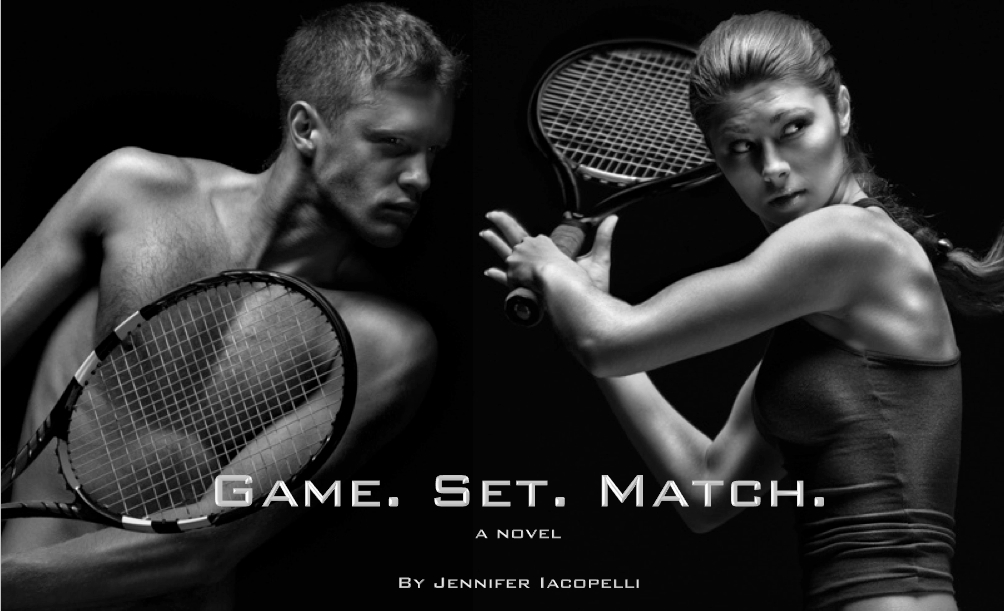 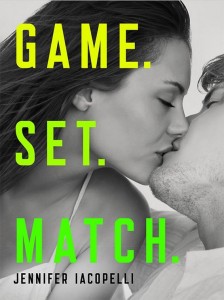 I am a hardass.

Or at least that’s what I like to tell myself.

The truth is…I’m a Sap. (With a capital S.)  I swoon over fluffy kittens, I lose all comprehension of the English language around babies, and though I tell my husband our DVR is full of ABC Family melodramas simply to torture him, the fact is, I just freaking love them.

Let’s be honest for a second shall we? There is nothing more compelling than a gaggle of perfectly coifed uber rich socialites. The Princess. The Underdog. The Mean Girl (insert meow.) they are (in a sense) immaculately scripted reality TV body doubles. And while we KNOW we shouldn’t watch them (like we know we shouldn’t watch a dog chase it’s tail for an hour) we just can’t help ourselves. It’s too damn entertaining not to.

Game. Set. Match. is an ABC Family drama in the form of a book. Full of pretty people. Jamb packed with angst filled kissing. Totally cliche. And UNDENIABLY absorbing. (Even if your only interest in Tennis is Paul Bettany via Wimbledon from way back in 2004.)

Nestled along the North Carolina coast, the Outer Banks Tennis Academy is the world’s most elite training facility. In this pressure-cooker environment, futures are forged in blood and sweat, and dreams are shattered in an instant.

Penny Harrison, a rising female star, is determined to win the French Open and beat her archrival, Zina Lutrova. But when her coach imports British bad boy Alex Russell as her new training partner, will Penny be able to keep her laser-like focus?

Tennis is all Jasmine Randazzo has ever known. The daughter of two Grand Slam champions, she’s hell-bent on extending her family’s legacy and writing her own happily-ever-after…until her chosen Prince Charming gives her the just-friends speech, right before the biggest junior tournament of the year, the Outer Banks Classic.

With a powerful serve and killer forehand, newcomer Indiana Gaffney is turning heads. She’s thrilled by all of the attention, especially from Jack Harrison, Penny’s agent and hot older brother, except he keeps backing off every time things start heating up.

With so much at stake, dreams—and hearts—are bound to break.

The most interesting thing about GSM is that it comes at you from every angle.

Whatever do you mean Misty?

Well, unlike the books that are traditionally published in this genre (which is a weird mix of YA and NA) we are not limited to one perspective.

All three girls (Penny, Jas and Indiana) have a voice. Normally this wouldn’t be something I touch on. Multiple POV is not at all uncommon in literature. But Iacopelli’s choice to write her characters this way, in this particular genre, gave her an edge.

We get to see behind the curtain. Meet the wizard and make assumption based on ALL of the information, not just pieces of it.

Is the Princess (Penny) in the story really as untouchable as her peers view her? According to the Underdog (Indiana) no. The Mean girl? (Jas) Yes! Finding out why through their different narratives (both externally and internally) is the hook that won’t let you go.

The Underdog…does she really deserve to be the target of the Mean girl?

Is Mean Girl actually mean? Or is she just misunderstood?

The complex choice in storytelling allowed for a complex range of emotions, ultimately making the characters approachable. (Despite their unconventional tennis star upbringing.) And in the end, they morphed into something that can almost be misconstrued as “likeable.”

As for the plot…it was formulaic  But in a good way. (Hey..simmer down, it’s possible!) I knew what was coming roughly 10 pages before it happened, but I still wanted to know exactly how it would play out. The NEED to know trumps predictable any day of the week. (Why do you think Hallmark movies are so successful?)

When it’s all said and done, I think the biggest compliment I can give Game. Set. Match is that there is absolutely nothing wrong with it. (Which coming from my over analytical and judgy mind is like handing out an Oscar.) It’s fun. It’s quirky. And incredibly easy to read. (1 day max.) Perfect for those of you stocking your kindle for the summer.

Happy Reading my fellow Kindle-ites and remember: sometimes its ok to be a little sappy.