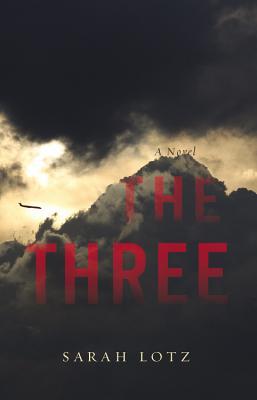 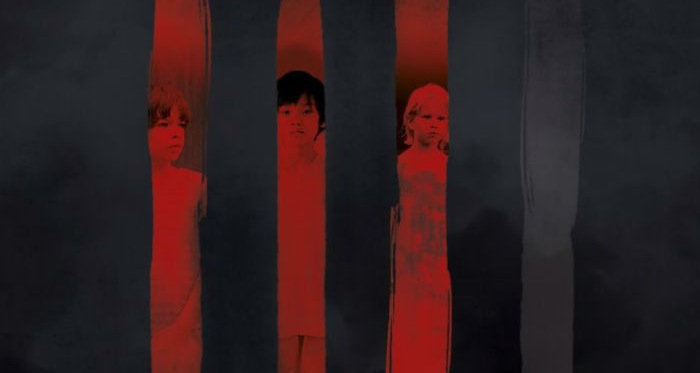 Four years ago, when the movie “Inception” came out, I told all of my friends to go see it. “Watch this movie!” I said “but make sure you pay attention. It’s a thinking man’s movie, not a Pixar flick.” (Not that there any anything wrong with Pixar. I love a good cartoon debacle as much as the next girl, but to be fair…complex is not the term I would use to describe them. Heartfelt and enlightening? Yes.) Anywho, back in June (when I actually read Sarah Lotz’s “The Three”) I remember saying the same thing. “Read, but pay attention! (Okay, more or less the same thing.) My closest friends took me at my word and moved on, but I DID receive a few noteworthy “Don’t be a condescending douchnozzle” looks from others. Which is exactly why I going to take the time now (months later, sorry about that) to explain myself.

“The Three” is a brilliant book. The concept is undeniably genius. The writing: spot on. The characters? Well developed. Even the plot was “Oh holy crap!” All things you want to hear when reading a review right? Right.

So why am I offering out warnings before recommendations?

Because it isn’t your Average Joe leap into Mount Thriller. It is (no joke) a book, inside a book, about a book. (That “Inception” reference is making a lot more sense now isn’t it?)

Now, you could easily go to Amazon and read a sample to understand exactly what I’m talking about, but to save you some time (and keep you rivited to my incredibly articulate ass) I’ll break it down for you. Well…AFTER I share the synopsis.

Four simultaneous plane crashes. Three child survivors. A religious fanatic who insists the three are harbingers of the apocalypse. What if he’s right?

The world is stunned when four commuter planes crash within hours of each other on different continents. Facing global panic, officials are under pressure to find the causes. With terrorist attacks and environmental factors ruled out, there doesn’t appear to be a correlation between the crashes, except that in three of the four air disasters a child survivor is found in the wreckage.

Dubbed ‘The Three’ by the international press, the children all exhibit disturbing behavioral problems, presumably caused by the horror they lived through and the unrelenting press attention. This attention becomes more than just intrusive when a rapture cult led by a charismatic evangelical minister insists that the survivors are three of the four harbingers of the apocalypse. The Three are forced to go into hiding, but as the children’s behavior becomes increasingly disturbing, even their guardians begin to question their miraculous survival…

Now that we’ve gotten semantics out of the way let’s talk about the plotting labyrinth that is “The Three.”

To be fair, it starts like every other thriller. Something horrible happens. Bam! Stage set. In this particular case; it’s a self-indulgent (wildly obnoxious) woman named Pam meeting her maker. Quite dramatically. (Okay, she doesn’t actually bite it in the opening pages but it’s implied.) From there the book takes a turn.

Enter: The book inside the book.

(Who is ultimately/abstractly the narrative center for this wackadoodle story. Not poor Pam. Who I’m still not sure has any clear idea of what just happened. Dead or not.)

At this point the book is exactly what you would expect. A collective of first hand accounts of those surrounding the four down flights (and it’s mysterious survivors) that make up the primary plot line of the ENTIRE novel.

For example: The first chapter (which is a part of a section titled – The Crash) is an excerpt from ANOTHER novel titled:

“Guarding Jess: My Life with One of The Three” by Paul Craddock.

Are you confused yet? Well sit back, cause I’m just getting started.

The book (inside the book) continues in the same general sense for the remainder of the WHOLE novel. There are screen shots of chat room conversations. (Ex: Chiyoko Kamamoto, the 18 year old cousin on Sun Air 678’s only surviving passenger, Hiro Yanagida, first met Ryu Takami on the forum of a popular online role-playing game. The original was written predominantly in “chat speak,” but for ease of reading and consistency, with the exception of Ryu’s use of emoji, this has been modified. Translated by Eric Kushan.)

A ton of interviews. (Ex. Dr. Pascal de la Croix, a French robotics professor who is currently based at MIT, was one of the few people Hiro Yanagida’s father, renowned robotics expert Kenji Yanagida, agreed to talk to in the weeks following the crash that took his wife’s life.)

All written to introduce the characters and “situation” to the reader with out bluntly laying it out. (As is more often the case.)

So what does all of this mean for the actual story?

1) You are getting multiple stories at once that create a bigger picture. They don’t necessarily intertwine, but the circumstances surrounding each story do tend to bounce off of each other.

2) It reads like the love child of a thriller and non-fiction narrative. One moment you are neck deep in a story about a dude seeing ghost, the next you are reading a statement from a first responder. (It’s a little weird at first, until you realize it’s quasi-brilliant.)

I’m not going to lie, it’s a lot to take in. The story (which can be dark and kinda creepy at times) the amount of perspectives (which I honestly lost track of after 5) even the descriptive passages (crash sites, the Aokigahara suicide forest, a cult compound….etc.) that are few and far between are weaved in and out of an already complicated (are they the four horseman of the apocalypse?) premise. That alone will deem this a no go for a number of people. But that doesn’t mean you should instantly count it out. (Come on…your brain could use the exercise right?)

With the exception of the non-ending (which I have a huge issue with, despite it being an intelligent call on Lotz’s part. Aka, make the audience decide whether or not they believe the hype) I enjoyed the uniqueness of this novel more than I ever expected to. I can safely say that I have NEVER read anything like it. And…I have recommended it more than once.

Despite my narcissistic pandering above though, I do recommend you take the opportunity to read the sample before making the purchase. This is NOT a cheap book ($13) AND I know that I would be pretty riled up if I dropped that kind of cash without fully understanding what I was getting myself into. BUT I will say this. If you love complex creepy with a touch of lunatic. This is the book for you.