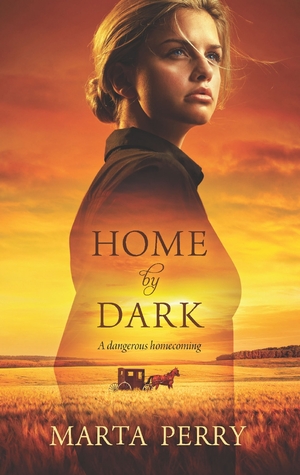 A few weeks ago I was wandering aimlessly through my favorite bookstore when I was struck with this overwhelming need to read a simple (not simple-minded) clean romance.

My husband, who is used to seeing me peruse shelves of a much darker variety (aka: Science Fiction/Fantasy or even Horror) was shocked when he finally found me staring transfixidly at the Christian Fiction aisle. I’m in no way opposed to this section of the store mind you, but it’s a bit of an abnormality to find me hovering in it. Which is (I’m assuming) why instead of asking if I had found something to read I heard the words:

“Are you sick?” instead.

I turned to him, eyebrow cocked (my signature WTF are you talking about facial expression) and waited for further explanation.

Upon further examination, that probably wasn’t necessary. But he indulged me all the same.

“Misty, it’s been YEARS since you have read anything from these aisles, I was almost convinced they were a mirage.”

(For transparency sake, that’s not exactly accurate. I read “The Shack” this summer for the very first time. Please don’t stone me. I bruise easily.)

But it had (in fact) been quite some time since I found myself reaching for a romance that didn’t promise pages or sexy time, but rather a clean approach to family, faith and love.

So why did I choose Marta Perry’s “Home by Dark?” Because it promised mystery as well, and apparently I can’t stray too far from my roots or I go into convulsions. And at the end of the day, though I enjoyed it and found that it curbed my momentary need to be wholesome, I also found that it came with a few flaws. The most notable: emotional detachment.

Rachel Weaver Mason is finally going home to Deer Run, the Amish community she left behind so many years ago. Recently widowed, she wants desperately to create a haven for herself and her young daughter.

But the community, including Rachel’s family, is anything but welcoming. The only person happy to see her is her teenage brother, Benjamin, and he’s protecting a dark secret that endangers them all.Determined to keep Benjamin safe from a suspected killer, Rachel has no choice but to turn to the one man she wanted to get as far away from as possible. Colin McDonald was her late husband’s friend, and the man who came between them. He’s never forgotten her and would do anything to keep her and her family safe.Rachel doesn’t know if she can trust Colin, or her growing feelings for him. But as they hunt for the killer, the tension between them builds and soon both their lives, and their hearts, are on the line.

So, what does “emotional detachment” really mean?

Well, in layman’s terms it means I didn’t connect with the characters.

I’ve always thought (and still do) that for any romance to succeed the reader must be anxious for the characters involved. If (for example) you don’t find yourself excited to see certain character enter the scene,  the chances of you maintaining any sort of interest in their overall existence is going to be very limited. If you don’t feel flutters, or your breath doesn’t catch once in a while from certain phrases, then your enthusiasm for their triumph is going to fall flat.

This was the case for me with “Home by Dark.”

Rachel and Colin have a very long, very sordid (apparently) history, but it is barely touched upon. A few paragraphs here and there do not a true romance make. I honestly think if Perry had focused more on the building of both characters (for instance: having a more in depth view of Colin’s feelings after their first (sneak attack) kiss as teenagers) I would have felt more invested. Colin is under Rachel’s feet the entire novel. Each incident is paired with an appearance and conversation, but I had a hard time understanding where his hero complex was coming from. (Aside from physical attraction.) Rachel was not much better. She was living in a perpetual state of jiltedness. Her family, her late husband, her Mother-in-law all had very intense feelings towards her, but they were barely touched upon. They were hinted at, and there were a few bullet points  here and there, but nothing to support the amount of animosity she was receiving. (For the record, I do understand the Amish culture and their rules for banishment, I’m not talking about that specifically.) In the end I was happy for both characters, but I wasn’t captivated by them. They were there, they had their moment, I was moving on.

And so was everyone else.

The supporting cast (unlike the leads) were a much more interesting group to follow. Rachel’s best friend (for example) is stuck at home with a codependent mother. Laura (the ex-girlfriend of a long deceased High School heart-throb) was now a self-medicated plastic version of her former self. (FYI- part of the mystery is finding out why.) And even Colin’s dad (who is suffering from dementia) had truly humanizing moments that made it impossible to not feel empathy. As a whole they created a rather magical cast, but they also overshadowed the intended plot line (from time to time.)

As for the plot, it was ok. Nothing outstanding, and nothing that couldn’t be predicted..but what isn’t these days?

There are a few scenes that stand out. Written spectacularly and evoked the intended amount of intense emotion, but for the most part the suspense was an afterthought. And (as much as I hate to admit this about ANY book) it began to drag horribly around the midway point. I felt as if I was going around in a circle when (as a reader) I already knew what was going to happen. Why drag it out?

Now, Negative Nancy aside…I did find some redeeming qualities that I have been missing in most of the romances I have read lately. 1. A true commitment to family. Drama, crazy men with guns and romance aside… Rachel was trying to do what was best for her child. Something I can truly admire. Colin made some of those same sacrifices. 2. There wasn’t an overwhelming need to rush physical contact. Like I said above, this is a clean read, and sometimes…less really can be more. And 3. Attention to humanity. Rachel and Cole didn’t live in a world of their own design. They lived in the real world where there are bills, and responsibilities and things don’t always go as planned. It was refreshing.

So where do I stand on the metaphorical fence?

As author Nikki Kelley would say… “perched on top.”

This book was neither bad or good. It was (ultimately) just something to read when a few free moments presented itself. Some aspects could have been better, and others were spot on.

“Home by Dark” isn’t going to change the world, but it might make you appreciate simpler things most often overlooked.

If that is what you are seeking, this is probably a decent place to find it.

Happy Reading my fellow Kindle-ites and remember: Honesty is often the best policy.