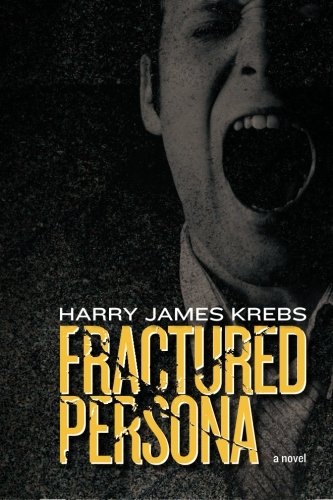 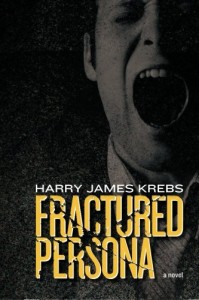 About a month ago I reviewed (on Amazon, not here) a book called “Flip.”  In “Flip” a teenage boy wakes up (after a horrible accident that was never actually described) in another boy’s body.  Not exactly the best way to start off your morning right? Well, as the story progressed we learned that even though Alex (the boy now living inside Flip’s body) had technically kicked the bucket, his soul had other plans.  As in “Do not pass Go. Do not collect $200. Go directly to…. the closest available body.”

Anyways…I was not a big fan of this book, I actually think I rated it a 1, (I’d have to go back and look) but that’s beside the point, the point is that the concept was not the problem.  The execution was.  Why? Because it never went anywhere.  The entire book felt one long unmitigated journey to no man’s land.  Other than Alex trying to find out what the hell happened to him, (which yes… I admit did have it’s moments, why wouldn’t it) there was nothing to the story. Zip. Zilch. Nada.  Think of it as waiting, for 274 pages, for a shoe to drop that eventually you realize… was on your foot the whole damn time.  It was exhausting.

So what does this have to do with Harry Krebs’ novel “Fractured Persona?”  Everything.  “Fractured Persona” is “Flip” written correctly. (Ok…it’s a bit of a “grown-up” version, but it’s the same general story. I’ll stop talking now.)

“Richard Fornek is shocked to discover he has acquired not only a different identity, but also a new body after recovering from a coma in a North Carolina hospital. Although he recalls every detail of his life as Richard Fornek—his job back on the West Coast as a structural engineer, and his stormy thirteen-year marriage to Karen—his appearance is that of local warehouse worker Dan Curtis. Traumatized, he insists that he’s Richard Fornek, but when faced with the prospect of incarceration in a psychiatric hospital, has no choice but to live as Curtis; including accepting his marriage to Curtis’s spunky wife, Elizabeth. Before long, Fornek finds himself beginning to fall for Elizabeth, but the accusation of the murder of Curtis’s former lover throws a wrench in the blossoming relationship. Fighting to prove his innocence, he attempts to plead his case to his only confidante, a Baptist minister. If all fails, he will be faced with the death penalty and losing the woman he has grown to love. Steeped in mystery, suspense, and a touch of humor, Fractured Persona by Harry James Krebs is guaranteed to keep readers guessing from the first page to the last.”

“Hey Misty….What made “Fractured Persona” so different?” Well, in the most ridiculous of terms (cause duh…that’s what usually pops into my head) it had gumption. Not only did Krebs write a story that is sure to draw anyone in from the very first sentence.

“I wasn’t sure how long I was conscious before I became aware of my surroundings.  It could have been minutes, but it could have also been several hours.  I slowly lifted my head to inspect the setting around me.  The medical facility decor was unmistakable, with it’s cinder-block walls painted with cream-colored glass paint for ease of cleaning.  The air in the room was filled with the usual antiseptic smell mixed a hint of urine.  I hoped it wasn’t mine.”

But he managed to write a story that is not only intriguing on a “mental” level but an emotional one as well.

What do I mean? Well… first of all, it’s kind of hard not to focus on the fact that Richard/Dan hasn’t the faintest idea of who he is, where he is, or why he is there, but that’s not what makes the story.  What makes the story is what happens to him WHILE he’s trying to figure all of this out.

Stop. I know what you are thinking. “Duh Misty….we know that “what happens to him WHILE he’s trying to figure all of this out” is what the story it about.  It’s kind of obvious!!!”  But hear me out, cause I assure you, that’s not what I’m thinking.

Richard is a bit of a disaster, but underneath all of the moaning and groaning about his less than perfect life, he’s a good guy.  Dan (the man’s body that Richard decides to go all body snatchers on) isn’t a good guy.  As a matter fact he is probably one of the worst “Body snatching” options on the planet.  He is a drunk.  He is an ass. He is a cheat, and even more impressively disgusting…he is the prime suspect in murder investigation.

Overcoming THESE obstacle, not his missing body, is what drives the plot in this book. (This is the “kicker” that was missing from “Flip.”)

If I’m being completely honest, I was rather impressed by Krebs’ ability to make me both adore and want to strangle the lead character.  While we (meaning the readers) know that Richard is Richard, not Dan.  It’s hard not to want to lash out at him for all of the shitty things he has done to those around him.  For that, and that fact alone… I pat Krebs on the back.  It’s a pretty impressive feat to accomplish in 312 (or so) pages.

My only complaint? There was never a definitive resolution to the whole “Hey…this isn’t my body!” situation, but… I guess, you can’t win them all.

All in all… a pretty interesting book.

If you like a good mystery and thrive on the unknown, this one might be a good gamble for you.  If nothing else, the ending shocked the socks off of me and that is a pretty hard thing to do these day.