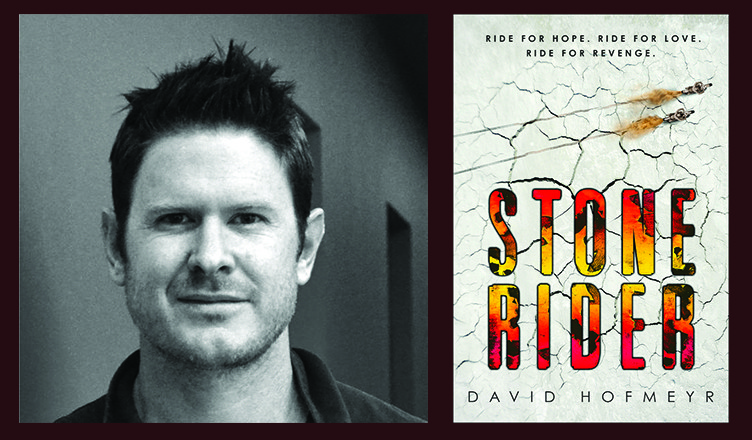 DAVID HOFMEYR was born in South Africa and lives in London and Paris. In 2012 he was a finalist in the SCBWI Undiscovered Voices competition and in 2013 he graduated with distinction from Bath Spa University with an MA in Writing for Young People. He works as a Planner for Ogilvy & Mather in the UK. Stone Rider is David Hofmeyr’s first novel. He also wrote the companion novel, Blood Rider.

On your nightstand now: Butcher’s Crossing by John Williams. Anna and the Swallow Man by Gabriel Savit.

Favorite book when you were a child: The Little Prince by Antoine de Saint-Exupéry.

Book you’re an evangelist for: The Road, by Cormac McCarthy.

Book that changed your life: All the Pretty Horses, by Cormac McCarthy.

Favorite line from a book: ‘The man in black fled across the desert, and the gunslinger followed.’

Which character do you most relate to: Holden Caulfield.

Book you most want to read again for the first time: Skellig by David Almond.

Tell me about YOUR book:  Think the Hunger Games meets Mad Max. An adrenalin-fuelled race across an epic desert. A battle for survival and humanity in a world where hope is all people have. This is the story of 15 year-old Adam Stone who wants to escape Blackwater, a dustbowl town in the middle of nowhere. When his brother is killed, Adam is forced to enter a brutal race. Together with the dangerous outsider, Kane, and the beautiful, Sadie Blood, Adam will race his semi-sentient ‘byke’ across the wild Badland. His life is reduced to survival and vengeance.

“Hofmeyr constructs a bleak futuristic world and a landscape both sublime and unforgiving…[in his] novel about self-preservation and reclaiming one’s humanity amid brutality.”–Publishers Weekly 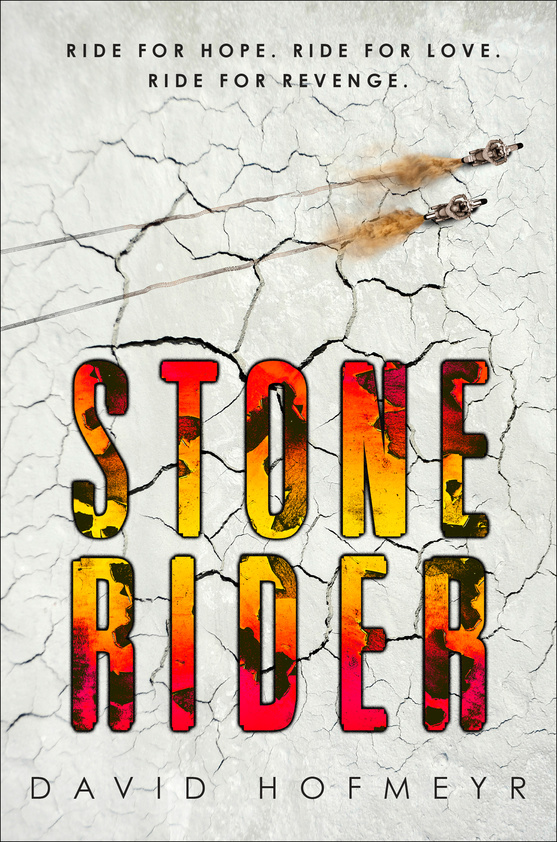 In the vein of the cult classic Mad Max series, crossed with Cormac McCarthy’sThe Road and S.E. Hinton’s The Outsiders, this inventive debut novel blends adrenaline-fueled action with an improbable yet tender romance to offer a rich and vivid portrayal of misfits and loners forced together in their struggle for a better life.

Adam Stone wants freedom and peace. He wants a chance to escape Blackwater, the dust-bowl desert town he grew up in. Most of all, he wants the beautiful Sadie Blood. Alongside Sadie and the dangerous outsider Kane, Adam will ride the Blackwater Trail in a brutal race that will test them all, body and soul. Only the strongest will survive.

The prize? A one-way ticket to Sky-Base and unimaginable luxury.

And for a chance at this new life, Adam will risk everything.