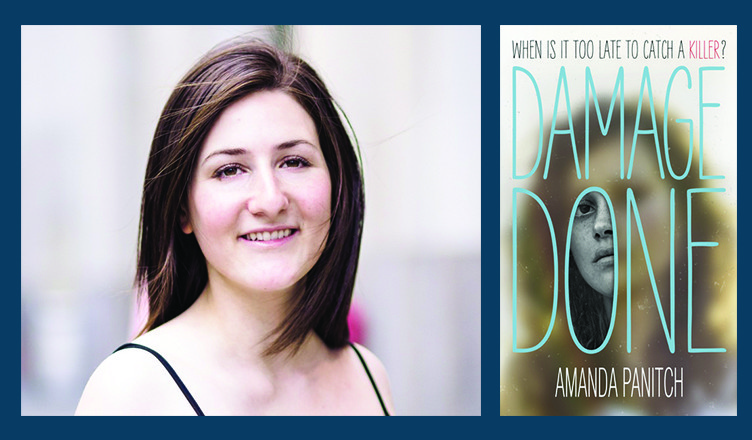 Amanda Panitch grew up next to an amusement park in New Jersey and went to college next to the White House in Washington, DC. Amanda now resides in New York City where she works in book publishing by day, writes by night, and lives under constant threat of being crushed beneath giant stacks of books.

On your nightstand now: THE SACRED LIES OF MINNOW BLY by Stephanie Oakes

Favorite book when you were a child: ELLA ENCHANTED by Gail Carson Levine, the MORTAL ENGINES quartet by Philip Reeve, the AIRBORN trilogy by Kenneth Oppel, A GREAT AND TERRIBLE BEAUTY by Libba Bray…

Your top five authors: This is painful (to pick so few) but here are five of my favorites: Patrick Ness, Lauren Oliver, Nova Ren Suma, Tamora Pierce, Brandon Sanderson

Book you’ve faked reading: JANE EYRE. I was supposed to read it in both high school and college and just couldn’t get through it.

Book you’re an evangelist for: A NATURAL HISTORY OF DRAGONS by Marie Brennan. Read if you’re interested in a Victorian-era alternate Earth, where dragons exist and are studied by anthropologists and biologists like any other animal, and in following a woman naturalist who is both kick-ass and not afraid to be feminine.

Book that changed your life: Is it too cliché to say DAMAGE DONE?

Favorite line from a book: I don’t usually remember specific lines, but I’ll say: “All was well.”

Which character do you most relate to: Cath from Rainbow Rowell’s FANGIRL.

Tell me about YOUR book: DAMAGE DONE revolves around Julia Vann, who’s living under a new identity after her twin brother committed a horrific crime, which she claims not to remember. One day, she notices she’s being followed by her brother’s old psychologist. She has to figure out what he’s up to, and why, before he exposes her past to her new friends… or so she tells the reader.

“Exceedingly clever and surprisingly unsettling, Damage Done is an unforgettable read.” –Melissa Marr, New York Times bestselling author of Made for You

“In her incredible debut novel, Amanda Panitch leaves you on the edge of your seat. Prepare to be stunned. Prepare to be torn apart.” –Roxane Gay, New York Times bestselling author of Bad Feminist

“A brilliant thriller. Gillian Flynn for the YA set.” –Amy Christine Parker, author of Gated 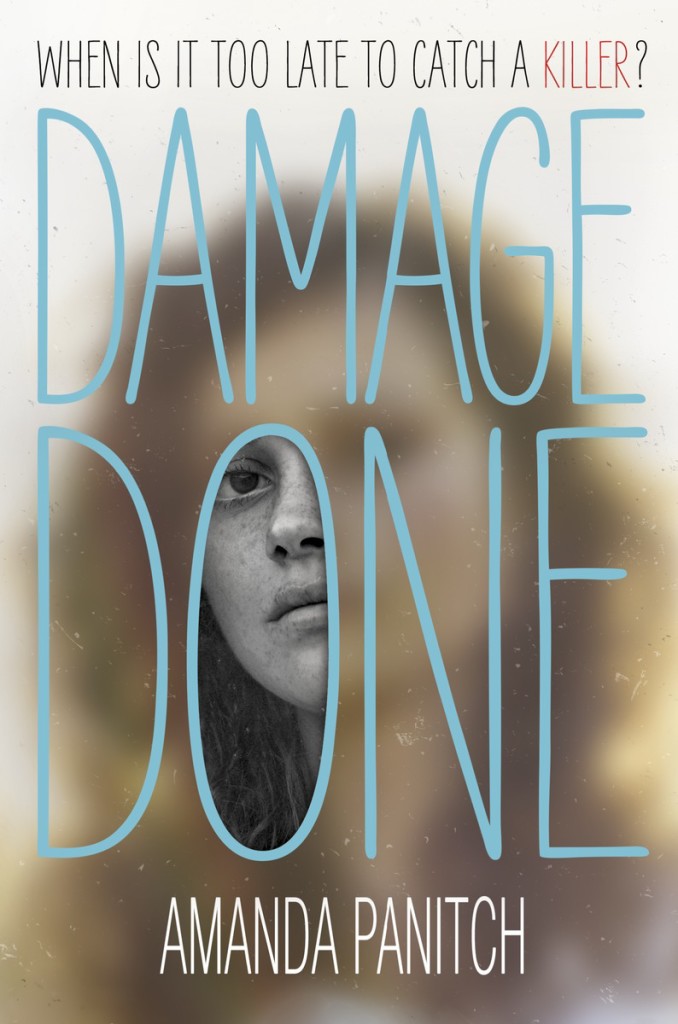 Before: Julia had a twin brother, a boyfriend, and a best friend.

After: She has a new identity, a new hometown, and memories of those twenty-two minutes that refuse to come into focus. At least, that’s what she tells the police.

Now that she’s Lucy Black, she’s able to begin again. She’s even getting used to the empty bedroom where her brother should be. And her fresh start has attracted the attention of one of the hottest guys in school, a boy who will do anything to protect her. But when someone much more dangerous also takes notice, Lucy’s forced to confront the dark secrets she thought were safely left behind.

One thing is clear: The damage done can never be erased. It’s only just beginning. . . .