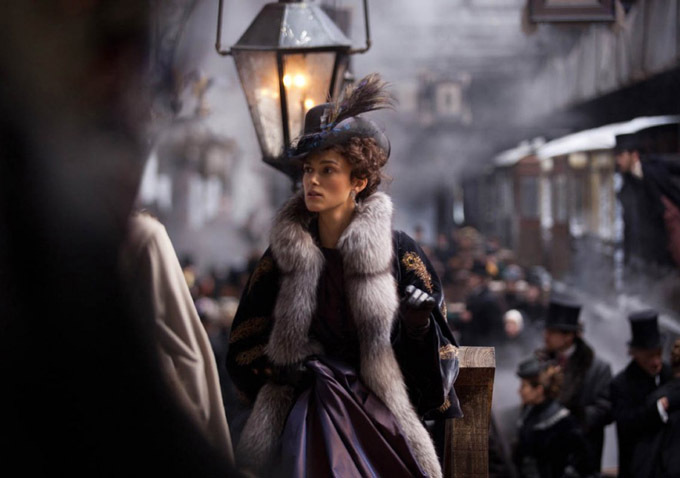 Film adaptations are not a new thing, (especially when it comes to a book like Anna Karenina) but what IS new is the way they are being filmed.  Joe Wright, (director of Pride & Prejudice, Atonement, and Hanna…just to name a few) has decided to make Anna his new pet project, and he is doing so in a way that is shocking the cinema world.  Instead of using all of the resources mother natures (and a black American Express card) can provide him, he has decided to film Anna Karenina on ONE STAGE! That’s right…say goodby to predictable Russian streetlamps and bitter cold Joe has decided to take his film inside!

“Wright made the audacious decision to shoot the film nearly entirely on a single stage, in a take that has been described as being set in an “elastic universe” that will include toy trains and dollhouses standing in for exterior locations. Focus Features has dropped a handful of new images from the film, and if anything, this will certainly look gorgeous. But that’s not too much of a shock really, considering Wright is one of the best (if somewhat underrated) visual filmmakers working right now.”  – Kevin Jagernauth (The Playlist)

Unfortunately for all of us Hollywood obsessed Americans the film (as to date) has no release schedule for the US (boo) but with a premier date of September 7th in the UK, one can only hope that we aren’t that far behind.

One this is undoubtedly certain though…US release or not, this is sure to be one hell of a eye catching film! Just take a look at some of the camera stills!