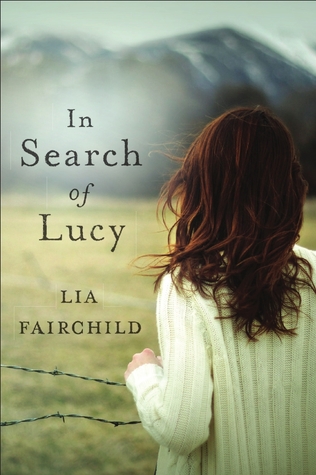 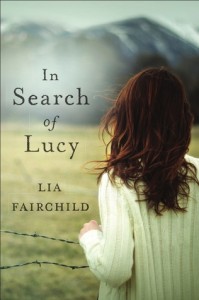 Writing reviews (to me at least) is very personal.  I have this unbridled passion for books, and the need to tell everyone about them, but from time to time I find myself at a loss.  Not necessarily because the book was good or bad, but because it expresses something so much deeper than myself.  “In Search of Lucy” is a good example of one of those moments; that time in space when I feel like I’ve stared at this blank page much longer than it took me to read the book, struggling to find the words.  Then it hits me, or at least a quote from another book does and everything clicks.

About 15 minutes ago, I was sitting in my car at a stop light, fuming from a (lets just say) less than pleasant day when the book I was listening to said something that caught my attention.

“Sometimes, as people, we need to shatter so that the BETTER people in our lives can help glue us back together.”

One sentence.  It took Deb Caletti one sentence to express all of the sentiments that “In Search of Lucy” possessed.

“Thirty-year-old Lucy Lang’s in freefall. Unfulfilled at work and abandoned by both her alcoholic mother and the sister she helped to raise, she’s become cynical and depressed. Then, just as romance strikes, she finds out her sister needs a kidney transplant and only Lucy can help. Bolstered by new found friends, Lucy sets out on a road trip to save her sister’s life and in the process, makes discoveries about the kind of person she truly is.”

I said about a month ago, (after reading “Friends Like Us”) that I was DONE with chick-lit.  After being repeatedly disappointed I was going to take a stand and refuse to put myself through that sort of torture again.  Apparently…I am all talk, noooo follow-thru.

A VERY long time ago (so sorry by the way) the lovely Ms. Lia Fairchild asked me to review her book, and because of horrible organizational skills (aka I accidentally deleted the email with the book when I was trying to clean my inbox) I never got around to it.  So…recognizing what an inexcusable mistake I had made I quickly scooted over to Amazon and purchased it.

I’m delighted that I did.

While, (I’ll admit) I’m still a little concerned about “chick-lit’ and it’s contribution to society in general…”In Search of Lucy” was NOT your normal chick-lit.  Was there whining, drinking and the “oh so predictable” bout of self-destruction? Yes…that is very obviously a chick-lit standard, but Fairchild’s ability to teach lessons of forgiveness, (both for others and yourself) is what REALLY drove this book.

In short… Lucy is a flat out disaster.  She has issues with her past that dictate her future, and though she doesn’t recognize it in herself, (initially) she is slowly becoming the part of her “past” that she despised to begin with.  She cuts off her nose to spite her face on several occasions, and she absolutely refuses help from the people around her, (who she basically views as “props” in her cracking planet.) But when her sister get’s sick, and she has no choice but to accept help, (graciously or not) she starts to recognize that SHE has created her own prison, not her family.

This book follows Lucy’s journey back to HERSELF.  It’s not just about romance, and a sisters fight for life.  It’s about acceptance of what was, what is, and what will be.  And… more importantly, (unlike most chick lit) it has a very defined, finite ending.  Goodby guesswork!

Now, while I can’t necessarily recommend this book to everyone, I will say that…in regards to chick-lit, (on this ONE occasion) I have been proven wrong.  If you enjoy the trials of self-discovery and all that that involves…chances are you will like this.  If you are an action nut or a flat out “romance” fiend… pass.

Happy Reading my fellow Kindle-ites and remember: Forgiveness is a virtue of the brave.  A lesson I myself would do well to remember.