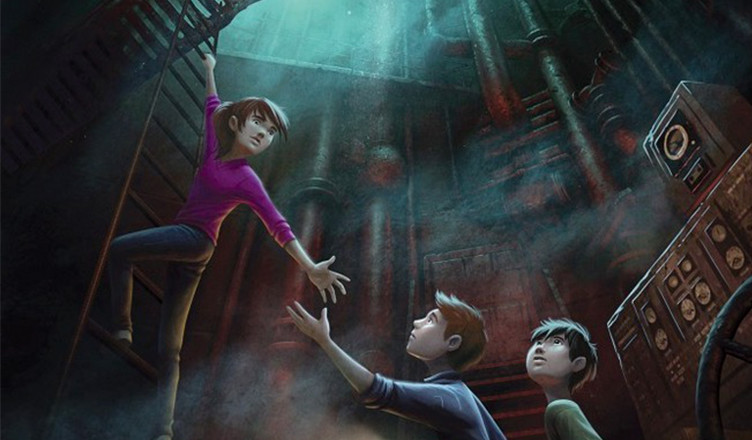 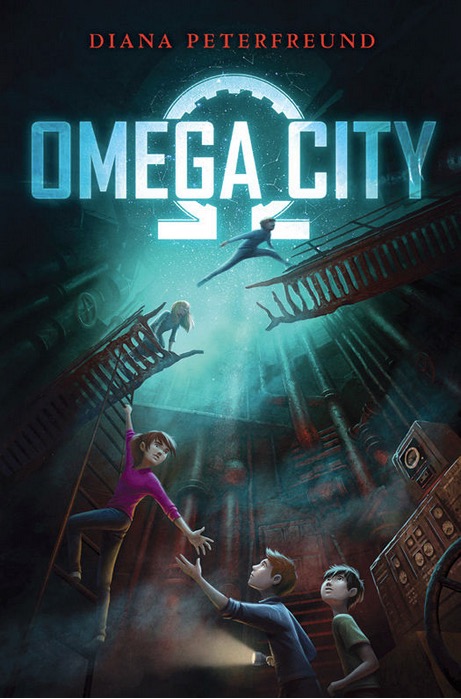 Gillian Seagret doesn’t listen to people who say her father’s a crackpot. His conspiracy theories about the lost technology of Cold War–era rocket scientist Dr. Aloysius Underberg may have cost him his job and forced them to move to the middle of nowhere, but Gillian knows he’s right and plans to prove it.

When she discovers a missing page from Dr. Underberg’s diary in her father’s mess of an office, she thinks she’s found a big piece of the puzzle—a space-themed riddle promising to lead to Dr. Underberg’s greatest invention. Enlisting the help of her skeptical younger brother, Eric, her best friend, Savannah, and Howard, their NASA-obsessed schoolmate, Gillian sets off on a journey into the ruins of Omega City, a vast doomsday bunker deep inside the earth,.

But they aren’t alone inside its dark and flooded halls. For while Gillian wants to save her dad’s reputation by bringing Dr. Underberg’s secrets to light, there are others who will stop at nothing to make sure they stay buried . . . forever.

WHAT PEOPLE ARE SAYING

“With seamless writing, a thrilling plot, lots of engaging science puzzles, and remarkable characterization, Peterfreund’s exciting tale keeps the adventure solidly in the foreground. Young readers looking for a page turning quest should get into this planned series on the ground floor.” — Booklist *Starred* Review

“Peterfreund’s focus on character development is complemented by the equal attention she gives to the vast underground city itself. Gillian’s instincts to protect her friends and clear her historian father’s tarnished name are admirable, but Peterfreund gives every character the opportunity to grow, revealing themselves for who they really are.”— Publishers Weekly

“With nonstop action, sly humor, and nothing short of the end of the world at stake, Omega City is the alpha book in a new series that mashes up mystery, scifi, and action/adventure into a thrilling novel you’ll want to devour in one sitting. I did, and I can’t wait to read what comes next!” — Peter Lerangis, New York Times Bestselling author of the Seven Wonders series

“Diana Peterfreund takes us to an underground city that’s utterly mind-blowing, yet disturbingly possible. A knockout of a story that will have readers cheering straight through to the final, shocking, twist.” — #1 New York Times bestselling author Gordon Korma 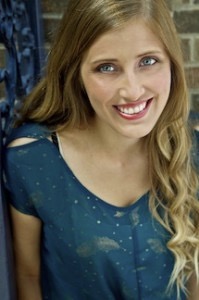 Diana Peterfreund has published ten novels for adults, teens, and kids, including the four-book Secret Society Girl series (Bantam Dell), the “killer unicorn novels” Rampantand Ascendant (Harper Teen), For Darkness Shows the Stars (a post-apocalyptic retelling of Jane Austen’sPersuasion), and Across a Star-Swept Sea (inspired by the classic series The Scarlet Pimpernel). Her newest novel, OMEGA CITY, is a contemporary adventure novel for younger readers set in a secret bunker city somewhere under modern Maryland.

Her works have been named to the New York Public Library’s Books for the Teen Age list, the Capitol Choices (metro DC-area) reading list, and the Texas Lonestar List, as well as having been named to Amazon’s Best Books of the Year. In addition, she’s written several critically acclaimed short stories and a variety of non-fiction essays about  popular children’s literature.  Diana lives outside Washington D.C., with her family.